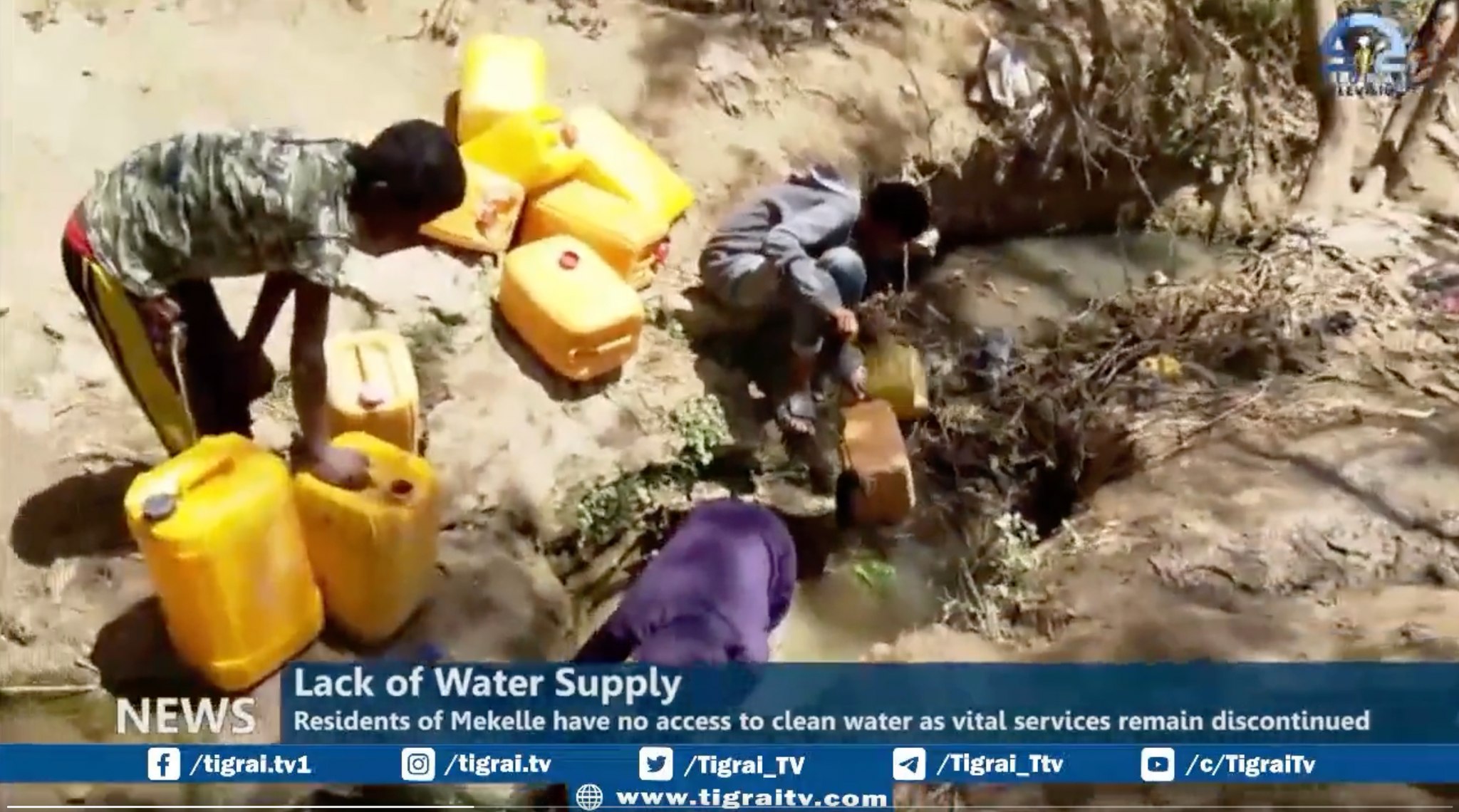 In early June 2022, Ayder Referral Hospital, in Mekellé, in the regional state of Tigray, Northern Ethiopia, announced that it had been forced to close its doors due to a lack of fuel and vital services .

Even today, despite the “humanitarian truce” declared by the central government, it is still hindered and blocked by political wills that determine a limbo of agony for millions of Ethiopians confined to Tigray. The blockade on de facto humanitarian access for 9 months before the humanitarian truce had been denounced several times by the United Nations.

All this is a consequence of the war that broke out in Tigray in November 2020 in total electrical and communication blackout. Nobody was able to go out or enter. Not even journalists or independent operators to investigate what was happening on the ground. Even today the region is confined and under siege. To the west, the territory claimed by the Amhara regional government, to the east, the Irob area invaded and still occupied by Eritrean troops. Ethnic cleansing activities against resident Tigrayans by Amhara special forces and Fano militias have been reported in the Western Tigray area, as documented by joint Amnesty International and HRW – Human Right Watch reports. The Eritrean soldiers,they are guilty of war crimes , accused of rape and destruction, looting. More than twenty aid workers were killed.

Air and drone attacks, Ethiopian government armaments, took place to stop those he considers terrorists, that is, the members and all supporters of the TPLF – Tigray People’s Liberation Front party. The air strikes killed tens of thousands of Ethiopian civilians of Tigrinya origin, hit IDP camps and also killed Eritrean refugees including children. Drones supplied by Erdogan’s Turkey, Chinese and Iranian-made drones. Due to the insecurity of the area, the humanitarian realities had to withdraw. On the other hand, in mid-2021 the central government also obstructed by denouncing some of these colluding with the TPLF and therefore blocked or expelled. A stance that literally left thousands of patients on the street, whom MSF treated in Tigray, but also in other parts of Ethiopia, thus leaving them at the mercy of events.

Today, like the supply of humanitarian supplies , electricity and bank accounts are still blocked. The prices of basic necessities have skyrocketed. Health workers, doctors, nurses, have not received a salary for months. I’m starving like the rest of the people.

Water is life. There is no water in Tigray.

On June 3, UNCOCHA reported that “about 9,300 water points, more than 54% of the 17,080 water points in Tigray are non-functional, impacting the access of more than 3.5 million people to safe water”

No fuel : the central government sent the right quantity just to get the trucks back to the sender. If there is no fuel, all the material delivered to Mekellé cannot be widely distributed in the territory. If even before the war, 20 months ago, Tigray as a geographic conformation is almost entirely characterized by rural areas and not very accessible, in a state of war and as a consequence it has blocked access totally. Conflict that has produced war crimes against humanity, hunger and rape as weapons , repression and mass arrests on Ethiopians of Tigrinya origin : people of all ages, sexes and social classes.

As Focus On Africa we are trying to document and collect information (1) on the many prison camps scattered around Ethiopia to report to the competent realities (such as Amnesty Italia), where tens of thousands of Tigers languish in infernal conditions.

One such prison camp is in Semera, Afar region. More than 14,000 people, men, young people, women, children and the elderly, would be living in agony without medical support. Open air field , without the possibility of shelter. The mass arrests and detention, in the manner implemented by Ethiopian police officers, were refuted and denounced by HRW as infringing humanitarian law.

One wonders if in the talks that took place on 12 June between the Italian Foreign Minister Luigi Di Maio, the Ethiopian Premier Abiy Ahmed Ali mentioned these prison camps to our official on a mission between Ethiopia and Kenya.

Even today, despite the Western community supporting the good intentions of the Ethiopian government on the “humanitarian truce”, on the possibility of peace agreements there is still no tangible positive turning point for the millions of Tigers: the more time passes, the more the situation is. deteriorates.

To underline, as reported by MSF – Doctors Without Borders, the looting and destruction of 80% of hospitals and health facilities: it can be attributed to war crime.

In June 2021 came the testimony of an MSF Canada worker, Joe Belliveau:

“During my recent 5 week tenure in Tigray, I have not found a single room in a single health facility outside the major cities that has not been ransacked”

Read Joe’s journal from Tigray (2) : This is the diary where Joe Belliveau documented all the atrocities and inhumanity he saw in Tigray.

Today, 90% of the more than 6 million Ethiopians living in Tigray are dependent and in need of humanitarian support. The truce called by the Ethiopian government, from March to June 2022, failed to reach 10% of the target of people in need.

In addition to the Ayder Referral Hospital, a point of pre-war health excellence in Tigray, but also for thousands of people in the regions near Afar and Amhara, the list of health facilities that have closed is alarming and is increasing (3):

Quiha General Hospital, on the outskirts of Mekellé, the only tertiary hospital (specialized and highly technical health care facility) in Tigray, claims it is no longer able to perform surgery as medical supplies continue to be scarce.

The medical director said the massive destruction of health infrastructure during the occupation by Ethiopian forces and their allies from Eritrea was followed by a year-long siege that weakened the facility into a state where it could be forced to stop providing services to her patients.

The hospital’s medical director, Dr Kirbom Tewolde , told Tigrai TV that the hospital only has 33% of the necessary medical supplies in stock and will be forced to close its doors if equipment is not made available soon. to the structure.

1) Photo of detention camp in Semera, Afar by Gebremeskel Gebremariam via Twitter: