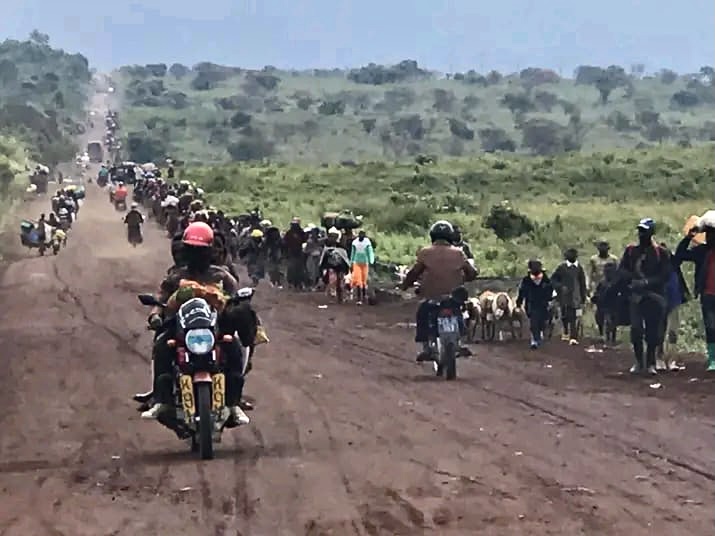 On 8 June, armed men attacked in Kashuga, in the North Kivu province of the Democratic Republic of Congo, a camp where families had sought refuge after fleeing the conflict between armed groups and the national armed forces (FARDC). The attack claimed seven lives, the latest in a series of 16 brutal and targeted attacks on IDP camps in South Kivu, North Kivu and Ituri provinces, which in the past 12 months have claimed the lives of more than 185 men. , women and children and hundreds of people were injured. “They pulled the curtains and beheaded my daughter. I run out of strength and can’t fight to find food for my children. The world can only ask you to help us start over and find a way to earn, dress and care. may peace return to be able to work again, “said a 28-year-old man who survived an attack on a camp for displaced people in February. This is the joint alarm launched by various organizations operating in the country – Action contre la Faim, Danish Refugee Council, Magna, Medair, Mercy Corps, Norwegian Refugee Council, Save the Children, Solidarités International – which unreservedly condemn the attacks on civilians and civilian infrastructure, such as schools and hospitals. Violence against civilians, even during a conflict, is prohibited by international humanitarian law. Attacks on schools and hospitals are a serious violation of the rights of children in conflicts. The organizations call on all parties to end atrocities against civilians, attacks on civilian infrastructure and impunity for these actions, and for the authorities to restore peace and ensure the safety of civilians in displacement and return areas, and to undertake effective investigations and bring those responsible for human rights violations to justice. Furthermore, it is crucial, they stress, that the DRC’s bilateral partners support the Regional Monitoring Mechanism and the mediation efforts of the African Union and other countries on the continent, to help end this brutal conflict. Kashuga is a city in the Masisi Territory, in North Kivu.
According to the Protection Cluster, there have been a total of 16 attacks on IDP camps since May 2021, resulting in 82 injuries and 185 deaths, including women and children. Of the total 16 attacks on displaced persons, nine occurred in Ituri, six in North Kivu and one in South Kivu. Across the DRC, more than 5.5 million people are currently displaced (IDMC). The country is also home to more than 500,000 refugees from Burundi, Rwanda, South Sudan and the Central African Republic. The DRC is currently experiencing one of the largest famines in the world, with 27 million people suffering from hunger.