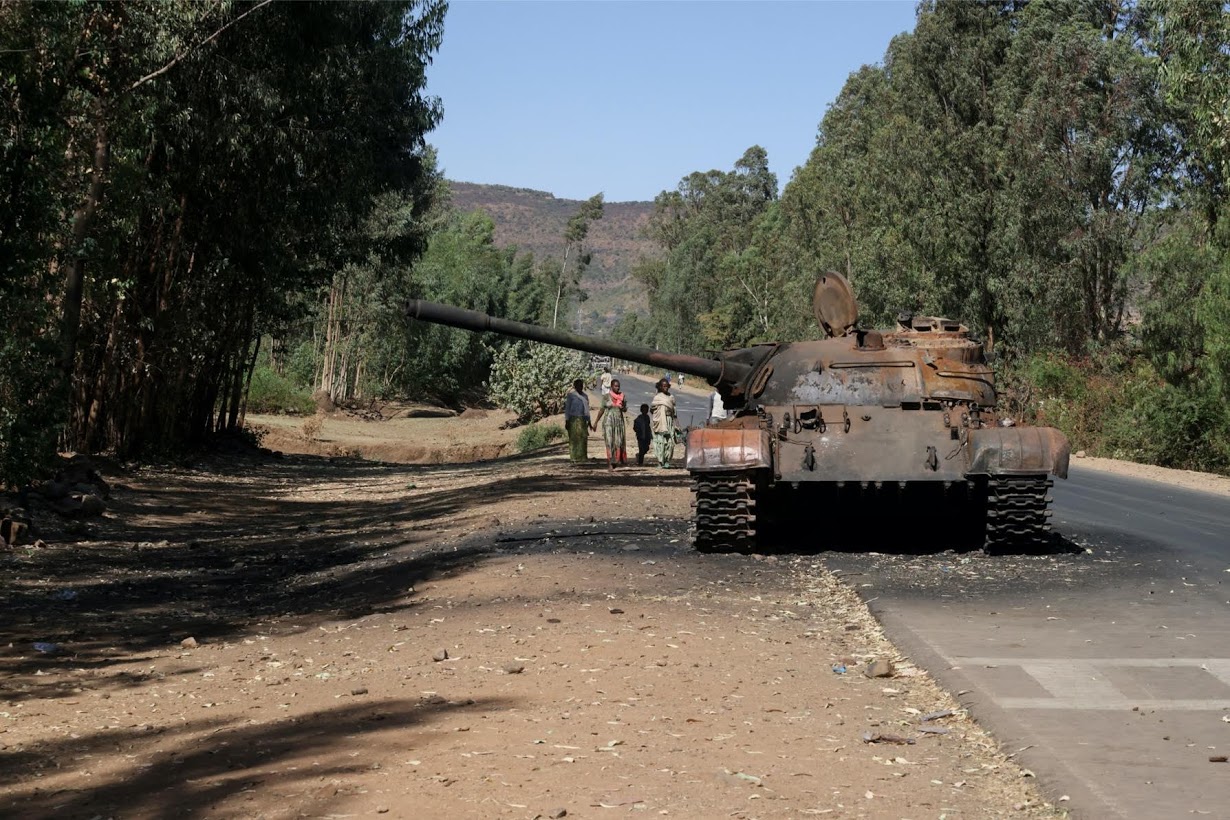 Several months have passed since war broke out in the Ethiopian region of Tigray on November 4 2020.

Even though the mass bombings of last November have stopped, what we know for certain now is:

But this may just be a smokescreen because in reports from Eritrean Hub and Martin Plaut there is a sense of integration, of a new military federation.

Eritrean forces, the troops already in Tigray, may be integrated into the ENDF to form a single military force thereby strengthening the Ethiopian one.

A further report from Eritrea already talks about a new federation and guidelines for an agreement between Ethiopia and Eritrea.

A tweet on 28/03/2021 by Martin Plaut stated that the day before, on the 27th:
“*Yesterday 37 trucks of Eritrean troops entered Tigray via Adigrat. * 25 out of the 37 are stationed in Edagahamus and they now are gathering there from surrounding areas.”

And:
“* 12 out of 37 truck went to Mugulat (on the way from Adigrat to Adwa) and are stationed there * New troops from West Tigray stationed in Shelekleka. * Abiy’s recent Asmara visit seems to have discussed a new offensive rather than withdrawal.”

From the facts and statements reported in my analysis, the questions and doubts (of a purely personal opinion and completely debatable) that have arisen are several:

Meanwhile in a tweet by Abiy on 28 March, hypothetically speaking given the moment and situation in Tigray, he wants to give visibility to the strength of Ethiopia’s firepower:
“It is known that the Ethiopian National Defense Forces have begun to reform and strengthen their production capacity to maintain our country’s sovereignty in a sustainable manner. We witnessed that today as we visited Homicho Ammunition Engineering Industry. 1/2”

And:
“The ENDF’s capacity to manufacture international standard products and strengthen its readiness based on adequate research is evident. We will continue to build on these efforts. 2/2”