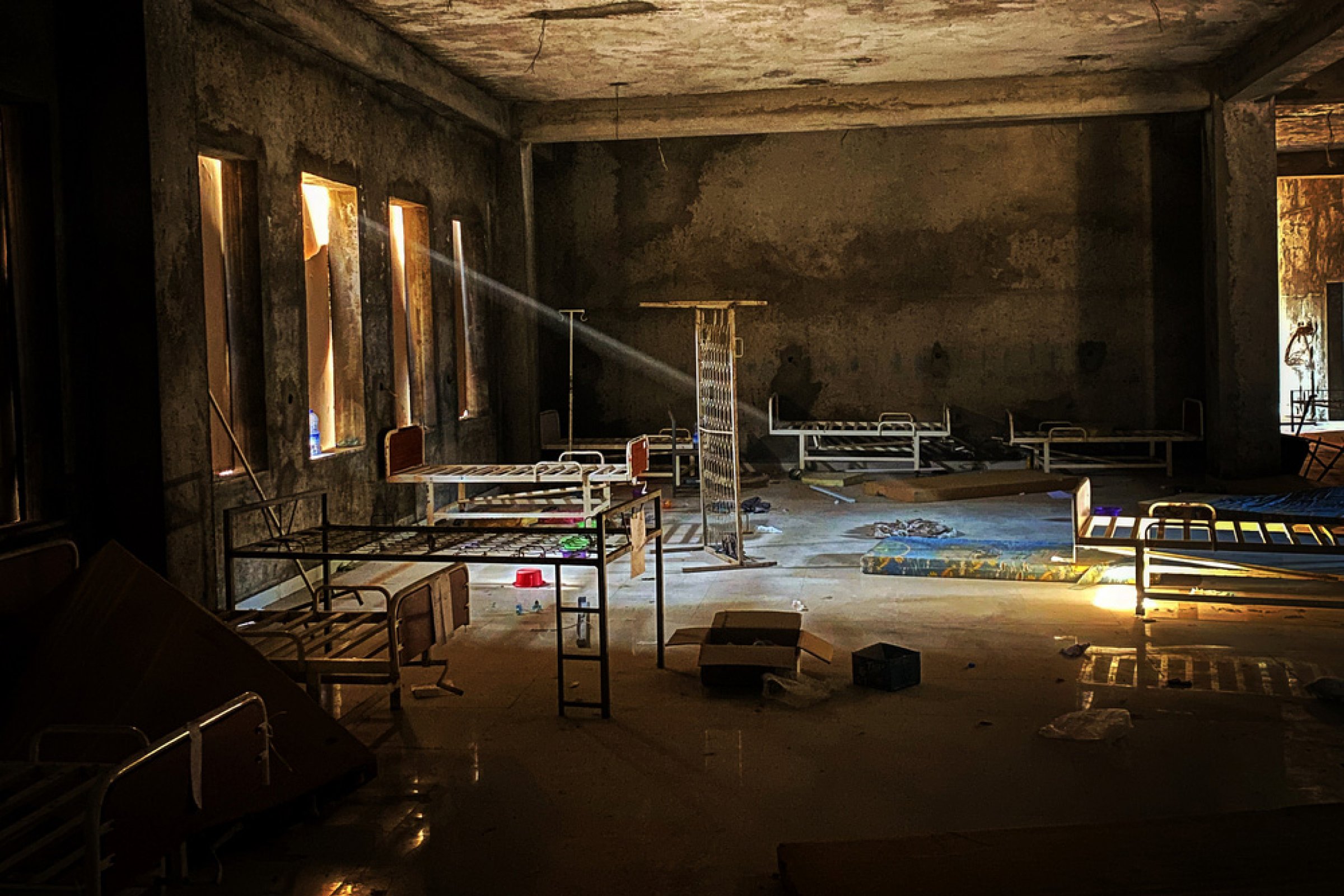 Tigray is starting to receive visibility within the international community.

News and updates in this past week have increased due to leaks and confirmed massacres, violence and abuse as a result of the war and conflicts, and also from a socio-political point of view.

A true story. One of many.

At the beginning of February, one of my contacts phoned me and told me what happened to his brother whom I will call Isaias (his name has been changed in order to maintain the anonymity and protection of my contact). He had organized to be taken from Adigrat to the hospital in Mekelle for a check-up visit because he has diabetes.

This happened a little before the war broke out in November 2020.

He had to postpone the visit because, even if he wanted to, the person who was to accompany him had lost his vehicle, an off-road he also used for work.

It had been taken from him, stolen by the Eritrean troops that, as a standard practice, had invaded, destroyed and looted hospitals, schools, houses and NGO offices.

Fortunately, at the beginning of 2021, Isaias found a way to get to the hospital in Mekelle for a visit.

This is one of the testimonies that, luckily for my friend, ended well.

Report: The Impact of the War on Patients with Noncommunicable Diseases (NCDs).
The source of the following is from a report published by TGHAT.

Reassurances by the Ethiopian government and its spokesperson, Prime Minister Abiy Ahmed, minimize the humanitarian disaster and the violence the war has produced. The communication is pure propaganda (I deal with it in my next analysis Ed.)

The effects of the conflict are still causing suffering, death and abuse among civilians, the Tigrayan people.

According to the TGHAT report published on 29 March, 2021 written by Dr. Fisaha Haile Tesfay, a researcher, and Dr. Yemane Geberemariam, a pediatrician at the University of Adigrat, the situation for all patients affected with noncommunicable diseases (such as hypertension, cardiovascular diseases, cancer, pulmonary disease) has escalated dramatically.

The two doctors gathered data through the triangulation of information and details from a range of sources such as the World Health Organisation (WHO), Médecins Sans Frontières (MSF), UNICEF and Save the Children, to name a few.

Before the war began, there were over 180,000 people with noncommunicable diseases in Tigray. Fortunately, in less difficult times, the Tigray region had working hospitals and healthcare facilities one could go to for treatment and to be monitored: healthcare services were accessible to administer medication and support.

During the November 2020 war, most of these hospitals and facilities were breached, occupied, looted and destroyed by the Amhara and Eritrean Armed Forces, the same troops that occupied Tigray along with the Ethiopian National defense Force (ENDF).

The hospitals that resisted were the ones in larger cities in Tigray; Shire, Axum, Adigrat e Mekelle.

Unfortunately not everyone has the possibility of reaching these hospitls because they don’t have the means of transportation (perhaps because they were stolen or destroyed by the ENDF, Amhara or Eritrean forces) or because they live in rural areas and the very thin thread that tied them to the cities has been broken by the war.

Hayelom Tesfay was a lecturer at Adigrat University and had Type 1 diabetes and has to regularly collect his insulin supply for treatment. On 4 November 2020, like many other Tigrayans, he fled from his city to save his life from the bombings when war broke out, but he also knew that the other bomb he had to escape from was the disease  he had to keep under control.

One day, he was short of breath, felt dizzy and had a pain in his abdomen. His condition had worsened and he had developed an acute complication called diabetic ketoacidosis (as described by the two doctors in the report Ed.).

Hayelom was aware of this and asked for help and to be taken to the hospital in Mekelle and asked  if someone could get him a dose of insulin. However, he also knew this was near impossible because the area all the way to Mekelle had been bombed and was not accessible.

He was taken to a hospital in a remote area, but of course they didn’t have insulin and Hayelom, who had escaped the death of war, died due to the lack of insulin.

This is one of many devastating stories that occurred and are still occurring in Tigray. Unfortunately many people have not even had the chance to be told.

The TGHAT report includes a  victim list (partial and being updated) in its report.

There are more and more reports of deaths, people who died at home, far from the spotlights, far from hospitals for lack of treatment and basic medication.

For example, before the war at Ayder Referral Hospital, one of Tigray’s biggest hospitals, there were 1,400 children and over 2,000 adults with diabetes mellitus (DM) that needed insulin. While six deaths due to lack of insulin have been confirmed, hundreds of follow-ups have been lost, probably because the patient has died. There’s no way to know, no way to reconstruct, one can only guess.

Another doctor’s story further demonstrates the horrible and inhuman situation that the Tigray, the Tigrayan people and all those in need of medical care are facing.

The doctor wrote about two patients who suffered from epileptic seizures whose conditions before the war were monitored, treated and kept under controlled with an anti-epileptic drug (Phenobarbitone) they received regularly.

Due to the lack of this drug, the entered into a coma and even attempts by doctors to treat them in extremis was in vain because the oxygen supply was short and the hospital did not have the necessary drugs.

The statement by the Tigray Regional Health Bureau

An official of the the regional health bureau within the interim administration of Tigray stated,

“Currently, we are only mobilizing the available limited resources to run mobile clinics. We don’t know how many cases of chronic illnesses were nor do we have current assessment. We are in no position to furnish hospitals because there is ongoing looting by the Eritrean forces and resources are scarce.”

About the authors of this report

Dr. Yemane Geberemariam is a pediatrician at the University of Adigrat.

In this article, I tried to report their analyses and their point of view in order to highlight the state of health emergency that the Tigray region is facing.