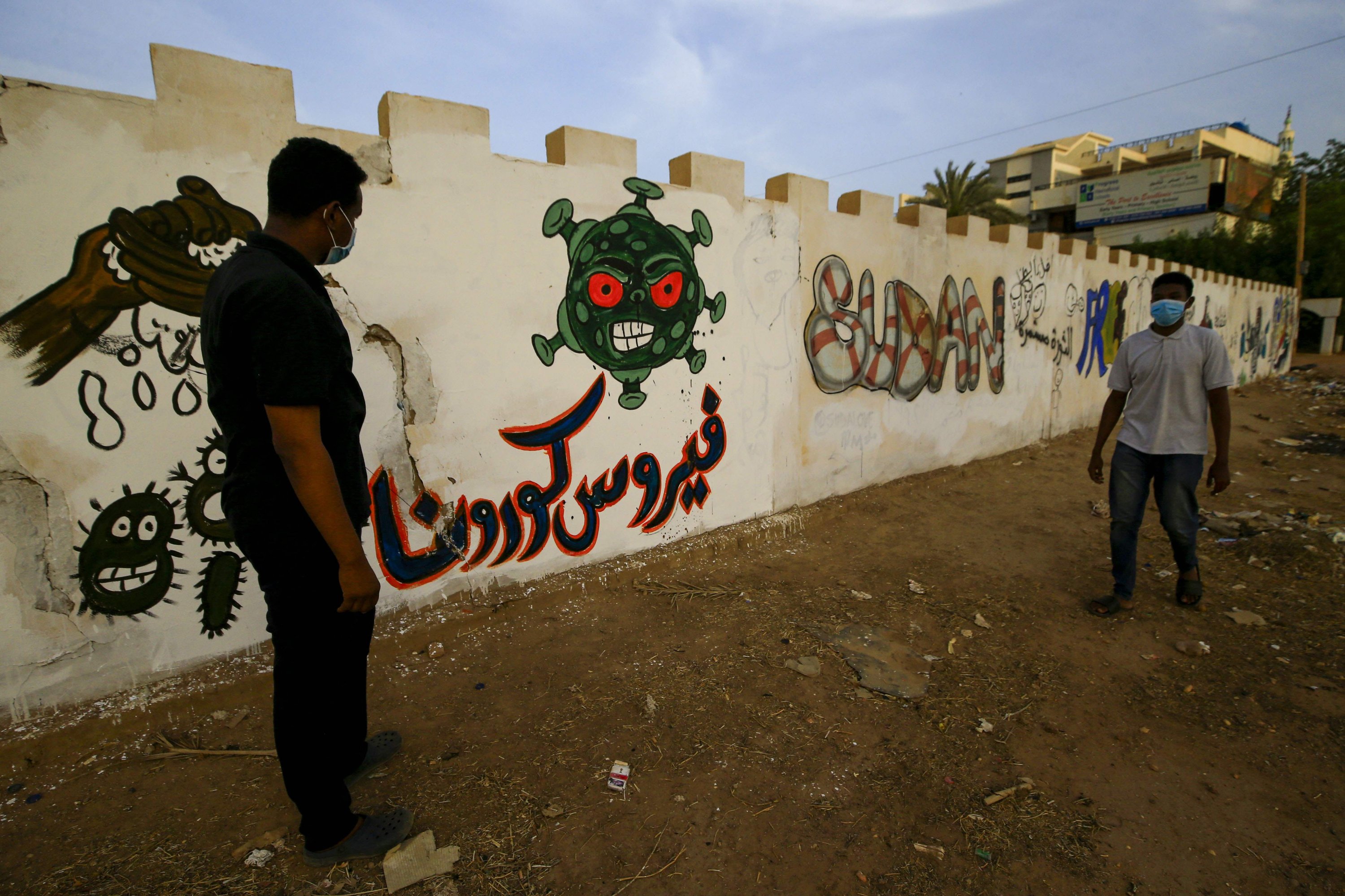 They sprouted one after another along the banks of the White Nile, whose calm waters flow to the confluence of the Blue Nile. Small stalks as reminders of the dozens of “martyrs of the revolution”, as the Sudanese call the victims of the protests that led to the fall of President Omar Hassan al Bashir on 11 April, 2019. And along the banks of the wide river that crosses Khartoum, the capital of Sudan, a large group of protesters were back on the streets to celebrate.

Since 6 April, the date that last year saw hundreds of people gathered outside the Ministry of Defence starting the protest that would last two months until the massacre on 3 June that caused 120 deaths, lively sit-ins and marches have been held. But government restrictions on public gatherings prevented the celebrations from continuing.

The police fired tear gas to disperse the march and blocked the main roads that lead to military headquarters and the presidential palace.

“We were forced to send in the police due to the risk of contagion. We are in full COVID-19 emergency here in Sudan, too,” said Minister of Cabinet Affairs Omar Manis. “Furthermore, the protests have caused traffic jams forcing people to walk long distances. We are aware that April 6th, like the 11th, marks an important day for the revolution, but we cannot allow public gatherings. Even the Sudanese Professional Association (SPA), that more than anyone also has a good reason to celebrate the anniversary of the coup, asked its own supporters to stay home and not to take the spread of the global Coronavirus pandemic in the country lightly.”

Sudan was one of the first countries in Africa to impose strict measures to contain the spread of the virus. It suspended issuing visas to citizens of countries considered by the WHO as the main hotspots of the COVID-19. and it advised the Sudanese not to travel unless it was absolutely necessary. Flights to Italy, China and the UK were suspended and the four access points between Sudan and Egypt will be closed “until further notice.”

“All Sudanese exit and entry points have been equipped with the required tools and means for a prompt response to the virus,” the Minister added. “We are putting in place integrated efforts that include the higher technical committee, the government and the border security units. To date, confirmed cases in Khartoum are 16, two of which have died, three have recovered and the others are in isolation in hospital. For the moment, we have imposed a partial curfew of 14 hours a day, suspended all public gatherings in the country, closed schools and reduced working hours. We are confident that we will be able to contain the spread of the virus.”

In addition to the Coronavirus challenge, Sudan is also facing a series of unknown factors and pending issues that weigh heavily on the transition that has begun in the country.

Just a few days ago, the news broke out – later denied by the military – of a presumed coup attempt by some officials who were arrested before they could act.

“As the spokesperson for the Sudanese armed forces stated, the situation in the country is stable,” Manis declared. “But it is clear that we are on maximum alert after the failed assassination attempt on Prime Minister Hamdok.” He added with poorly concealed worry.

The attempt to assassinate the Sudanese Prime Minister on 9 March was considered an attack on the democratic process taking place in the country. International analysts and observers have pointed their fingers at the military establishment that is, in part, represented by generals who were in service during Bashir’s government, but claims by an Islamic group, the Muslim Brotherhood in Sudan (also called the ‘Taleban’ of Sudan) would suggest a terrorist attack rather than a political one.

One must take into consideration that two of the highest seats of the Sovereignty Council, an organism made up of military (five generals and a civilian chosen by them) and five members of the Forces of Freedom and Change (a coalition of ant-Bashir civilian and protest groups), are firmly held by Abdel-Fattah al Burhan (President), who was Chairman of the Junta that took over from the former dictator, and General Mohamed Hamdan Dagalo (Deputy Prime Minister), generally referred to as Hemedti.

Hemedti was held responsible for the attack on June 3rd 2019 at the sit-in outside the Ministry of Defence headquarters where over a hundred youths, women and children were killed by the army he led.

A former camel salesman, General Mohamed Hamdan Dagalo has four wives and numerous children. It seems that the strongman of Sudan still has a lot of power. His career was already on the rise thanks to the repressions committed by his Rapid Support Forces in Darfur, in western Sudan, a region with tendencies towards independence that was a thorn in Bashir’s side.

Looking at and analysing the situation, one question naturally arises: after 21 months of Sovereignty Council established by the Addis Ababa agreement that led to the establishment of the Hamdok government last August, will the military really be willing to pass the government into the hands of civilians?

For anyone who is familiar with Sudan’s history and the people who hold the country’s fate in their hands, the doubt that everything will go smoothly is almost a certainty.