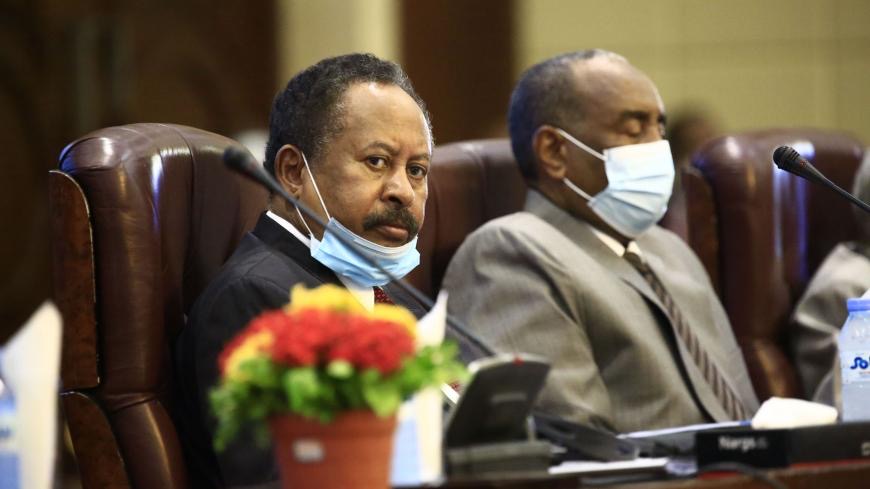 Two years ago, at the first light of dawn, the army invaded the Presidential Palace in Khartoum and ended the era of Omar Hassan al-Bashir. Thirty years of a reign of terror broken up by four months of mass protests  that repression and human rights violations by the Sudanese security forces failed to stop. Since that day, Sudan has begun a long and difficult path towards transition, going from a military Junta, to the Sovereignty Council Constitution, to a civilian government led by the economist, Abdallah Hamdok.

Two years later, the situation in Sudan is worse than expected.
The basic infrastructure has crumbled, there is no electricity for most of the day and water supply is unstable.
People who live far from the capital do not have access to water for weeks.

Not to mention the pandemic.
In dealing with the COVID-19, Sudan’s economic crisis has deteriorated. The country is more fragile now than ever before.  The healthcare system is collapsing, healthcare workers are dealing with an impossible workload, hospitals and healthcare facilities are overcrowded, and the lack of personal protective equipment (PPE) all paint the devastating picture of the COVID emergency. The main problem, in addition to the rising exposure to contagion, are the inadequate prevention and containment response measures for of the virus. Official data published by World Health Organization (WHO) reports that youths are more exposed to the disease. They are the primary vectors of the virus.

If the healthcare emergency represents an element of instability for the Sudanese government, democratic transition is also fragile due to the continuing economic crisis and the protests against the widespread discontent amongst the population because of the slowness of the reforms and the violence that has broken out again in Darfur, a western region in Sudan.

In these conditions, a military coup cannot be ruled out, despite the common commitment of a civilian and a military component in the transitional government.

According to the agreement signed by Bashir’s military successors and the protesters, the country will be governed for the first 21 months by the military who should give way to the civilian government shortly.

But the tension in the air in Khartoum does not promise anything good.

In the meantime, in Darfur, fighting has broken out again between the Arab Rizeigat tribe and the Masalit tribe who are demanding justice for the deaths of two Masalit people. It is the most violent conflict between Sudanese authorities and armed groups since the agreement was signed last August. Many homes were set on fire and thousands of people have been forced to flee. So far, there over 150  people have been killed and 300 wounded. The UN has confirmed the seriousness of the situation. The last UN peacekeeping mission still in the area witnessed the new violence in West Darfur.

The Office of the High Commissioner for Human Rights (OHCHR) has called for independent investigations adding that the perpetrators of the violations must be called on to account for their responsibility and that the tribes involved in the latest massacre must be disarmed.

“We are appalled by the latest resurgence of violence between Masalit and Arab tribes in Al Geneina,” stated Marta Hurtado,Spokesperson for OHCHR. “We are also disturbed by the slow progress in ensuring accountability for this and previous violence, despite repeated calls by victims and their families,” she added.

During a press conference in Khartoum, the Governor of West Darfur, Mohamed Abdallah Douma, provided a description of the situation and the reasons for the clashes between the primarily agricultural Masalit and the Arab tribes, that are primarily pastoral.

The violence between the communities is due to disputes over land, pastures and water.

Hurtado stated that the violence erupted on 3 April in El Geneina, the capital of West Darfur, with the death of two men from the Masalit tribe followed by larger scale fighting in the city and on the outskirts.

During the clashes, a power plant was destroyed, an ambulance was attacked and a grenade hit a hospital. Also, the camp for displaced persons, Hajjaje di Abuzei, was set on fire. The situation in the area was further destabilized by the deployment of pro-government forces after authorities declared a state of emergency.

The director of the General Coordination of Camps for the Displaced and Refugees believe the transitional government is responsible for the attacks against civilians.

The civilian component of the Sovereignty Council mandated to reform armed and safety forces, but military forces don’t want to hand over power  and this could compromise the democratic transition in Sudan that should end with elections in 2022.