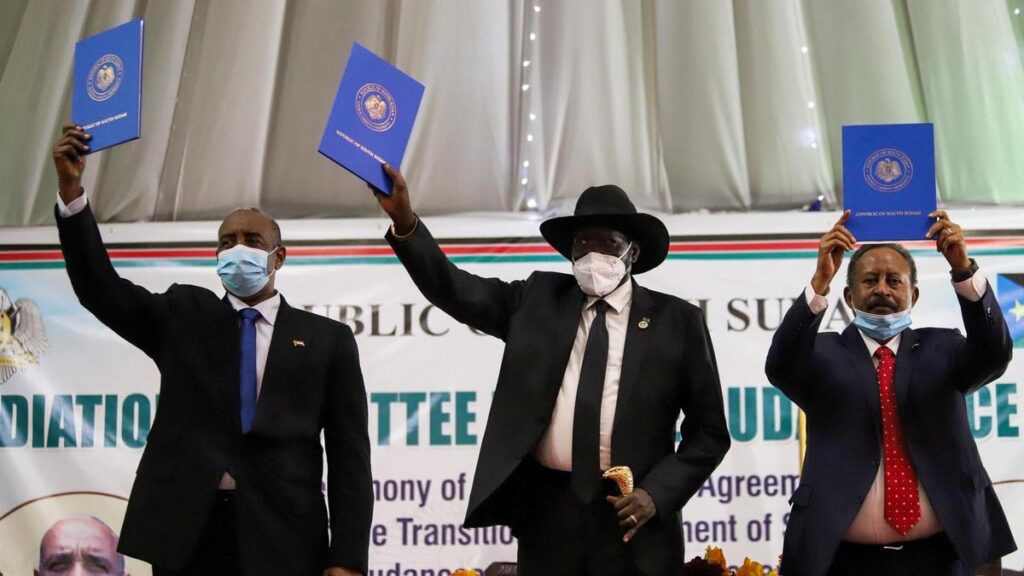 Today, Sudan’s Sovereign Council Chief, Abdel Fattah al Burhan, and the leader of the Sudan People’s Revolution  Movement-North (SPLM-N), Abdel-Aziz al Hilu, signed a Declaration of Principles that introduces the secular state and foresees full integration of the rebel group into the national army at the end of the period of transition. According to the newspaper Sudan Tribune, the declaration also states the impartiality of the government in terms of freedom of belief and religion and reaffirms the objective of “consolidating the sovereignty, independence, and the territorial integrity of Sudan”, despite the ethnic, religious and cultural differences of the population.

The parties also agreed to “the establishment of a civil, democratic, federal state in Sudan, wherein, the freedom of religion, the freedom of belief and religious practices and worship shall be granted to all Sudanese people by separating the identities of culture region, ethnicity and religion from the State.”

The document also reads, “No religion shall be imposed on anyone and the State shall not adopt any official religion. The State shall be impartial in terms of religious matters and matters of faith and conscience.”

Regarding security, the parties have agreed to establish a single professional national army that will operate according to a new unified military doctrine: “The process of integration and unification of forces shall be gradual and completed by the end of the transitional period and after resolution of the relationship between religion and state by the constitution,” reads the declaration signed today.

Following the signing, negotiations between the two parties will begin again in the capital city of South Sudan, Juba, to finalize an agreement for formal peace between all sides. The SPLM-N is one of the rebel groups that did not sign the Peace Agreement between the government and other armed groups last October in Juba. The agreement, which was postponed many times due to the outbreaks of violence in the region of Darfur, includes key issues regarding security, land properties, justice, power-sharing and the return of displaced persons.

The Peace Agreement – which as previously stated was not signed by the Sudan Liberation Movement/Army (SLM) led by Abdelwahid Nour and the Sudan People’s Revolution  Movement-North (SPLM-N) led by Abdelaziz al Hilu – also foresees the decommissioning of rebel forces and integrating their combatants into the national army.