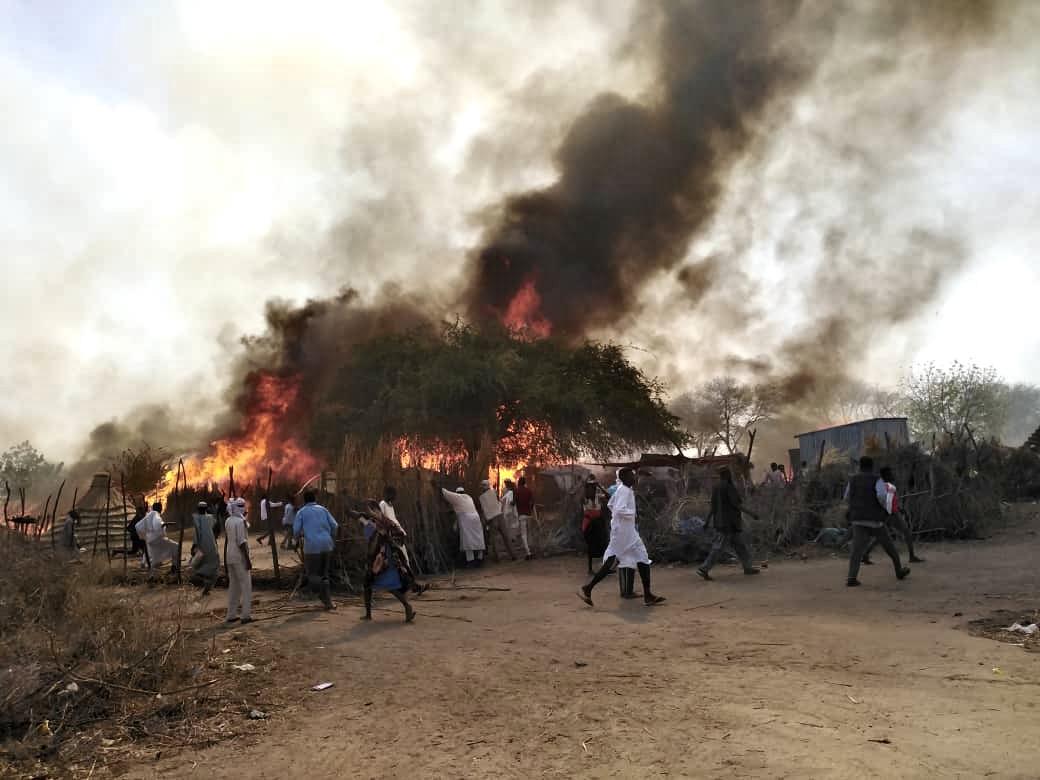 Notwithstanding the limitations set by COVID-19, Khartoum was ready to celebrate a historic day for Sudan. But on 11 April, the day in which dictator Omar Hassan al-Bashir was deposed two years ago, a blanket of blood and violence fell.

It should have been the anniversary of rebirth to celebrate freedom, democracy and justice, but instead Prime Minister Abdallah Hamdok finds himself with a state of emergency in West Darfur.

Between April 3 and 6, the worst episode of repression since the 2019 “bread riots” took place.

According to the Central Committee of Sudan Doctors, to date there are over 150 deaths and 300 wounded from the clashes that broke out last weekend.

The first clashes began on Friday, April 2 with a diatribe between the Arab Rizeigat tribe and the Masalit tribe who are demanding justice for the killing of two of its people.

The continued lack of responses by the rival tribe relit the conflict between them, triggering new violence.

After the withdrawal of the joint United Nations-African Union mission in Darfur, clashes in western Sudan, that already paid in blood with over 400 thousand victims in the war between rebels and government military forces that began in 2003, have increased exponentially.

The lack of security measures in the area prevents humanitarian operators, who are trying to help the displaced persons, from doing their jobs.

An ambulance that had rushed to the El Geneina refugee camp where a bomb caused a fire that burned down most of the huts, was blocked by armed men and the healthcare workers were badly beaten.

Due to the situation of renewed instability in the district, where the UN handles the distribution of help to over 700,000 people, humanitarian activities have been suspended.

The spokesperson for the General Coordination of Camps for the Displaced and Refugees in Darfur, Adam Mah, believes that the militia deployed from Khartoum supports the Arab majority that has seized the area that historically belonged to the Masalit.

“Since Saturday, the militia have occupied the neighbourhoods of Al-Tadamon and Al-Thawra, the University of Zalingei and the Hajjaje di Abuzei refugee camps. The displaced persons found shelter in a nearby school. We believe the transitional government, both the Sovereignty Council and the Ministers, are  accessories to these attacks planned in Khartoum perpetuated by the armed forces by the same government officials responsible for the failure to achieve justice for previous criminal acts,” Mah accused.

The Abuzer camp and some of the structures at Zalingei University were completely destroyed as can be seen in photos and videos taken by inhabitants of the area “in the silence and integrity of the Sudanese secret services in West Darfur and the inability of local authorities to protect displaced and defenceless civilians, for days under heavy and light artillery fire,” said the spokesperson.

Last January in Saadan, in West Darfur, over 129 people lost their lives and 108,000 had to flee from their homes.

Those who know the Sudanese system well believe that these brutal attacks against civilians are the confirmation, beyond all doubts, that the institutions of the government control and still use the military through government officials who “work” in secret to create chaos and political instability.

This is one of the reasons the civilian component of the Sovereignty Council, the political body supervising the democratic transition that leads up to the elections in 2022,  has been asking to reform the national security armed and civilian forces.