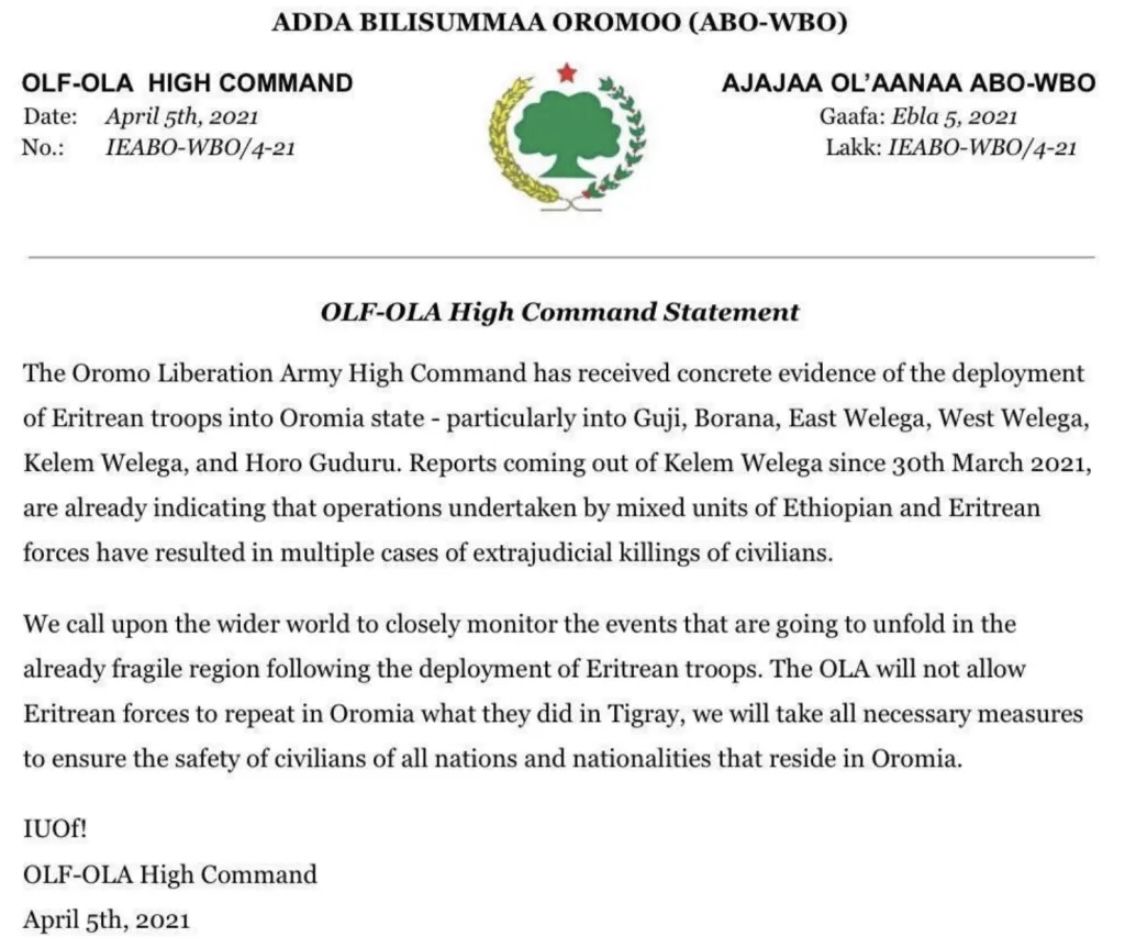 What follows is the transcription of the statement released on 5 April 2021 by the OLF-OLA High Command (Oromo Front Liberation – Oromo Liberation Army)  taking a stand on Eritrean troops.

It is evidence of the fact that Eritrean forces, contrary to Prime Minister Abiy’s official statement, did not withdraw and are not withdrawing from Tigray but are in fact also deployed outside the region’s borders alongside the Ethiopian National Defence Forces (ENDF).

The Oromo Liberation Army High Command has received concrete evidence of the deployment of Eritrean troops into Oromia state – particularly into Guji, Borana, East Welega, West Welega, Kelem Welega, and Horo Guduru. Reports coming out of Kelelm Welega since 30th March 2021, are already indicating that operations undertaken by mixed units of Ethiopian and Eritrean forces have resulted in multiple cases of extrajudicial killings of civilians.

We call upon the wider world to closely monitor the events that are going to unfold in the already fragile region following the deployment of Eritrean troops. The OLA will not allow Eritrean forces to repeat in Oromia what they did in Tigray, we will take all necessary measures to ensure the safety of civilians of all nations and nationalities that reside in Oromia.