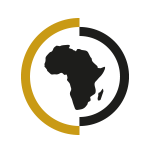 Peace talks between the govern of Sudan and rebel groups have been extended by a month, until 9 May, to allow the sides to conclude agreements on security and power-sharing. The announcement was made by chief mediator Tut Kew Gatluak during a press conference in Juba. The postponement of the negotiations, Gutluak explained, was due to the death of Sudan Defence Minister Jamal Omer who was the head of the government negotiating team, and to the impact of the restrictive measures imposed on the country to fight the Coronavirus pandemic.

Based on the initial schedule agreed upon, negotiations were to be finalized by December 2019, but they have been postponed several times until it was decided to resume on 9 April. Talks were postponed for a week following the death of Omer on 25 February. The postponed was decided after the delegation of the Khartoum government requested more time to respond to a document signed by the armed groups in Darfur on pending issues in the peace talks including the power-sharing file. The Darfur armed rebel groups are also asking for four seats within the sovereign council and the government as well as to head the transitional government.