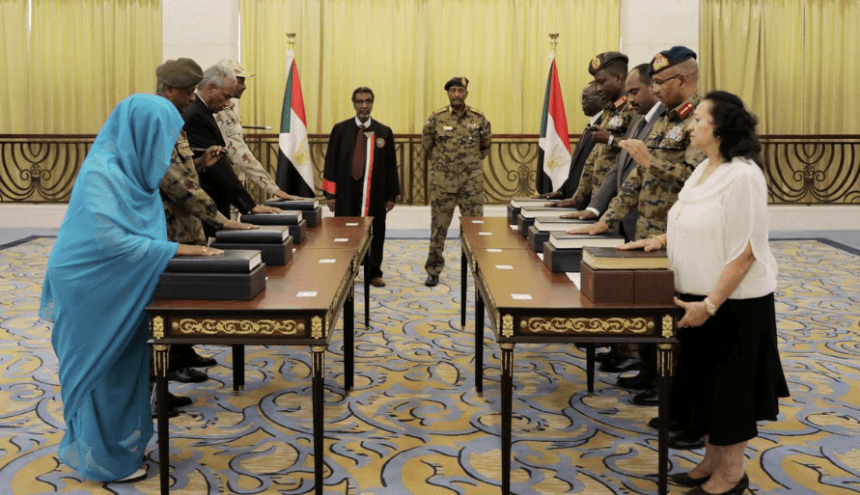 The newly elected Prime Minister of Sudan, Abdalla Hamdok, finalized the first post-Bashir government which Focus on Africa has already published many articles about.

An important step in the hard-fought transition for the country: a civilian government after ten years of dictatorship.

The announcement was broadcast on television after days of delay by the prime Minister himself who wanted to closely examine the list of candidates proposed by the Forces of Freedom and Change (FFC) coalition, leader of the protests that led to the overthrow of President Omar Hassan al-Bashir.

Born in 1956 in the province of Kordofan, Hamdok received his PhD in Economics at the University of Manchester (UK), and in the 1990s he was Head Consultant at the International Labour Organisation (ILO) in Zimbabwe and later Head Political Economist at the African Development Bank in the Ivory Coast. Hamdok has also been Deputy Executive Secretary for the United Nations Economic Commission for Africa (UNECA) since November 2011.

The new 18-member cabinet will have four women including Asmaa Mohamed Abdallah who was nominated for one of the most important seats, Foreign Minister.

Asmaa Mohamed Abdallah is the first woman in the history of the country to serve such an influential office. She was arrested and held in prison before the fall of the regime and was one of the leaders of the revolution.

The Ministry of Defence was given to Jamal Omar, a long-serving military man even though he never held high-level positions, a sign that indicates the distance between the parties that colluded with the old regime. The Ministry of the Interior was entrusted to General Idriss al-Traifi. Bothe men were named by the military members of the Sovereignty Council that will flank the ruling government.

The Prime Minister named one of his trusted men to head the Ministry of Finance, Ibrahim Elbadawi, former World Bank economist.

When deciding the list of ministers proposed by the protest movement, Hamdok had immediately promised to choose the technocrats on the basis of their “competence” to help guide Sudan through various challenges including an end to internal conflicts.

Many fronts are still open. Rebel groups in neglected areas, including Darfur, the Blue Nile and the state of Central Kordofan, fought long wars against Bashir’s forces and they don’t trust the new path, yet.

The agreement for shared power aims to achieve peace with the armed groups that don’t want generals Burhan and Dagalo in the Sovereign Council. They are believed to have colluded with the Bashir regime and responsible for crimes against the populations of the regions in which pro-government militia broke up revolts and protests.

The Sovereignty Council (made up of 6 civilians and 5 military) is the result of the agreement signed on 17 August by the Transitional Military Council, who entered into power after Bashir, and the leaders of the Forces of Freedom and Change coalition that called for the former president’s resignation.

The agreement sets out a transitional period that will last a little over three years and will lead the country to its first democratic elections.