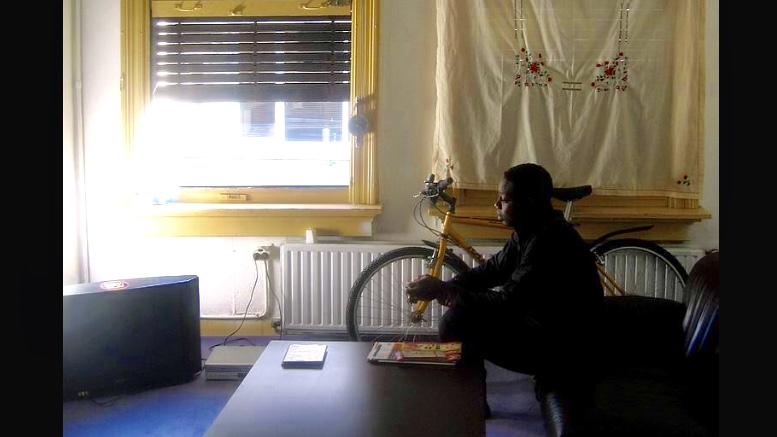 Efe thought he was safe in Germany where he sought asylum after he fled from Nigeria where he was attacked and risked going to prison because he is gay. But German authorities want to send him back.

“They say I can’t stay here because I didn’t tell the whole truth when I arrived in Italy, the first European country I stepped foot in after I ran away. What I don’t understand is that I barely escaped a prison sentence and various death threats in Nigeria. If that weren’t enough, during the long journey to Europe, I was a victim of human trafficking and forced into prostitution. When I finally reached Italy, I was too afraid to tell the officials about my sexual preference. Since I was a child, I was taught that I shouldn’t talk about personal things with the authorities,” he said.

Fortunately, he has help. Efe’s lawyer, in collaboration with Anna Weißig, a psychologist for Queer Refuges Network Leipzig and RosaLinde Leipzig e.V., is hoping the authorities will reconsider his case.

The victim of an attack in the streets along with his partner who was killed, Efe received death threats from his partner’s family who wanted to seek revenge. Then the police issued a warrant for his arrest because he is gay. In Nigeria, same sex relationships are punished with up to 24 years in prison and death by stoning in areas under Shari’a law.

The situation is so delicate and complex that All Out promoted a social media campaign and launched an online petition to the German Federal Office for Migration and Refugees urging it, “to keep him safe, not send him back to Nigeria and acknowledge the dangers for LGBT+ people from Nigeria and other countries with anti-LGBT+ laws in your future decisions on asylum requests”.

In a heartfelt appeal, published on the site of the global movement, Efe explained why the Federal Office wants to send him back to Nigeria; “I’m only asking the German Authorities to reconsider my case. I’ve told my story, explaining why I was afraid to declare my sexual preferences. But they won’t listen.”