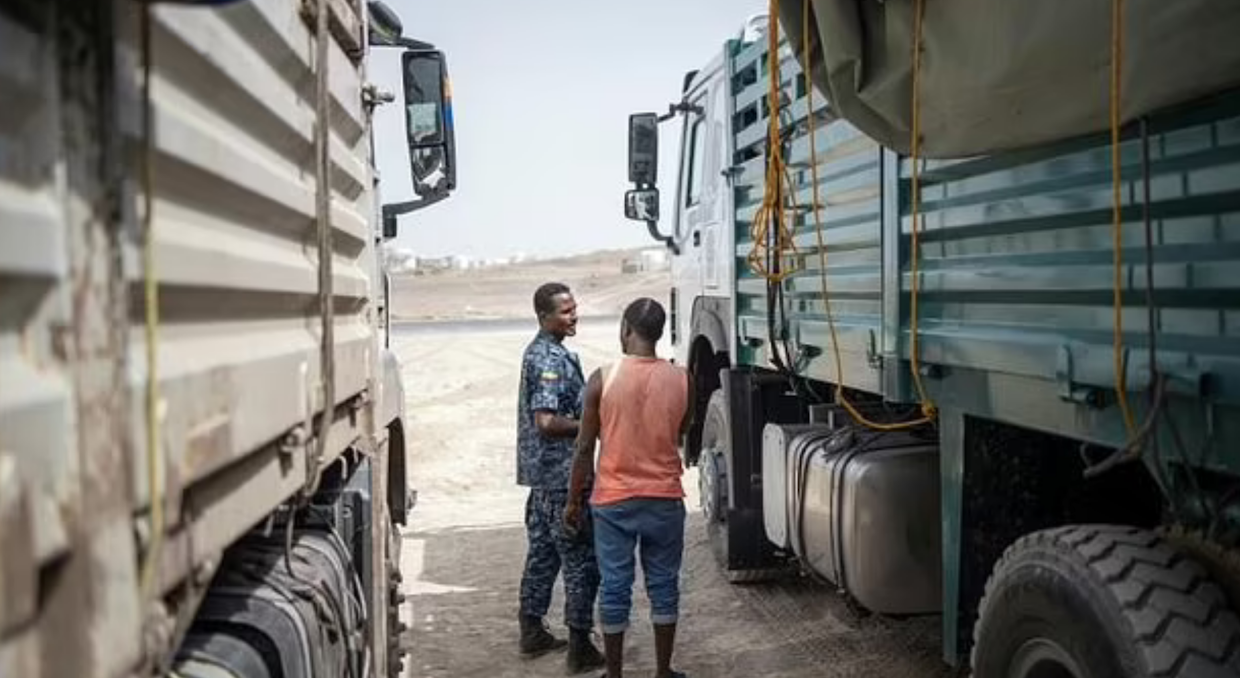 Ethiopian Deputy Prime Minister Demeke Mekonnen said stricter controls must be made on the already scarce humanitarian material destined for the more than 6 million Ethiopians in Tigray.

On 24 March 2022 he declared “an indefinite humanitarian truce with immediate effect”, but unfortunately the target of 90% of the 6 million Tigrayans in need and awaiting food and health support has not been reached. Estimates of international agencies speak of only 8% achieved one-off. Prior to March 2022, Tigray did not receive life-saving material, a situation the United Nations called a “de facto” block on humanitarian access. The 100 trucks a day estimated by UNOCHA to transport the material was not respected and in 2 months of “humanitarian truce” less than a thousand trucks had access. A drop in the ocean.

In all this and since the beginning of the war that took place on November 3, 2020, there has been a rebound of responsibility between the actors at stake, the central Ethiopian government and the TPLF denounced by the same government as a terrorist group. To be pursued like all its supporters. While the millions of civilians were caught in the middle living in limbo between life and death, in an occupied and medieval besieged Tigray, isolated from the world. The rural areas, almost the entire territory of Tigray, if they were already difficult to reach before, have been made inaccessible after the conflict: at the level of viability the roads and areas blocked by the various military checkpoints presided over by the Ethiopian federal army but also by the Eritrean allies,

Deputy Minister Demeke called for material checks as he accused humanitarian agencies of providing prohibited equipment that could be used by rebels, partisans of the TDF Tigray Liberation Front. He also stated that agencies have offered more fuel than currently allowed.

“I have noticed that there are efforts to carry more fuel than allowed and some prohibited equipment that can be used to accomplish the terrorist group’s goals.”

As regards fuel, a denial comes from the positions taken by various authoritative sources on the spot, such as the recent closure of the Ayder Hospital in Mekelle and another in Adigrat : two of the most active structures that provided support to tens of thousands of people, for Ayder also from the neighboring regions Amhara and Afar. Among the causes of their closure the lack of oxygen, over-the-counter medicines or medical products (months ago in Focus On Africa we had documented that they were also recycling surgical gloves, washing them and putting them to dry: this to make us understand gravity with a direct example of the humanitarian catastrophe in progress) It also adds the lack of fuel to maintain those that are the generators that are used for the supply of electricity.

Demeke , who was speaking during a visit to the northwestern Afar region where aid convoys depart for neighboring Tigray, did not specify what type of equipment was involved as prohibited , but stressed:

“The efforts of the customs commission and other entities to ensure the control and surveillance of prohibited equipment should be strengthened.”

UN humanitarian agency OCHA said last week that while fuel for humanitarian operations has been allowed in Tigray for the past two months, the volume was insufficient and reserves were at low levels.

For the humanitarian catastrophe in progress, as recently defined by Samantha Power, director of USAID, comes the setback of the statements of the Ethiopian deputy minister. In addition to the words that instill suspicion about the work and the life support mission of humanitarian agencies for millions of people in northern Ethiopia, the same statements risk slowing down, if not blocking again and totally, the access of convoys with food. medicines and fuel in Tigray. Region in which, in addition to being besieged and confined to itself, the telephone lines are not active for the citizens and not even the current accounts still blocked for the past 19 months. During this period, 80% of Tigray’s health facilities and hospitals were looted, destroyed and rendered inoperative: destructive activities that can be judged as war crimes. Today, the aftermath of that war has led to a lack of material and access, compounded by the obstruction of a policy which, at least in his words, demonstrates the tendency to slow down humanitarian activities.