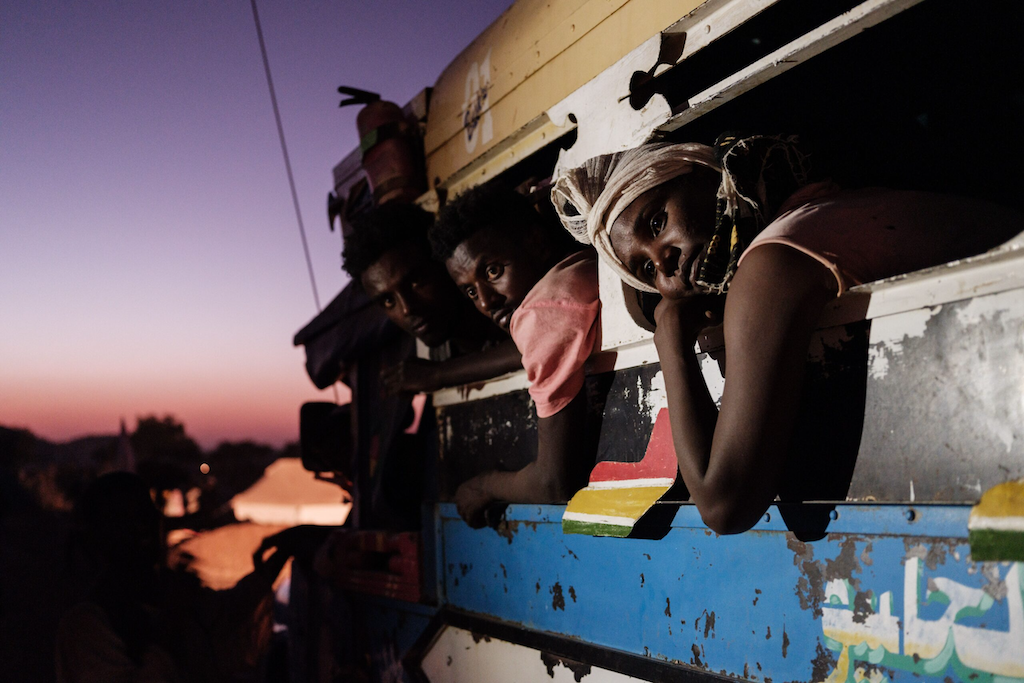 The delegation of the European Community in Ethiopia on 2 June 2022 publishes a compliant tweet :

“Very informative briefing from the Ministry of Justice of the Federal Democratic Republic of Ethiopia yesterday for the EU ambassadors and the EU delegation. Accountability and remedial measures taken for conflict-related human rights violations are positive steps in the right direction. Ethiopian MDG is committed to continuous updates. ” 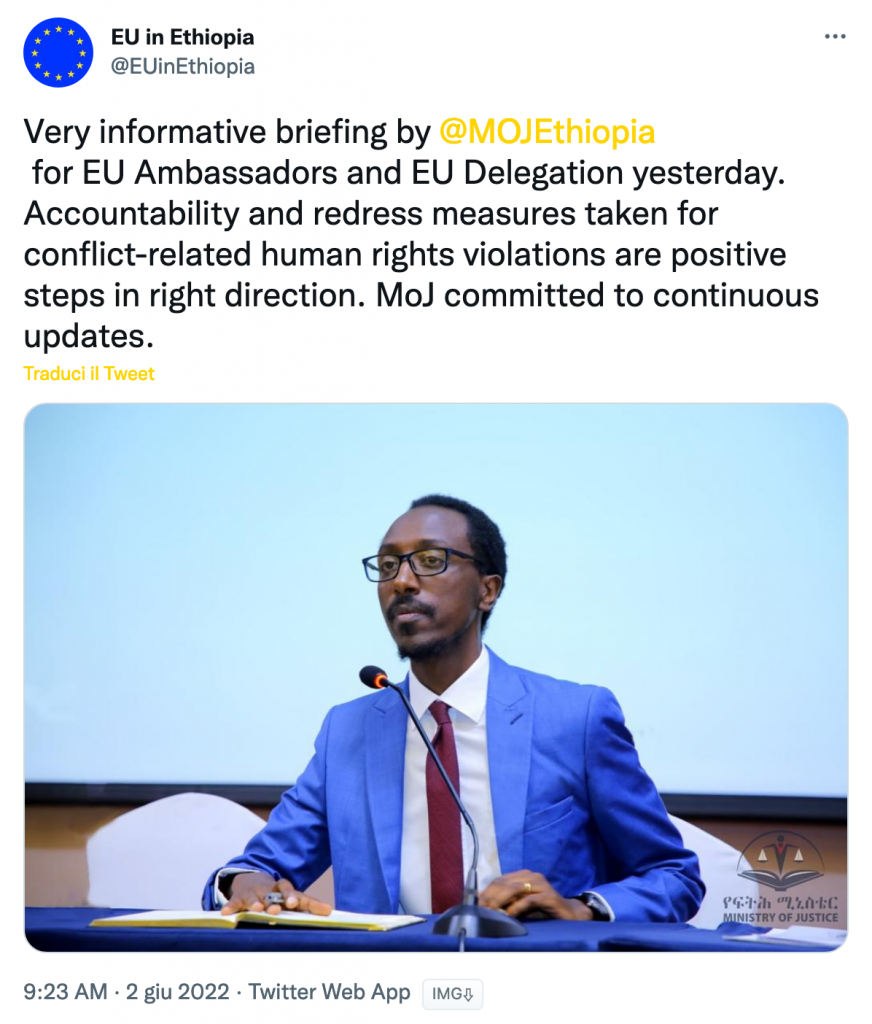 Below are the words of Andrew Stroehlein, director of European media for Human Rights Watch. Appeal shared via social media on 2 June 2022.

“For more than a year and a half, a largely invisible ethnic cleansing campaign has taken place in Tigray, a northern region of Ethiopia.

Seniors, women and children in Tigray have been loaded onto trucks and forced to leave their villages and hometowns. The men were locked up in overcrowded detention places, where many died from disease, starvation or torture.

In total, several hundred thousand Tigris have been forcibly uprooted due to their ethnicity.

Many of these abuses have been hidden from view. The government of Ethiopian Prime Minister Abiy Ahmed has imposed restrictions on communication across Tigray and hampered the efforts of independent investigators, journalists and aid workers.

In the first half of 2021, however, chilling reports of rape, murder and mass displacement emerged. In April 2022, Amnesty International and Human Rights Watch released a landmark report for Tigray which shows that the atrocities have continued.

We have also posted detailed questions and answers on crimes against humanity and ethnic cleansing in Western Tigray: https://hrw.org/news/2022/04/06/crimes-against-humanity-and-ethnic-cleansing-ethiopias -western-tigray-zone

And we hosted a Twitter space that had around 18,000 listeners.

To stop these crimes and end the suffering of detained and displaced Tigrayans, the federal and regional authorities of Ethiopia should immediately allow international aid agencies to access detention facilities and operate unhindered throughout Tigray.

This means restraining abusive security forces, as well as suspending and holding those involved in crimes accountable.

However, none of this will happen without international action.

Both the AU Peace and Security Council and the United Nations Security Council have failed to act to address the crisis in Ethiopia , once again questioning their ability to protect vulnerable populations and prevent atrocities mass.

These international bodies must include Ethiopia in their formal agendas, press for immediate access to detention facilities in Western Tigray and insist on sustained and unhindered access by humanitarian organizations.

As part of any agreement between the warring parties in Ethiopia, they should support the deployment of an AU-led INTERNATIONAL PEACE FORCE in Western Tigray with a mandate to protect civilians and monitor human rights.

For more information on what is happening in Tigray and what needs to be done about it, read this NEW Foreign Affairs article by the heads of Amnesty International and HRW – Human Rights Watch: Agnes Callamard and Ken Roth.

Another parallelism Tigray, Ethiopia and Ukraine, Russia, is the position taken by the International Court which has mobilized, enabling the jurisdiction for Ukraine to be able to initiate investigations into war crimes by Russia, while, as also underlined by Andrew Stroehlein, in 19 months the international community has not taken similar actions to respond to complaints of the blatant crimes suffered by millions of Ethiopians.

On the part of the leaders of the Western community it seems increasingly clear that they are using two weights and two measures against humanitarian crises and conflicts, not so much for purely racial issues, but for the mere resources at stake on which decisions with the aseptic formula seem to be based and inhumane of costs, benefits and nothing more.

Financing and economic agreements aimed at the growth and development of a country already known to be unstable and with internal conflicts that include war crimes and crimes against humanity, in which abuses have been perpetrated on individuals, cannot be included in the agenda. . If they are not first respected, enforced and given justice to human rights, to the rights of the individual … without respect for human rights in the first place, there will be no peace and stability for a solid, lasting and unitary growth of a country.