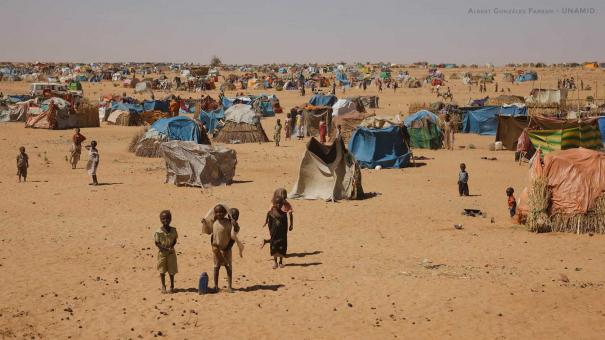 The situation is dramatic, the system for humanitarian aid has gotten worse. These are the findings in the report summing up the year of crisis and conflicts in Sudan and South Sudan that will be published by Italians For Darfur, a non-profit organization that, since 2006, has been promoting an information campaign on the conflicts and raising awareness on the humanitarian crisis in the western region of Sudan. It tracks and analyses the ongoing situation notwithstanding the risk that the joint United Nations – African Union mission authorized by the Security Council in 2008 could be suspended.

Ten years from the day of the beginning of the war in Darfur, 26 February, the association has evaluated the state of the country (including South Sudan independence in 2011) in collaboration with UNAMID analysts, and points out the criticalities and opportunities of the peacekeeping operation that has yet to reach the objectives determined by the UN resolution that was implemented.

In the wake of the ceasefire in Western Sudan and other conflicts throughout Sudan, we asked the association to take stock of the humanitarian situation.

The year 2019 was the year in which the President of Sudan, Omar Hassan al Bashir, repeatedly called for shutting down the mission before he was forced to resign in April when the army took power alongside the protest movement against the dictator.

The report gives a detailed account of what has occurred in the past ten months and what is nearing completion. It will be finalized in January,

The most striking data includes the worsening of living conditions for the two and a half million refugees, to repressed freedom of the press, which saw 15 journalists arrested in the month of January alone, to the persecution of Christians and the destruction of more than 20 churches in 2017 as reported by Open Doors, an international organization that defends Christianity around the world and places Sudan fifth on the list of the most dangerous countries for Christians in 2018.

Things do not fare well for women, either. The year 2018 and early 2019 were characterized by numerous human rights violations against women, particularly in rural areas where there was an alarming resurgence of repression against their freedom.

The most serious recrimination concerns the punitive campaign led by the military police in Darfur and the arbitrary flogging of at least a hundred women and girls accused of wearing indecent clothing in markets and public streets. Even Khartoum had its share of arrests and sentences of “guilty” women who wore clothes that were not in conformity to Islamic law, Sharia.

Many women were prosecuted under Article 152 of the Sudanese Penal Code, such as Winnie Omar, an activist for women’s rights who was arrested on 10 December and initially sentenced to 50 lashes. She was released  and her sentence was changed to a fine thanks to a movement in her defense.

Peace in Darfur is still a long time coming.  Even though the world does not lack new and continued crises, the one in Sudan is the largest and longest running with over 300,000 victims and about two and a half million displaced persons. In 2017, even though there were no official military operations by Government Armed Forces against rebel groups in Darfur, there were many clashes with the Rapid Support Forces, paramilitary forces that, officially, control the increase of illegal migrant flows, but are actually used to fight against the ongoing active rebellion in most of the region. The frontline against the opposers of Bashir is expanding further. Every day, news from the area is more troubling.

“For the past few months,” Sudan Vision reports, “the Popular Defense Forces, the national Congress Party armed forces, have moved in.”

From a humanitarian point of view, the situation is seriously deteriorating. Despite efforts to urge independence for the people hit by the crisis becoming increasingly central to the UNAMID mission, no improvements have been registered.

Many people stranded in inaccessible areas do not receive any aid. In the Jebel Marra district, where more fighting broke out in early 2016, access and humanitarian aid are virtually nonexistent, particularly in areas controlled by the Sudan Liberation Movement/Army (SLA) where thousands of people have been left to fend for themselves.

The situation in the south is even worse. Border instability between the two countries is an additional humanitarian burden given the thousands of displaced persons seeking asylum and shelter in the country. After war broke out in South Sudan in December 2013, there has been a constant flow of South Sudanese refugees. The UNHCR estimated that between December 2013 and the beginning of 2017, more than half a million South Sudanese arrived in Darfur.

Even though the latter can move freely within the neighboring state and settle in any area, the majority have asked for asylum in the refugee camps in the White Nile region and others in East Darfur. It seems absurd that in an area of internal clashes and chronic humanitarian crisis there is a continuous flow of displaced persons and migrants from, in addition to South Sudan, the Central African Republic, Chad, Eritra, Ethiopia, Syria and even Yemen.

This, too, is Darfur.