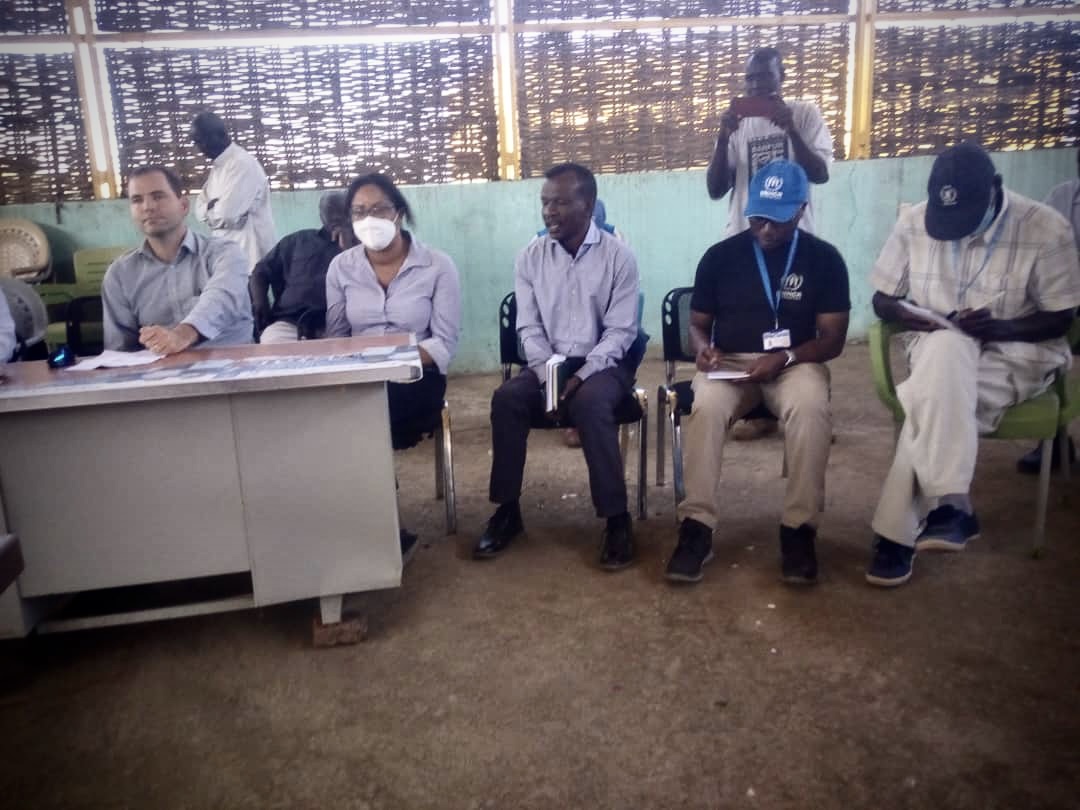 A delegation from American Aid visited Kalma camp for the displaced, on Wednesday, November 16, 2022, to stand on the ground about the overall catastrophic humanitarian situation, where it met with the leaders of the displaced in the General Coordination and the Department of Sheikhs, Youth and Women, imams of mosques and preachers, and gave the delegation a full explanation of the suffering that the displaced live in the camps and focused on on the following: 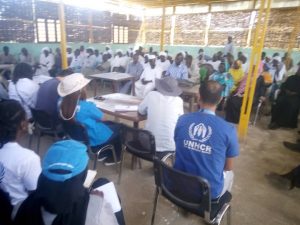 1- Returning food rations, especially for children, pregnant and lactating women, and school feeding for male and female students in the camps for the displaced in Darfur.

2- They called for the intervention of international organizations to provide non-food items to help those who were affected by the torrential rains, and to provide the necessary aid, aid and needs.

2- Supporting organizations working in the health field to carry out their role, open waterways, clean the environment, and provide primary health care in the camps for the displaced in Darfur.

4- Through them, they demanded the donors to solve the problem of the volunteer teachers who depend on the monthly fees paid by the parents of male and female pupils in the primary and intermediate stages, and secondary school students, who do not have the means for their day, and they number 397 male and female teachers, and they receive a monthly salary per person of 50,000 fifty thousand Sudanese pounds, where the number of government schools in Kalma camp is 17 schools, and the number of private schools is 14 schools, including six private schools for the secondary stage, and the number of male and female students and students in the three stages in government schools is about 37,000 students.

5- They demanded that the perpetrators of genocide, ethnic cleansing, crimes against humanity, and war crimes be handed over to the International Criminal Court, led by the criminal Omar Hassan Ahmed Al-Bashir and the leaders of his regime, and the provision of security and the disarmament of militias of various names, and the expulsion of new settlers from the lands and circles of the displaced and refugees so that they can return to their areas of origin after being compensated individually and collectively.

6- They demanded international protection, the imposition of international law that protects the victims, and the implementation of the international decisions issued against the former regime.