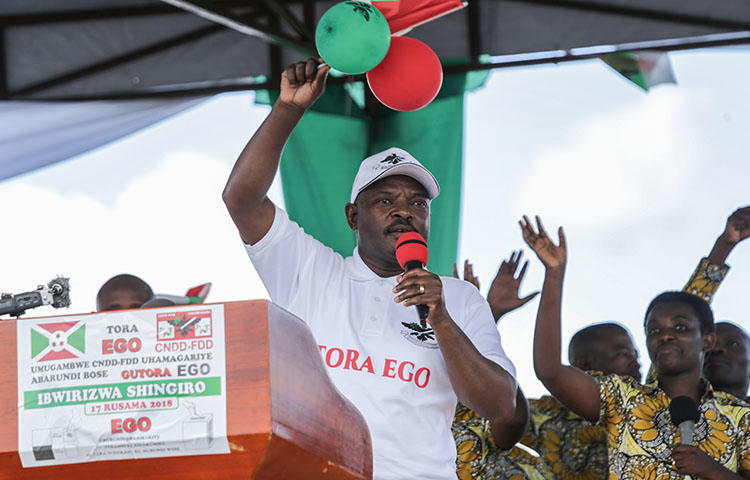 Christine Kamikazi, Agnès Ndirubusa, Térence Mpozenzi and Egide Harerimana, four Burundian journalists who work for the private media organization Iwacu, were arrested on 22 October along with their driver, Adolphe Masabarakiza, in Musigati in the north western province of Bubanza.

They were going there to cover the clashes between armed rebels and security forces.

Even though they had informed the local authorities of their arrival, the commander of police operations ordered their arrest.

At the moment, after two days of detention at the police station in Bubanza, they have not been charged.

Since 2015 when Burundi sank into a dire political crisis, freedom of the press has been increasingly at risk. The BBC’s license was revoked and the Voice of America broadcasts were suspended a year and a half ago.

Another journalist with Iwacu, Jean Bigirimana, disappeared on 22 July 2016 after he was arrested by the secret service.