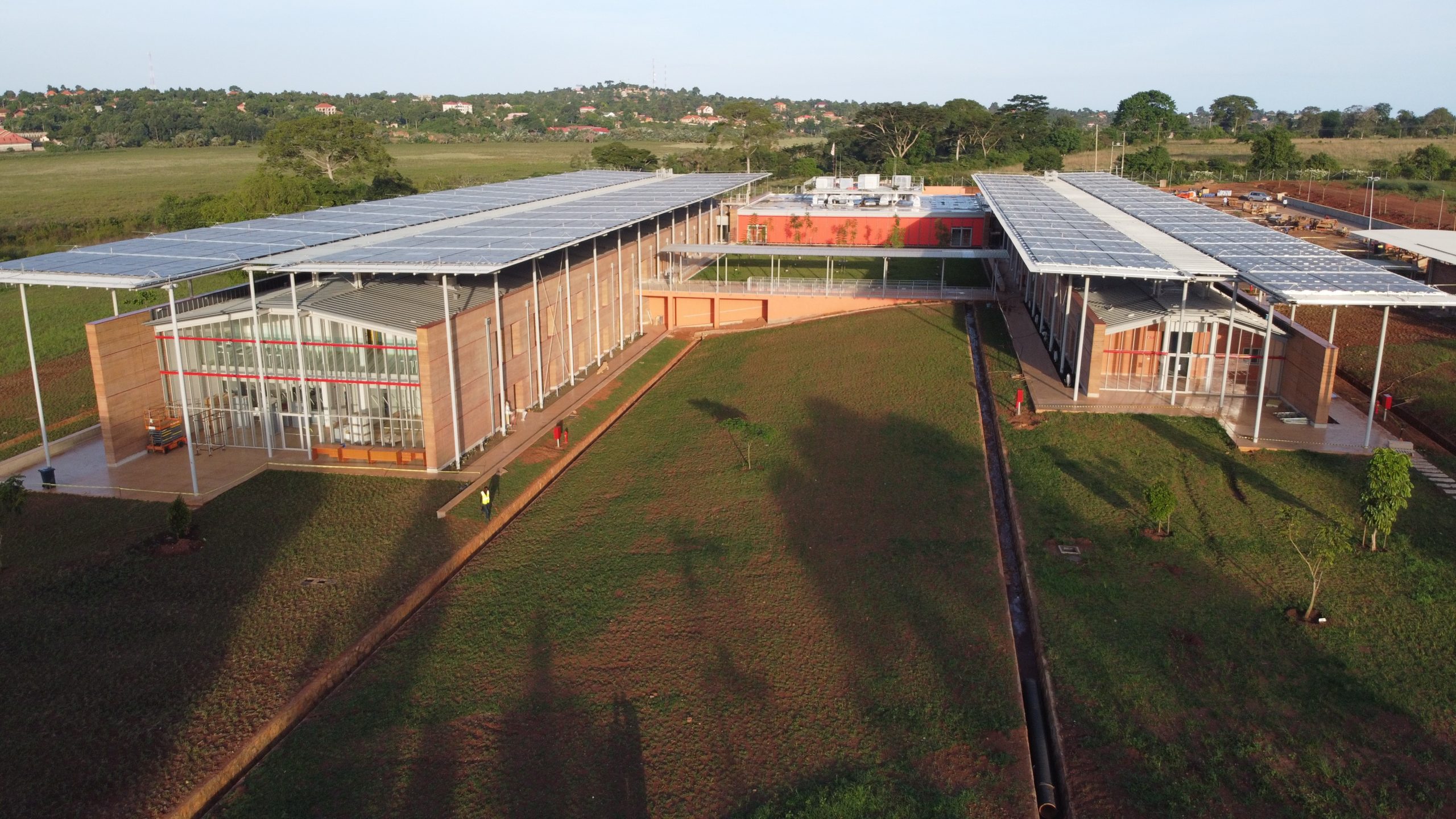 A staff of 385, 179 of which are healthcare workers. About 80% are local professionals and 20% come from abroad: surgeons, paediatricians, anaesthesiologists, physiotherapists, pharmacists and technicians in addition to non-medical staff made up of 5% international workers and 95% national.

These are extraordinary numbers, but not mere numbers, of the new structure constructed in the heart of Africa thanks to the commitment by EMERGENCY, an Italian organization that for years has been providing excellence in healthcare to the remotest places in the world, and to the poorest and most underprivileged countries, Children’s Surgical Hospital in Uganda was developed after an encounter between Gino Strada, surgeon and founder of the NGO and Renzo Piano, one of the most important architects in the world. Two men that shared a dream: to build a “scandalously beautiful hospital” in the heart of Africa that would offer both paediatric healthcare of excellence with the highest level of architecture and become a referral point for children across the continent.

That dream has become a reality also due to the support of the Uganda’s Ministry of Health: situated on the banks of Lake Victoria, at 1,200 m above sea level in a lush, green area, EMERGENCY’s Children’s Surgical Hospital opened its doors. The first patients were Ramadhan, Topista, Justine, Katongole, Matovu and Jordan who are between the ages of 3 and 11 and were hospitalized for problems in the genital area, the gastrointestinal system and supra-umbilical hernias.

The hospital in Entebbe will offer free surgical treatment to children and adolescents under the age of 18 with birth defects, urological and gynaecological problems, gastrointestinal tract issues, diseases of the bile duct, and cleft lip.

“The best way to help Africa is to do things at the same level as it is in Italy,” says Gino Strada, surgeon and founder of EMERGENCY. “We went to Uganda with all the skills, equipment and technologies needed to provide high-quality surgery in an extraordinary infrastructure. We are all part of the human family. We are ‘equal in dignity and rights’, as the Universal Declaration of Human Rights says. We have a responsibility to provide exactly the same level of treatment for African children that is expected for Italian children.”

In Uganda, child mortality under the age of four is 49 deaths out of 1000 births and 30% of those deaths are due to the lack of adequate surgery.

The Entebbe hospital has tripled the number of surgical beds for children in Uganda and will become a referral point for surgery from patients across the continent. After EMERGENCY’s Salam Centre for Cardiac Surgery that opened in Khartoum, Sudan, in 2007, the hospital in Uganda is the second African Network of Medical Excellence (ANME) facility, launched in 2010 by EMERGENCY and 11 African countries to develop a network of excellence in healthcare facilities to meet specific medical needs based on regions.

The structure is 9,700 square meters and has three operating theatres, 72 beds, six of which are for intensive care and 16 for sub-intensive care, an observation and stabilisation ward, six clinics, a radiology room, laboratory with a blood bank, CT scanner, pharmacy, administration, auxiliary services, a guesthouse for patients from afar, reception, medical training rooms, and an outdoor play area.

The project was developed pro bono by the Renzo Piano Building Workshop, in collaboration with con TAMassociati and EMERGENCY’s Building Division.

“I like to think of Africa as a laboratory for the future and not only as a place of suffering and forgotten wars. Gino asked me to design a ‘scandalously beautiful’ hospital,” says Renzo Piano. “He uses that phrase because to some people, the idea of offering beauty and excellence to everyone, especially poor and marginalised people, is scandalous. On the other hand, in many African languages, Swahili in particular, the concept of beauty is linked to goodness. There is no beauty without goodness.”

The hospital’s walls are made of pisé following a traditional building using rammed earth that provides thermal inertia, keeping temperature and humidity constant inside the hospital. Particular care has gone into ensuring environmental sustainability, with approximately 2,500 solar panels covering one-third of the centre’s energy needs.

One of the objectives of the centre includes training doctors and nurse who will contribute to improve paediatric surgery in Uganda.

“The country is not short of medical facilities or even a culture of medicine. What it needs is international collaboration, to provide continuous secondary and tertiary medical care to more of its people and to train specialists’” adds Rossella Miccio, president of EMERGENCY. “The choice we made for the hospital was to create a referral point in Uganda for paediatric elective surgery, both general and specialist, so we could arrange transfers of little patients from around the country and abroad.”

At full capacity, the hospital will employ 385 local people, 179 of whom are medical workers. Surgeons, paediatricians, anaesthesiologists, physiotherapists, pharmacists and technicians are 80% local and 20% foreign. The non-medical staff is 5% foreign and 95% Ugandan.

“The opening of the hospital is a major milestone for the children of Uganda and the region at large. The facility will offer high-quality free paediatric surgeries for children in Uganda and across the region,” says Dr Jane Ruth Aceng Ocero, Ugandan Minister of Health. “This is part of a deliberate effort by government to strengthen the healthcare system, reduce medical referrals abroad and improve health service delivery for our children. This facility will also be a landmark for Uganda as a referral destination for paediatric surgeries and training centre for our critical workforce. I would like to appreciate EMERGENCY and all our partners that have made this hospital a reality.”

Uganda’s Ministry of Health took part in the project’s development, collaborating in the decision making process. It provided the land on which it was built and paid 20% of the running costs and management, as outlined in the African Network of Medical Excellence’s founding aims.

The hospital was built with support from the following: