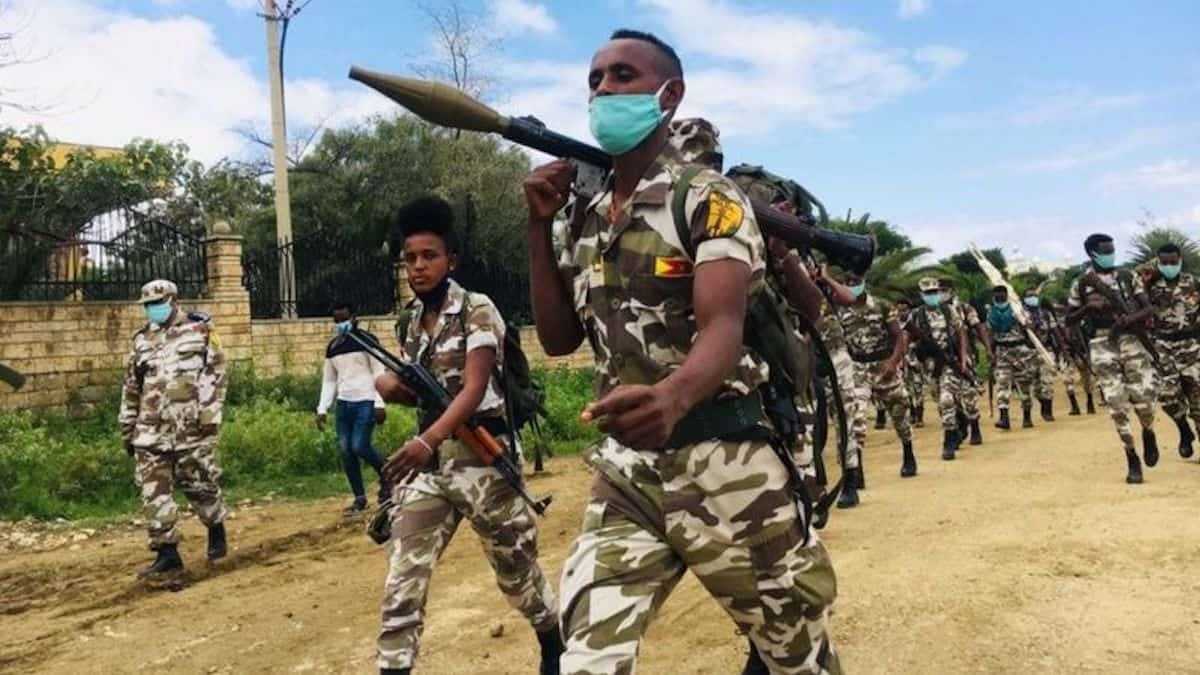 The situation on the border between Ethiopia and Sudan is escalating. Dozens of people, including five women who were working in the fields, were killed during attacks by the Ethiopian government in the disputed region, al-Fashqa.

Tensions have been high in the area for some time. For decades a territorial clash has been underway between the two countries, both claiming rule over the area which is rich in particularly fertile land.

Fuelling the conflict, which has become an armed battle, were statements by Transitional Sovereign Council (TSC) and General Commander of Sudan’s Armed Forces, Lt. Gen. Abdul-Fattah Al-Burhan, during a visit to the eastern Gedaref State.Addressing the troops stationed at the border, he declared that the entire nation thanked them and that he would support them until the rights to the lands that they were protecting would be taken “by force, by good faith or by any other method.”

“This is our land and we have the legitimate right to defend and protect it by all available means,” he stated to the Burhan troops. “How long must we be patient? Everything has a limit and this situation has exceeded its limits. This is our land and we are all willing to die here for this land, till the last man standing

Addis Ababa was quick to reply. A few hours later, Ethiopian Foreign Ministry spokesperson, Dina Mufti, responded that Sudan was trying to “inflame the situation” adding, “How long will Ethiopia continue to resolve the issue using diplomacy? Well, there is nothing that has no limit. Everything has a limit,”

According to analysts on Ethiopian issues, Ethiopian Prime Minister Abiy Ahmed has no intention of stirring up another conflict as his army is still deployed in the Tigray region where a military operation taking place against the authorities of the regional state has inevitably involved civilians.

The humanitarian situation in the region is getting worse every day.

The tragic consequences of the clashes, that began on 4 November, have forced thousands of people to flee. The origin of the conflict is a heavy attack by the Tigray People’s Liberation Front against the military forces stationed in the area last October. The reaction by the military was brutal.

For months, people have been dying because of the war, famine, and the lack of medicine, and thousands of women and children have been forced to leave their homes in search of safety and salvation.

Hundreds of thousands of people risk dying of hunger. The Emergency Coordination Center (ECC) in Tigray, run by the federal government, says that the situation is dire.
Field operators are evaluating the aid required following the internal conflict which ended with the siege of the capital of Tigray, Makallè. However, sporadic fighting between the armed forces of Addis Ababa and the forces loyal to the former local government continue to cause a rise in the number of displaced people.

Reports state that food is scarce in the entire region, increasing the risk of malnutrition. The ECC confirms that 4.5 million people need urgent food aid. The population in the region north of Ethiopia counts between 5 and 7 million people. Over 500 thousand people from Tigray have fled to neighbouring Sudan to escape the violence of the conflict, and many more are still blocked inside the area where fighting is still underway.

The UN has reported that access to parts of Tigray is still limited but that aid is slowly arriving.

In addition to the humanitarian crisis affecting the Ethiopian population is the impossibility of assisting the thousands of Eritrean refugees who continue to flee their country in search of security and support. In order to handle the emergency, the UN has appealed to the Ethiopian government to grant them full and unhindered access.

A call that has not been answered yet.