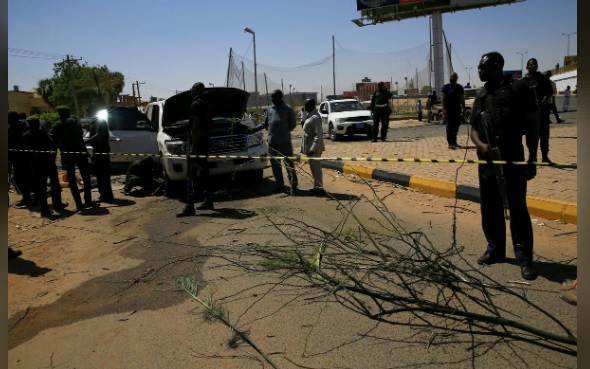 A car bomb to stop the process of democracy in Sudan. This was the goal of the assassination attempt on Prime Minister Adalla Hamdok, who was unharmed. Whoever conceived it will not stop on the first try.

The tension in Khartoum today is as high as it was during the protests against former president Al-Bashir. State television announced that Hamdok was heading to his office when, near the Kober Bridge that connects Khartoum Northern to the city center where government offices are located, there was an explosion. The Prime Minister was immediately evacuated and taken to a safe location.

At this time, no one has claimed responsibility for the attack. Footage posted online shows two white, Japanese-made vehicles, used by Sudan’s officials, parked on the street and damaged. Another vehicle, hit violently by the blast, was partially destroyed.

A few hours after the attack on his convoy, Sudan’s Prime Minister wanted to reassure the people of Sudan on his state of health.

“I would like to assure the people of Sudan that I am safe and in good shape. Rest assured that what happened today will not stand in the way of our transition,” he wrote in a Tweet.

Hamdok was nominated Prime Minister in August at the end of protests that led to the ousting of Omar Al-Bashir in April and with the establishment of a transitional government led by civilians.