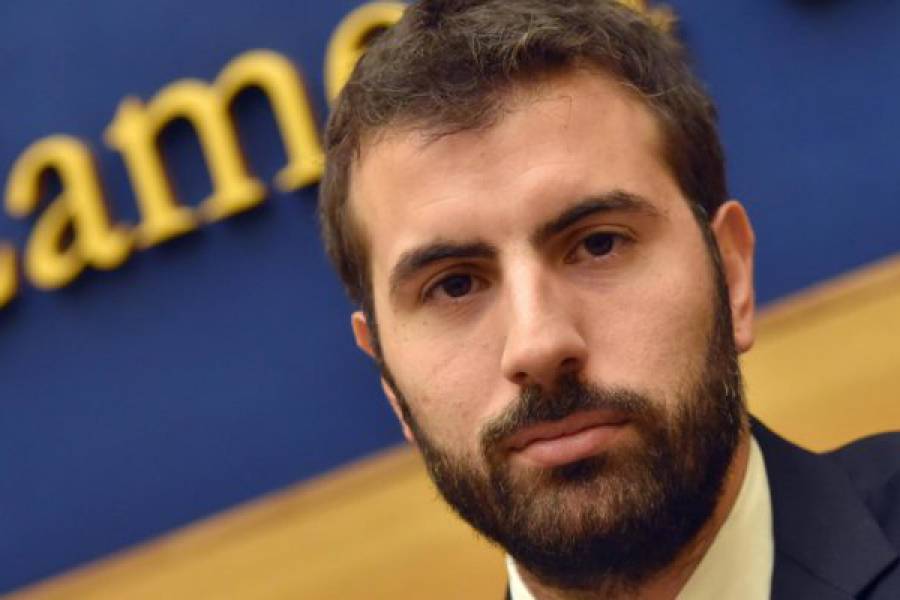 Not only has there not been a concrete answer from the Egyptian government on the death of Giulio Regeni, the hearing for Patrick George Zaki has been postponed yet again to April 6. The prosecution court in Cairo is to decide whether to extend his pre-trial detention. Zaki was studying for a GEMMA Masters (Gender and Women Studies) at the University of Bologna.
Yet, despite the systematic violation of human rights by Abdel Fattah al-Sisi’s regime, Italy continues to provide military frigates to the North African country based on a contract, as noted in the online magazine, Analisi Difesa, “to expand a military program in Egypt with Fincantieri and the Italian defense industry that in terms of naval vessels could mean four frigates and around twenty patrol boats to be constructed in Egyptian shipyards as well.”
On top of that, today at Pratica di Mare, in addition to medical personnel from Ukraine, Foreign Minister Luigi Di Maio welcomed two flights out of Egypt with medical supplies. The Egyptian Minister of Health, Hala Zayed, was on board one of the planes.
The Foreign Minister got carried away in sloppy praises and, in addition to the invitation to end their differences, he thanked “all the governments helping us: we will not forget them, they will be close to our hearts.”
But not everyone agrees, such as Erasmo Palazzotto, Member of the Italian Chamber of Deputies.
Honourable Palazzotto, today Foreign Minister Di Maio welcomed two flights from Egypt openheartedly at Pratica di Mare. What are your thoughts?
Countries like Egypt think they can buy indulgences from Italy through symbolic gestures like this one. We cannot allow it, not even with the difficulties we are facing. The debt Egypt has towards us is very high and it can only be paid with one currency: the truth about the death of Giulio Regeni and the immediate release of Patrick Zaki.
Is it not a contradiction in terms that Egypt is providing us with medical supplies when it is currently third in Africa for the number of confirmed cases after South Africa and Algeria?
We should have thanked the Egyptian government for their offer and declined it pointing out it should take better care of its own citizens. A planeload of masks will not change Italy’s fate, but it could make a difference to the lives of thousands of Egyptians. Maybe the time has come to end this show of Human Rights Washing that authoritarian governments use to get credit with public opinion in European countries and clean their conscious.
You are President of the Parliamentary Commission of the Inquiry into the death of Giulio Regeni. What is our government actually doing to obtain the truth?
So far, not enough. Ordinary diplomatic pressure is not justifiable anymore. We must send a message out: relations between Italy and Egypt will never be normalized until the Egyptian government cooperates in reconstructing the truth and getting justice for Giulio Regeni.
Then there’s the Zaki case. His hearing has been postponed again. At this point, wouldn’t it make sense for out Ambassador to leave in protest?
It’s not up to me to discuss the most appropriate diplomatic pressure to exercise against Egypt. In my position, what I can say is that the actions used up to now have not been effective. The case with Zaki is proof. He is a university student. He is not a threat to the Egyptian government. His detention is a clear message of challenge to us.