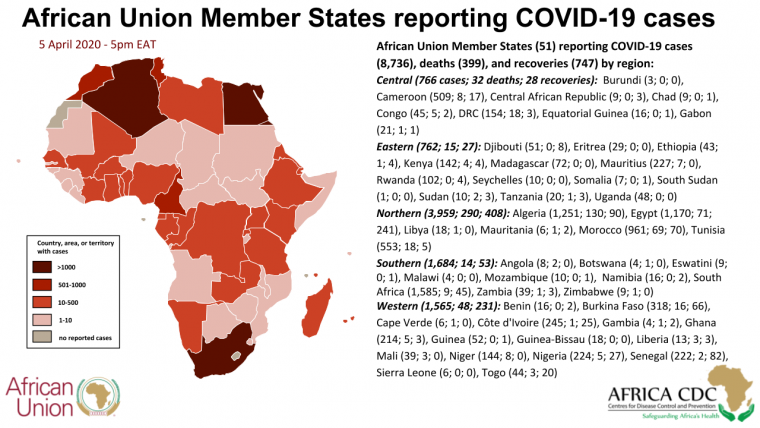 South Sudan has confirmed the first case of COVID-19 becoming the 51st of the 54 African nations to be hit by the New Coronavirus pandemic. Despite measures to contain the outbreak, contagion continues and 40 countries have decided to escalate controls and restrictions on the population and prohibiting events that gather many people together and by closing off public spaces.
The Africa CDC Centres for Disease Control and prevention of the African Union also confirmed that 12 countries have closed their national borders to limit internal and external travel and another 12 countries are in a state of partial confinement, banning flights abroad.
As the health emergency grows, even under an economic standpoint, serious consequences are expected in Africa.
The alarm was launched by Ahunna Eziakonwa, Regional Director for the United Nations Development Programme (UNDP) foe Africa according to whom up to 50% of the employment rate expected in Africa for 2020 will be lost in sectors such as aviation, services, exports, mining and agriculture.
The high ranking UN official stated that parts of the continent will face “complete collapse” unless the spread of the COVID-19 pandemic is controlled. According to Ms. Eziakonwa, there will be a complete collapse of economies and livelihoods. The latter, “will be wiped out in a way we have never seen before,” she told The Associated Press.