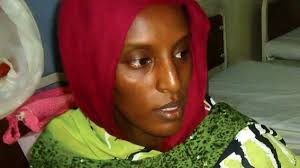 The soft brown leather briefcase his family had given him the day he received his university degree was stuffed with legal acts, judgements of the Constitutional Court and past judicial findings Mohamed Abdelnabi knew by heart. He had read each page over and over with an almost manic frenzy and he had no doubt that he had established the legal validity of his arguments. The problem lay elsewhere: Meriam’s case went beyond the realm of simple jurisprudence. It dealt with the narrow-mindedness and fundamentalism of a judge that had overextended his position. For this reason, he and the other defence lawyers did not give up after the ruling. On the contrary, they stated they were “extremely confident” about the next steps. They immediately announced they would appeal the sentence and were convinced of the result: in the second degree, Meriam would win and all charges against her would be dropped. It was more than simple hope. The Sudan Constitution explicitly provides for unrestricted religious conversion. Worst case scenario, if the sentence was confirmed in second degree, they had a further two years to argue the judgement; the unborn child had a right to protection, so the execution could not be carried out until after the child was born and Meriam could finish breastfeeding it.

Meriam spent her days in a cell; a room with three cots and flaking walls she shared with other detainees. Light filtered through a tiny window with bars, and an old fan provided a little air. She spent most of her time in bed with Martin. She would get up as little as possible and had trouble walking. Her legs were swollen and her ankles were bruised. Plus, she was eight months pregnant. Her first labour had been long and there were complications. If that was any indication, there was the risk that this one would be even worse. Furthermore, the chances of complications were high, if not certain. The other inmates shunned her and made fun of her. One in particular did her utmost to make her life insufferable and the guards either pretended not to notice or joined in the harassment, subjecting her to unbearable physical and psychological abuse.

Her lawyers had requested a transfer to hospital or a private clinic where she could be monitored: a temporary house arrest until she gave birth. But prison authorities said they would grant this only if a C-section was necessary. There was no way around it. The little girl would be born in a dirty, sad, unhealthy place in a hostile, to say the least, climate. What should have been one of the happiest moments of her life, the birth of her daughter, may well have become one of the worse; a moment of loneliness and desperation. And death.

Notwithstanding the increasing and widespread confidence that the case would go to the Appeals Court and that the death sentence would be reversed, the intensity of the mobilization was not dampened. Letting our guard down would have been an unforgivable mistake. To keep public opinion and media awareness high, I asked some associations to endorse and send an open letter to the President of Republic, Giorgio Napolitano.

Italians for Darfur, People4Sudan, Articolo 21, the Salesian missionaries of El Obeid and Sudanese refugees in Italy, urged our country to put greater pressure on the government of Sudan and demand an act of clemency for the young woman who was about to give birth. We knew it was important to keep appealing to the authorities in Khartoum and perhaps a direct intervention from the Italian President to the Sudanese president Omar Hassan al-Bashir would be to our benefit.

A week from Meriam’s sentencing and shortly before Meriam was to give birth to her second child, it was inconceivable that she was in chains, left alone, isolated from her family and had no medical or psychological assistance. It was inhumane as well as unjust. Especially given the softening of the government’s stance as declared by the Ambassador to Sudan in Italy, Amira Daoud Hassan Gornass, also wife of the African Foreign Minister. The diplomat issued an official statement saying that Meriam’s lawyers’ request to re-open the trial was justified and expressing there were reasonable possibilities that the sentence would be reviewed. She then stated that the first degree court sentence, that was based on Islamic law, would only be enforced after all the degrees of justice and appeals were exhausted. Finally, she stated that, aside frome being independent of any form of political influence or interference, the judiciary system had to comply with the Constitutional Charter that explicitly protects religious freedom.

In truth, in spite of what the government and its representatives said, Meriam’s case was the exact opposite: most Sudanese citizens adhered to Sharia law with more conviction and strictness than to Constitutional policies. They believed anyone who violated it should be punished. Harsh, let alone cruel. It didn’t make a difference that the person in question was a young women and mother who was about to give birth to her second child. Sure, the country was divided. There were those, even Muslims, who supported Meriam and strove to understand her side and spoke of “mercy”. But the majority pointed their finger at her. And shook it fiercely.