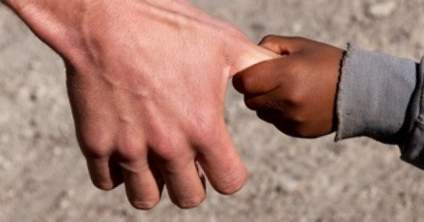 “18 per cent of the world’s population, over one billion people, does not have electricity. We at Eletricisti senza frontier, ESFITALY (Electricians without Borders Italy) are committed to improving the lives of the most vulnerable communities starting from electricity,” says Felice Egidi, President of the DIRE press agency talks about ESFITALY’s commitment, founded in 2015 as a sister  organization of the French non-governmental organisation (NGO) Electriciens sans Frontière. “Today there are many more of us, in Germany, Spain, and the United States, who bring light to remote areas of the world.”

With the support of technicians, engineers and experts “who dedicate their time free of charge and voluntarily”, Elettrici senza frontier has developed many projects.

“The first was in Laos installing photovoltaic panels in remote villages,” said Egidi. “It took us a three-day walk to reach them. You can imagine the importance of electricity for these people.”

Electricity not only provides services, it provides rights as well. “We would like to bring drinking water as well, but without electricity you can’t power the pumps,” explains Egidi, Enel’s former Director of Institutional Affairs in Brussels and Senior Advisor of Elettricita’ Futura, adding, “We developed many important projects in the health sector.”

ESF consolidated its presence in Africa.
“In Kenya we installed 5 kilowatt solar panels in a centre run by Aina and the Comunita’ di Sant’Egidio that houses about 300 children who are HIV-positive from birth. In addition to improving the services of the centre, the energy is used to irrigate the garden that meets most of the children’s nutritional needs,” says Egidi. “Now, due to the COVID-19, we are considering returning in order to improve patient reception by stabilizing the grid. The Intensive Care and Radiology machines, as well as the sterilizers and fans, are often obsolete and power surges cause serious damage to them.”

ESF then operated in Angola. There is a Doctors with Africa CUAMM hospital compound in the southern town of Chiulo where the NGO set up a “extremely stable and reliable” system by installing a 55 kw grid of photovoltaic solar panels with battery storage and renewed the hospital’s entire electric distribution system.

“Diesel fuel that powers the generators is very expensive, it is not reliable and it pollutes,” says Egidi. “Our goal was to bring light to the maternity ward and operating rooms.”

A similar but larger project – 350 Kw solar panels – was carried out at the Centre for Paediatric Excellence in Entebbe, Uganda. It was developed with contributions from Emergency and designed by the architect Renzo Piano. Another non-profit organisation, Electrical Safety Foundation International, participated by installing solar panels and battery storage. ESF did its part by developing the entire remote control system for operational management that can be accessed all over the world to intervene on problem siyuations.

“With Enel Green Power,” says the President, “we carried out an important operation that makes the hospital more efficient and prevents the very frequent power surges.”