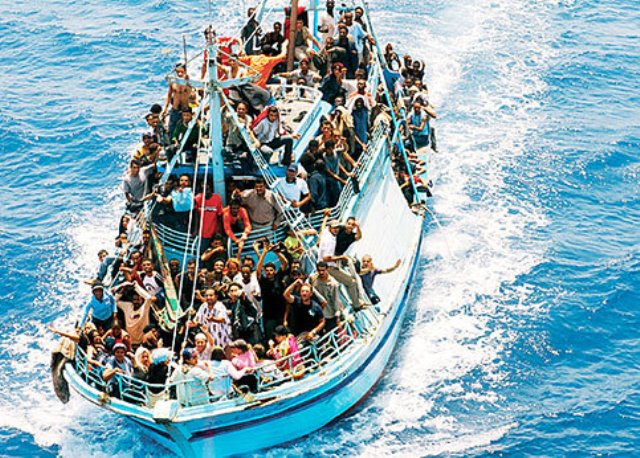 In his first official visit to Libya, Italian Prime Minister Mario Draghi expressed satisfaction for what Libya is doing in rescuing migrants. But what exactly are Italy and all of Europe satisfied with? And how much are they paying to be satisfied?

In reality, in recent years, Italian and European migratory policies have been almost exclusively concentrated on what is called migration diplomacy according to which the quotas of migrants in transit from a country, the number of border posts and repatriations, have been thrown in together with geopolitical negotiations,  oil extractions, investment deals, the sales of weapons and trade agreements. Migration diplomacy obviously comes at a cost: between January 2015 and November 2020, Italy alone spent 1.33 billion Euros, 59% from resources allocated directly from Rome – meaning our money – and 41% from European resources managed by Italy. Too bad if it’s not even worth the trouble and if migratory policies have only proven marginally effective in containing migration. It’s better to cast a shadow over the price in terms of lives lost at sea – that are currently reoccurring –  and the violation of human rights, in particular in Libya, where the creation of a military system to intercept people fleeing from their places of origins has only prolonged the period of detention and dramatically increased cases of abuse.

Since 2015, Italy has had an important role in this European strategy to stop migrants and refugees from arriving in Europe following agreements signed with the countries of origins and transit. In the past five years, Rome has invested in 25 African countries, in particular Libya, Niger, Sudan, Ethiopia and Senegal. This data was issued in the report, “The big wall”,  published by Action Aid that, for the first time, quantified the expenditure intended to stop flows.

Needless to say, Libya is at the top of the list for expenditures, but it is not alone. Ethiopia, Sudan, Niger and Tunisia are right up there with it. Since 2017, Italy spent around 784 million euros in Libya, of which 213 million in military missions. Overall, funds increased year after year with the double objective to stop migrants from arriving and to increase Italian influence in the former colony. In addition to Libya, the largest share of expenditure was spent on border control that equalled 48.8% of the total. The report stated that the expenditure was not only often in contrast to the respect of the most basic human rights, in most cases it was also disorganized, fragmented, subject to political bias, lacked transparency, and was devoid of a clear and objective process if not that of general containment and repression of migratory movements.

The Italian funds were distributed by various Ministries, the main one being the Ministry of Foreign Affairs and Cooperation.

As for European funds, it is a sector destined to increase in the next few years: for the first time, the new budget (2021-2027 long-term EU budget) established a specific investment on migration equal to 24.2 billion euros, an increase of 96% compared to funds allocated in the 2014-2020 term. This in itself would be a good thing were it not for the fact that the only European strategy, lacking in transparency and organization, continues to prioritize security with the objective of repressing migratory flows and increasing repatriation, subjecting migrants and refugees to abuse, expulsions, and extortion as well as making it more difficult for refugees to seek protection. The funds have not been allocated to programs and countries whose main objective is to reduce poverty, but to respond to the illegal migrations that remain to be the only route for migrants in the absence of legal entry channels.

Italy and Europe must redesign the strategies for migratory policies so that people and human rights are at the centre.