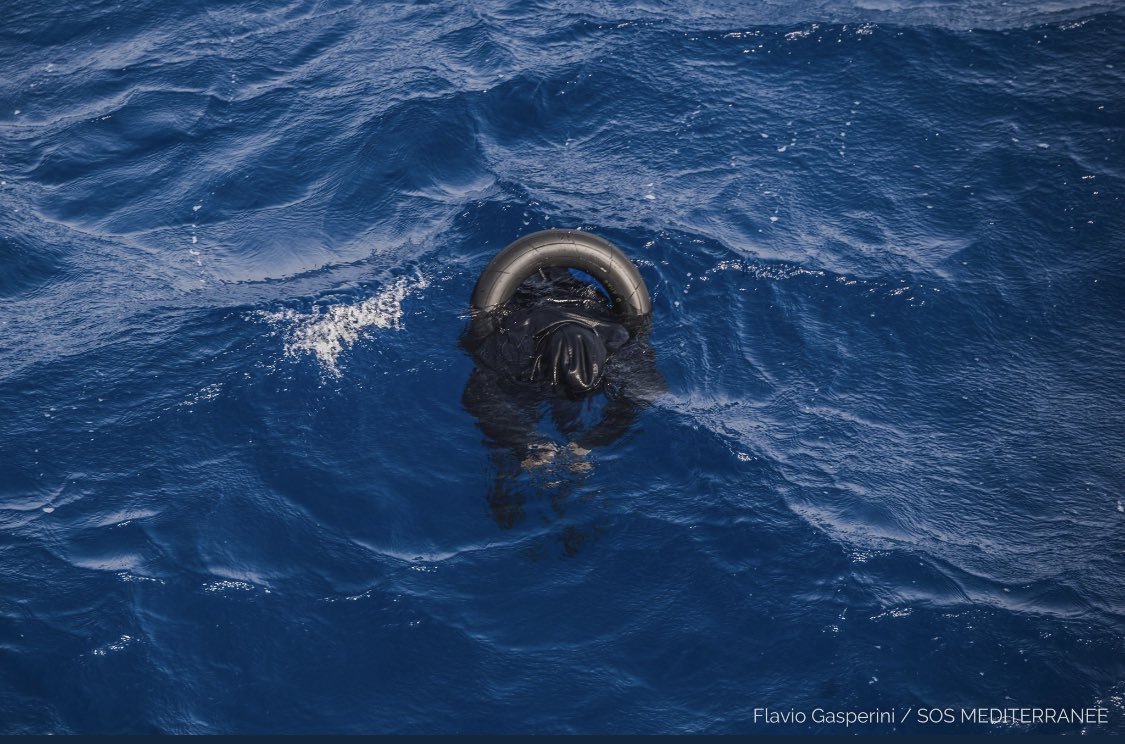 After 3 October 2013, one of the darkest in immigration history when 366 people, mostly Eritrean, drowned in a shipwreck off the shores of Lampedusa, there was a promise of “never again”.

In response to the tragedy, that took place in the same year in which the highest number of deaths at sea ever was recorded, Italy launched “Mare Nostrum” on 31 October.
In 2014, after 12 months of challenging activity without European backing, the Italian search and rescue operation was suspended.
From that moment on, all the governments that came after, all of them, are guilty of those deaths.

Men, women, children… Each with a name and a face. With dreams and hopes, weaknesses and fear.

United by one thing; the tragedies that take place day after day off the shores of our coasts where the depths are littered with boats that have sunk with their cargo of desperation and also the weight of the responsibilities of those who urged those people onto their dilapidated boats because there is no other escape from humanitarian crises, wars, and abject poverty that oppress millions of people.

Sure, it’s much easier to shed crocodile tears than accept the thousands, tens of thousands, of refugees that arrive on our shores, in our ports (if they are allowed to dock…) in search of a future in Europe.

The same Europe that just can’t seem to overcome selfishness and divisions.

It is right and dutiful to mourn the victims of the last shipwreck that took the lives of 130 people like political representatives of the entire Italian and European constitutional spectrum are doing. But first, we need a change of pace.

Not a “feel-good” turning point, like some fear and abhor (writing it on the front pages of rags that have nothing to do with news and information).

No, because there are no good people in this story.

What we need is for Europe to take concrete responsibility because Italy cannot do it alone.

Notwithstanding the commitment of some representatives in Brussels, very few to say the truth, many continue to oppose any joint initiative that could lead to sharing the burden of despare that pours onto our land.
Every time a boat arrives in Italy, whether it manages to dock or it sinks leaving the task of recovering the survivors or the lifeless bodies of the shipwrecks to the few volunteers left to patrol the Mediterranean, there are those who turn up their noses and clamour over the scandal of receiving refugees indiscriminately into our country.
Perceived by many as “dead weights” that the government “saddles us with” to the detriment of many Italians in need, they are never seen for what they truly are; desperate people who risk their lives by facing long and dangerous journeys on dilapidated, overcrowded boats because there are no alternatives.
The tragedy we are talking about today not only could have been avoided but it was aggravated by the failure of prompt rescue operations despite the repeated requests for help for two long days. This, like any other crime, because that’s what this is, is the consequence of a series of policies and laws to block ONG sea rescue operations before migrant fluxes.

A veritable war of investigations against the few organizations that still persist in wanting to help migrants who take on journeys of death.
An undeclared war that has also been declared by government institutions that are complicit and responsible for the lives that are taken in the ice-cold, deep waters of the Mediterranean.