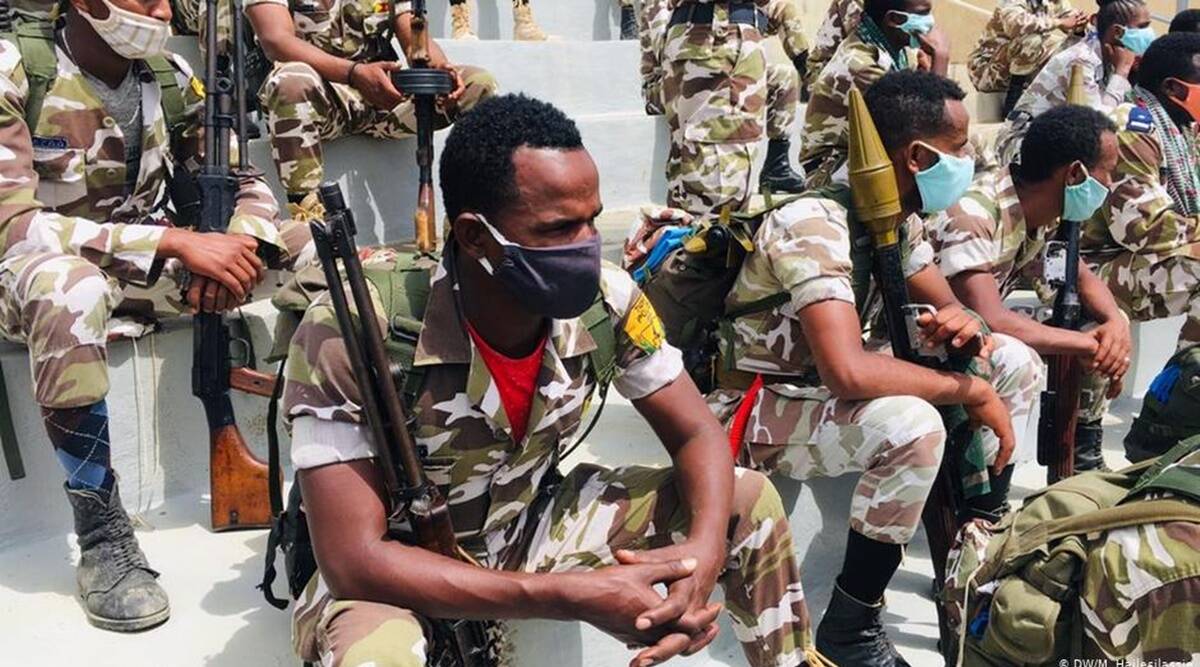 From the Nobel Peace Prize in 2019 to a conflict that could trigger a civil war in his country. After bombing operations in northern Ethiopia, Prime Minister Abiy Ahmed, effectively paving a new source of crisis in the already turbulent Horn of Africa, has no intention of stopping the airstrike in the Tigray region, the stronghold of the Tigray People’s Liberation Front (TPLF), anti-government rebels, notwithstanding international appeals against the military escalation.

The Federal Council of Ministers, in the meantime, voted in favor of instituting a transitional administration in the region where clashes between regional forces and the federal army broke out last week.

The federal government decided to dissolve the Tigray administration, declaring it illegal.

Decision-making power has thus been passed over to the Prime Minister who stated, “the transitional administration will nominate officials, defend the rule of law, approve the region’s budget and facilitate the process of elections.”

The raids did not cease during the night. Ethiopian planes continued to drop bombs on TPLF military targets inevitably causing the death of numerous civilians that could grow. A new military operation began at the break of day to seize control of the city of Dansha near the border with Sudan and Eritrea.

“The military operation of the three main phases have been successful: containing the enemy attack by targeting defense forces, the police and infrastructures; protecting resources and weapons, and weakening the capacity of the rebel faction,” declared Abiy Ahmed addressing the nation on live television adding that all TPLF, Badme, Tsorena and Zalanbessa militia had been incapacitated.

Ahmed also announced that the operations would continue, “in order to guarantee peace and safety for the people and the country, reinforce the capacity and ability of the National Defense Force until the rebel group is brought to justice.”

The go-ahead for the military operations is actually the effect of tensions that have been stirring for some time between the federal government and the president of the northern region, Debrestsion Gebremichael. A situation that has been going on for months and was fueled after elections in the opposition region in September declared illegal by Addis Ababa. The party in power of the region was then placed on the blacklist of terrorism and organized crime.

The situation in the region deteriorated further lately after an attack on a federal military base in the capital Makallé by rebel forces.

From that moment, a military escalation began in northern Ethiopia where a state of emergency was declared, approved by the government thereby giving it the power to “defend and protect the constitutional order and uphold the rule of law,” and authorizing the suspension of some political and democratic rights as provided in the constitution.

But the current arracks in the Tigray region are not only a military operation, it is a massacre of civilians.  Deaths are already in the thousands.

Local networks broadcast the news but it is difficult to verify from independent sources. Internet and telephone lines in the region have been shut down for the past 48 hours and access by air has been blocked. The BBC and other international sources have also reported attacks in the areas bordering the Tigray region and the western region near Amahara, an ethnic group that recently suffered the massacre of at least 50 people in the military attack on the village we wrote about recently.

Historically, the Tigray is a strategic military point for Ethiopia because it borders with Eritrea with which a long war finally ended in 2018 with a peace agreement that earned Abiya a Nobel Peace Prize. One of the most important Ethiopian military bases is in Makellé, capital of the Tigray region. The northern region of Ethiopia also has a large military defense system at its disposal: according to a report by the International Crisis Group, the TPLF party has circa 250 thousand military and paramilitary soldiers. Furthermore, since Abiy was elected Prime Minister in 2018 by the coalition government, following the resignation of former PM Hailemariam Desalegn, collaboration with the Tigray people, who in the past held important positions in Addis Ababa, was broken with the formation of a new government.  Feeling marginalized, in 2019 the Tigray People’s Liberation Front let the coalition government. Since then, relationships have been strained and have led to the attacks that are c