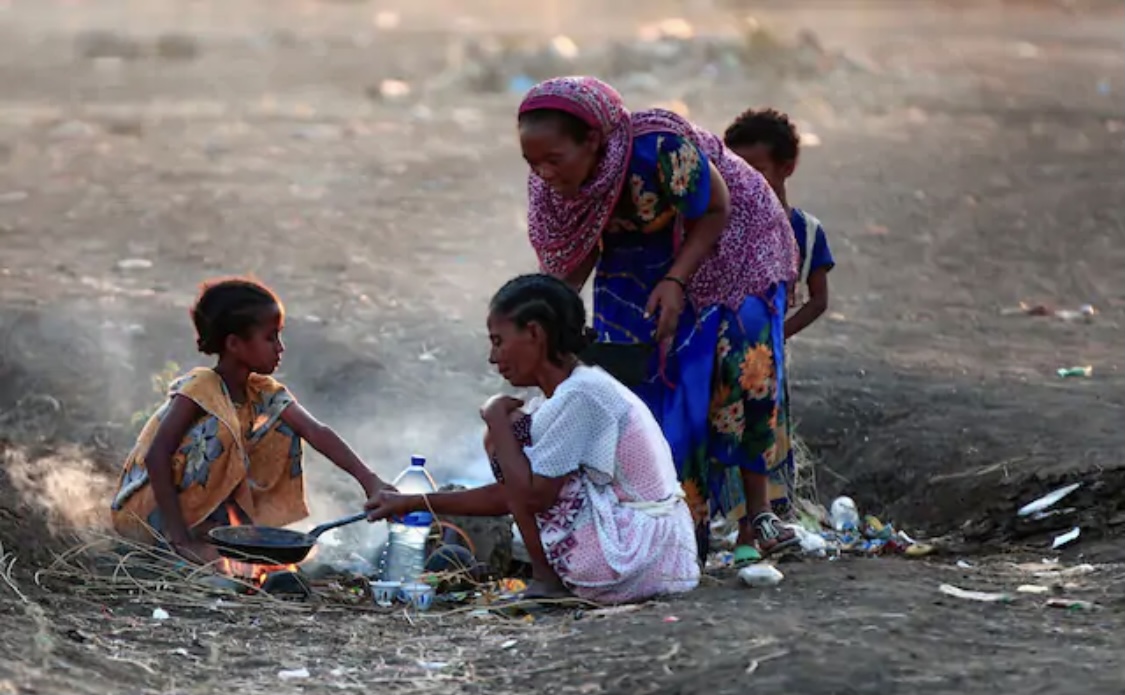 An unstoppable conflict that has already seen hundreds of victims and seems destined to cause a devastating crisis in all of the Horn of Africa.

The scenario of war in Ethiopia continues despite statements that federal forces are “with” Makallè, the capital of the Tigray region, and are close to putting an end to the occupation by the Tigray Peoples Liberation Front (TPLF) that controls the city.

The conflict between the federal and regional governments began on 4 November when Ethiopian Prime Minister, Abiy Ahmed, launched a military action against the Tigray region that led the civilian population to take flight towards neighboring Sudan.

The complicated Ethiopian situation is cause for worry for Europe. In a statement, High Representative/Vice-President for External Action, Josep Borrell, conveyed the EU’s concern about an “imminent humanitarian tragedy” in Ethiopia. Tension in the Tigray region has transcended to violence, atrocities and human rights violations. International appeal for dialogue and an end to the violence have not had any effect. Intense diplomatic contacts on all levels of interests that could influence the conflicting parties haven’t had any effect so far.

In the meantime, the European Commission has allocated 4 million euros in emergency assistance for displaced persons having to leave their homes because of the crisis.

A rising number of Ethiopian refugees is fleeing the conflict and continue to reach the Sudanese borders. The Commissioner for Crisis Management, Janez Lenarcic, said that, “There is a real humanitarian crisis being created by the unfolding conflict in Ethiopia’s Tigray region.” Adding, “With this initial funding, we will help Ethiopian refugees who have had to leave their homes”.

The EU representative that announced the funding stated that, “the solution, however, lies in the cessation of hostilities”. And so, the European Union urges “parties to the conflict in Ethiopia to allow full and unrestricted access for humanitarian workers to all areas affected by fighting”.

As with all conflicts, those who pay the highest price are civilians. Humanitarian organizations describe a situation where even basic food supplies are lacking. The population is terrified and is trying to flee the area in fear of being killed.

UN organizations and NGOs have been warning about the risk of a humanitarian disaster for over a week. Long lines in front of stores had already begun to form when, on 4 November, the Prime Minister announced the beginning of a military action in response to an attack by regional troops.

Trucks loaded with food, fuel and drugs were blocked outside the region. The banks have been closed for days and the threat of an invasion of locusts that destroy crops is only adding to the difficulties.

The refugees recount their escape as frightening and dangerous. They left everything behind and fled without money or food. They walked for hours, some for days, and swam across a river to reach Sudan. People are scattered between makeshift shelters and official camps. They need everything: water, medical treatment, food, and the humanitarian organizations working in the area aren’t able to respond effectively to the urgent needs of the refugees.

The situation is not different for those who remain in Ethiopia.

The Tigray regional government spoke of over 100 thousand internal displaced persons and has asked for humanitarian aid. Many people in the region fear anti-ethnic violence, too.

An already dramatic situation can only get worse.