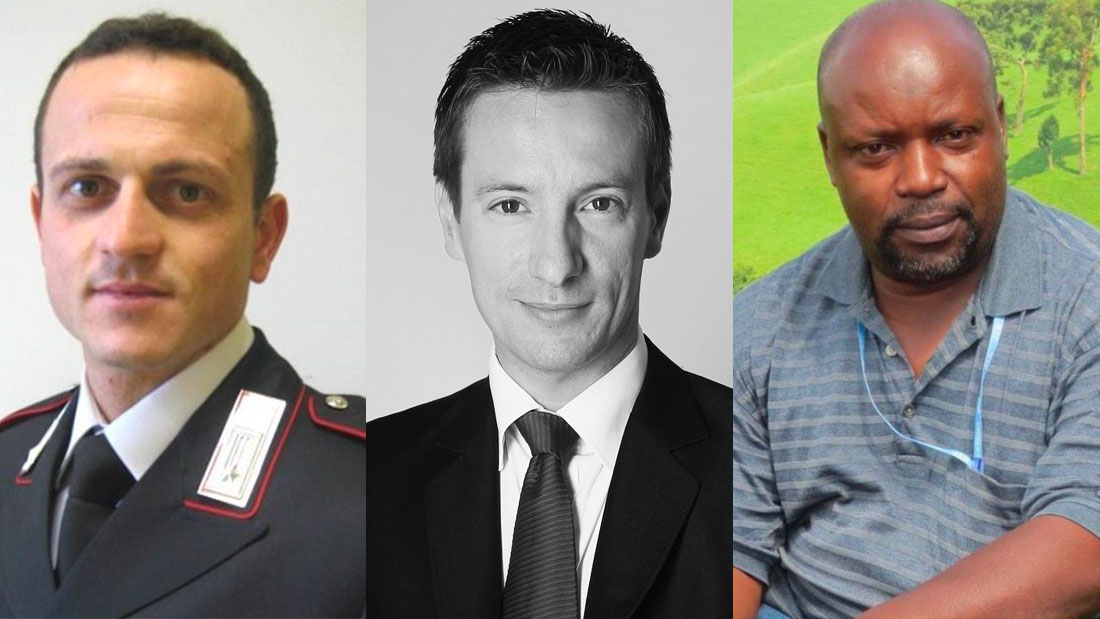 Goma, a green meadow. A military squad armed with Kalashnikoks. Six people are seated next to each other, handcuffed and exposed as if they were trophies of a long-lasting hunt. For the Congolese authorities they are the alleged killers of Luca Attanasio, Vittorio Iacovacci and Mustapha Milambo. To many, a mise-en-scene appears.

Seven men believed to be members of the commando who attacked the convoy of the World food program on 22 February in which the Italian ambassador was traveling, one on the run: it is explained to the local press.

The commander of the North Kivu police, Aba Van Ang, in an impromptu conference, thus announces the turning point of the Congolese investigation.

The news was spread via Twitter by two journalists, Justin Kabumba, local correspondent of France24 and Ap, and Stanis Bujakera Tshiamala, of Reuters and Dpa. The tweets also show some photos and a video of the alleged killers delivered to the military governor of North Kivu.

At the moment, however, there is no confirmation from the central authorities.

According to official press releases, which partially contradict the information broadcast overnight by the local media, the arrested are not 7 but 2. The other people sitting on the ground in handcuffs in yesterday’s videos are members of criminal groups that have nothing to do with the killing of Luca Attanasio.

According to the reconstruction of the Congolese police, the plan was to kidnap the Italian ambassador in Congo Attanasioto ask for a million dollar ransom. So the killing of the ambassador by one of the members of the rebel group “Balume Bakulu”, known as ‘Aspirant’, would not have been planned but a mistake.

Doubts about the operation remain …

Meanwhile, the Rome prosecutor confirmed that it had sent an official request to “acquire elements that allow the verification and careful evaluation of the investigative news coming from the Congo”.

According to sources from the judicial office, the prosecutors of Piazzale Clodio asked for the minutes of the statements made by the arrested to examine them and find any objective responsibility for what happened. In addition, within the scope outlined by the two letters rogatory sent previously, work is being done to speed up the mission of the Carabinieri del Ros in order to try to directly interrogate those arrested and support local investigators in the next steps of the investigations.