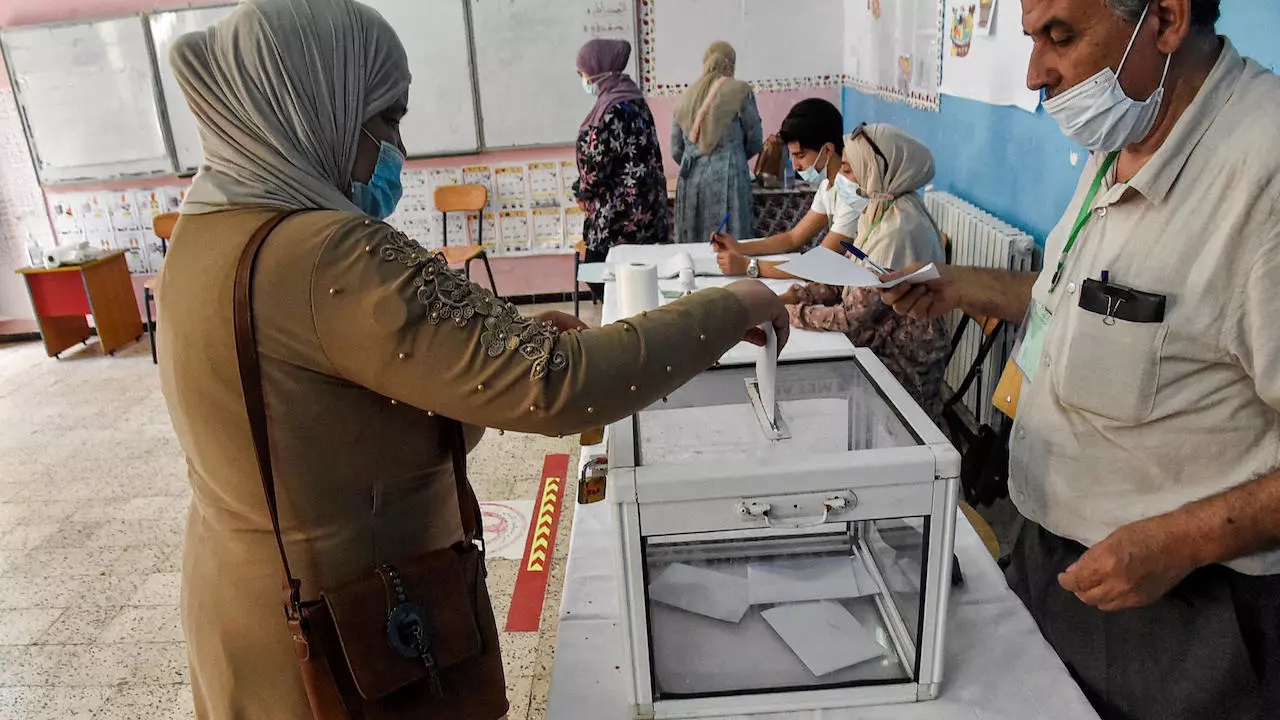 The National Liberation Front (NLF), the government in power in Algeria, won the legislative elections that were held on Saturday, characterized by low turnout.

The president of the National Independent Elections Authority in Algeria, Mohamed Chorfi, announced the official election results held on 12 June more than three hours late. The NLF, that has been in power since the North African country gained independence in 1962, won 105 seats in the new government, confirming its place as the first national political force for the next five years, at least.

Independent candidates represent the second highest with 78 seats, and the Islamist Movement of Society for Peace (MSP) is third with 64 seats. The fourth party is the Democratic National Rally (RND) with 57 seats. The three parties (MSP, RND and NLF) made up the presidential alliance in 2004 in former president Abdelaziz Bouteflika’s government before the MSP abandoned the coalition and joined the opposition in 2012. The El Moustakbal movement won 48 seats and the Movement of El Bina will have 40 seats in the new government.

The victory for the NLF comes as a surprise as the party had been considered almost dead when it was compromised by former president Abdelaziz Bouteflika who was forced to resign in 2019 following an unprecedented protest movement.

What is not surprising is voter turnout: the lowest ever in the country. The number of eligible voters who cast a ballot was only 23%.