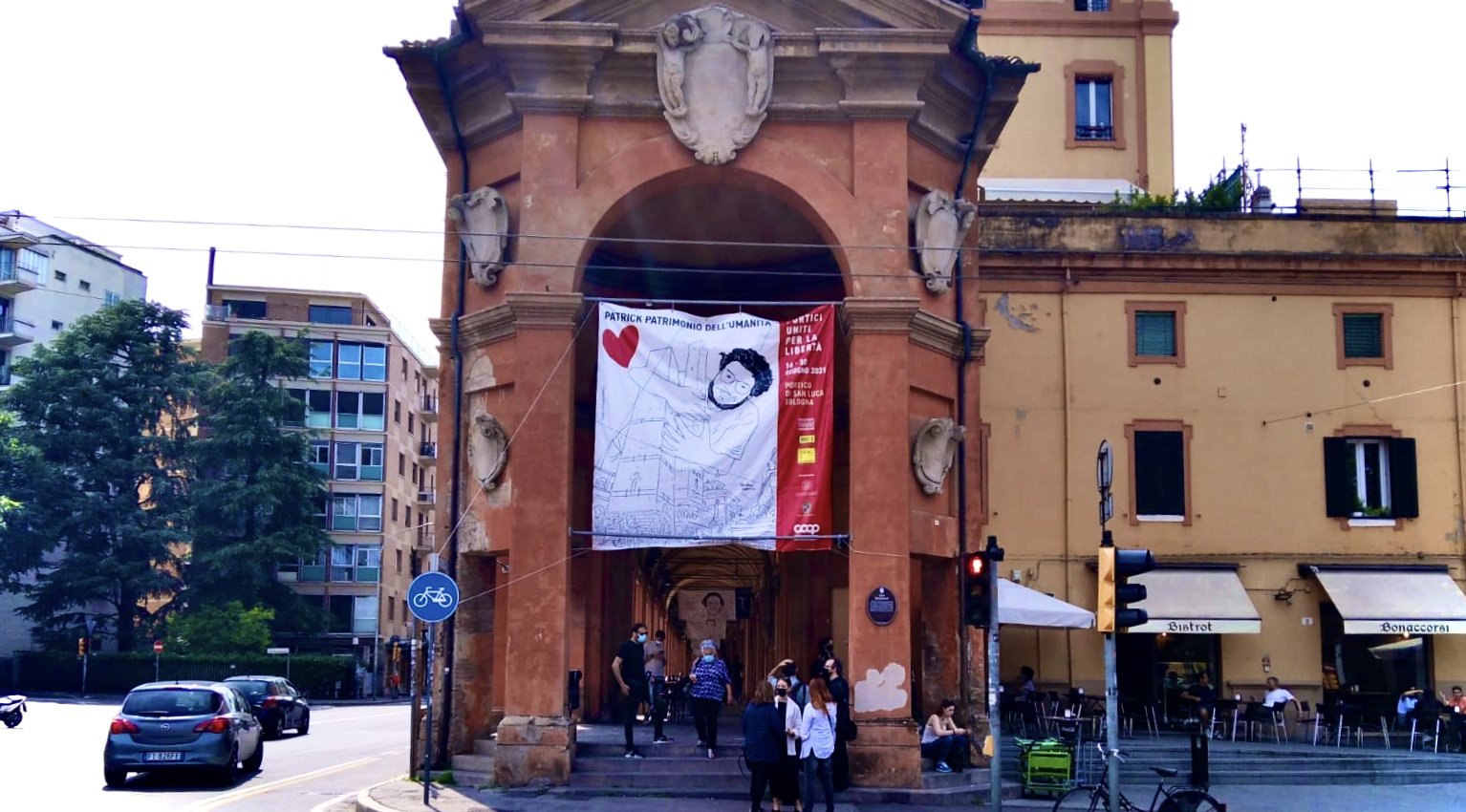 Today at 4:00 pm the campaign that began on 8 February 2020 when the news began to spread of an Egyptian student who studied in Italy had disappeared as soon as he had landed in Cairo, will be held in Bologna, the city where Patrick Zaki had gone to pursue his project: his studies for a Masters in Gender Studies at the Alma Mater Studiorium University and perhaps even studies in life.

Patrick Zaki turns 30 today and it is the second birthday he is spending in a filthy cell in the Tora prison on the outskirts of the Egyptian capital, known for overcrowding, poor sanitary conditions, torture, and for months now, COVID-19 outbreaks.

We learned that Patrick Zaki would not be able to celebrate such an important day as a free man on 2 June with a further renewal of preventative detention for another 45 days.

As of today, the porticos in via Saragozza in Bologna will be made even more appealing by 50 drawings by Gianluca Costantini for the “Patrick patrimonio dell’umanità” (Patrick patrimony of humanity) initiative. Drawings of Patrick and 49 other prisoners of conscience from 13 countries to remember how freedom of expression is still being violated around the world: from Turkey to Belarus, from the Congo to china, from Saudi Arabia to Iran.