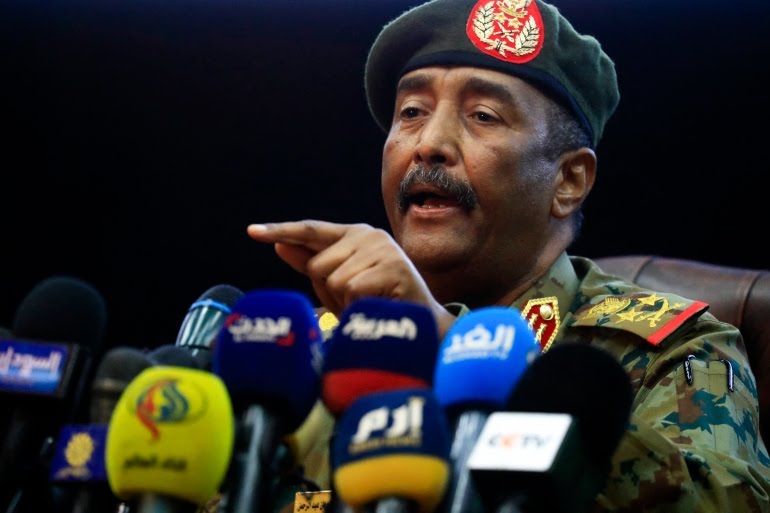 What is happening in Sudan after the October 25 coup is a quantum leap in the history of Sudanese political action, both at the opposition level and at the government level. The coup was based on the assumption that there is a state of comprehensive dissatisfaction in the street with the civil sect in the government, by recalling what happened after the popular movement in 1964 and 1985 from a state of comprehensive frustration that led the country to the May 25 and the 1989 coups. The commonalities between the two coups were the ideological spirit and the acceleration of results. The result was the destruction of the country. Estimates of the coup led by Al-Burhan in alliance with the Rapid Support Forces , the armed movements prepared and signaled from the beneficiaries of the palace sit-in, who incites and supports the coup until this moment. The military has also worked hard and diligently to thwart the democratic transition by creating security fragility and economic pressure to cause a collapse in the revolution system and a decline in the revolutionary tide, by establishing that the civilian government will not be able to rule Sudan.
When the coup took place, Al-Burhan and his alliance expected to be fully supported and obtain the mandate he was looking for, but the picture came completely different from the readings of the military, which reduced the revolution to the person of Dr. Abdullah Hamdouk and took him as a bridge to cross. From the first hour, the street organized its ranks and turned to confront the dreams of the evil government, and a revolution began with a resistive and organized concept that transcends previous templates of partisan arrangements and groupings that can be broken. Keen leaders appeared looking for the country’s interest and prioritizing how Sudan is governed
The coup will be defeated because there are revolutionary forces that were formed from the womb of challenges, forces that knew that compromise is a dark road and that defeat lies in flawed and humiliating concessions. The coup will be defeated because treachery, betrayal are plants that will not bear fruit in Sudan, even if they are genetically modified.