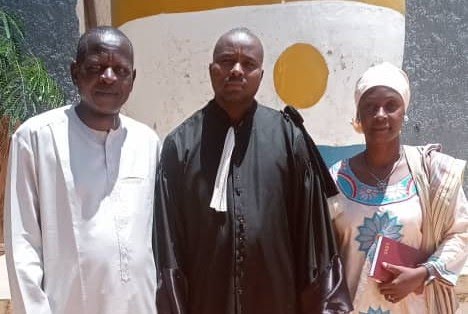 On 3 January, a court in the capital Niamey sentenced two prominent journalists, Samira Sabou and Moussa Aksar, to respective one-month and two-month suspended jail terms, for republishing the findings of a May 2021 report by the Geneva-based Global Initiative Against Transnational Organized Crime (GITOC).  The report alleged that a huge drug seizure made by the Niger authorities had been reacquired by the drug traffickers, using illicit means.

Both were convicted based on the 2019 Cyber  Criminality Law which has been used by the authorities to clamp down on dissenting voices in the media and civil society – with terms like ‘defamation by means of electronic communication’, and ‘disseminating data for the purpose of disturbing public order’. They were also fined between 100-200 US dollars.

Samira Sabou, who is also president of the Association of Bloggers for Active Citizenship (ABCA in French), shared the conclusions of the GITOC report, along with the link, on her Facebook page in May 2021. Moussa Aksar, who is also editor of the daily L’Évènement, and president of the Norbert Zongo Center for investigative journalism in West Africa (CENOZO), had also published the findings in a news article he had written in the same month.

The Niger Office for Repression of Illicit Trafficking of Narcotic Drugs (OCRTIS) had refuted the findings of the GITOC report on 28 May 2021 – denials that were also published by the two journalists, according to their lawyer.