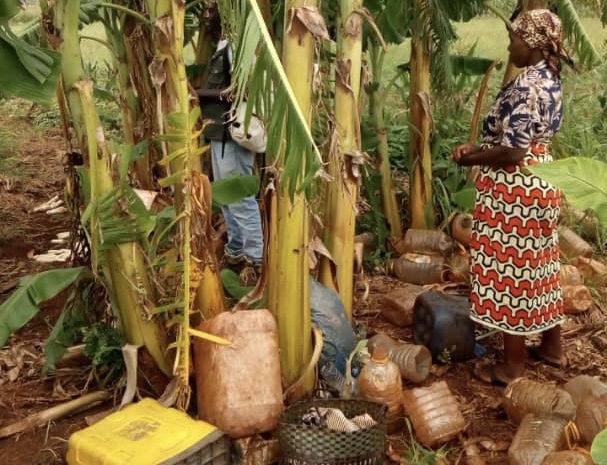 The Kingdom of Eswatini, once known as Swaziland, is a small country nestled between South Africa nd Mozambique. It has a population of 1.4 million people, two thirds of which live below the povrty line. It is the last absolute monarchy remaining in Africa, governed by the current King Mswati III. Since 2005, there is a constitution containing the basic rules relating to human rights and fundamental freedoms. But the country still has rules tied to traditions and social customs that often prevail over the rules of law.

In mid-March, the status of National Emergency was decreed and from 27 March a partial lockdown was initiated in the Kingdom of Eswatini. Offices have been closed and movement is restricted as a measure against the spread of the COVID-19.

The already heavy limitations on the freedom to protest (difficulty in obtaining permits for marches, demonstrations, etc.) have been completely suppressed without an alternative possibility for manifesting dissent or express concern about the government’s actions in media networks that are monopolistically in the hands of the king and the government.

Information on preventative health, medical and sanitary issues is initially communicated in a haphazard and delirious manner on social media, then made clearer through official messages broadcast by the United Nations, NGOs and medical associations. After which, with some delay, press releases and government measures were communicated and correctly represented the medical situation that to date counts nine confirmed cases, of which three still in hospital, three discharged, and three kept under control in home isolation. 398 people have recently entered the country from high-risk countries, of which 297 are being monitored. 112 samples have been taken and results are pending.

The country decided on the partial lockdown – closing schools and offices, restrictions on movement, keeping essential industries and services open (including liquor stores…) – but to date, what the government is not communicating is whether local health facilities have the capacity to respond to treatment for patients who need it. what need to be considered here is that the country has the highest rate of HIV in the world and elevated rates of TBC so the population is vulnerable and immunocompromised.

“For weeks, we have not been able to carry out tests in the country. The tests come from South Africa and require days to get results,” says Federica Masi South Africa Director for the Italian NGO COSPE.

The country is currently testing anyone who has travelled in the past weeks and it set in motion a coordinated response system but the concern with the capacity of health structures to treat positive case and any added complications still remains. There are only ten ICU beds in the entire country and only one hospital equipped to isolate patients. Furthermore, South Africa has closed most of its borders.

On 17 March, the nurses’ association held a protest declaring they would no longer treat or care for COVID-19 cases due to the complete lack of adequate sanitary protection (masks, gloves, rubbing alcohol, sanitizing solutions, etc.). On 16 March, those who arrived at the government hospital in the capital city were sent back home by the nurses without accessing treatment. The chaos persisted for two weeks and four government hospitals (Mankayane, Mkhuzeni, Raleigh Fitkin Memorial and Mbabane Government Hospital), stopped all activity.

They are asking the King and the government for healthcare facilities with adequate safety measures to prevent the virus from spreading to health workers and other patients, and that the staff be trained to be able to handle the emergency.

COSPE and other International NGOs in the country, have decided to use the projects already being carried out to give information on the virus and the sanitary standards needed, particularly in rural places where it is more difficult to receive information from traditional news and social media.