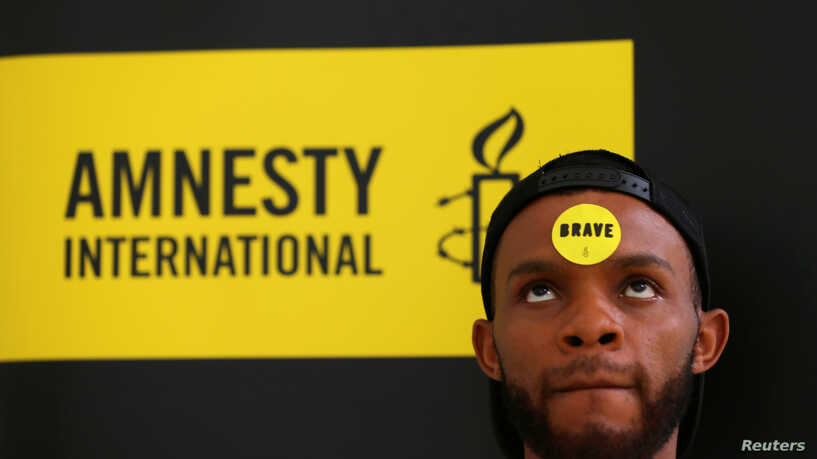 Throughout Sub-Saharan Africa, people defended their human rights by braving bullets and beatings, and conflicts and repressions forced upon them by their governments. Amnesty International published a review on the human rights situation in the region on 8 April.
The review highlights the courage and boldness of protesters asking for change and solutions from the governments who continued to violate human rights in the entire region.
In 2019, from Sudan to Zimbabwe, from the Democratic Republic of Congo to Guinea, thousands of people endured brutal repression to defend their rights.
In some cases, protests led to major changes: after the ousting of Sudanese President Omar al-Bashir, who led the country for many years, the new authorities promised reforms that would respect human rights; following the protests in Ethiopia, the government presented a comprehensive package of human rights reforms.
Civilians have always been the main target of conflicts and crises. In the Sudanese region of Darfur, government forces continued to commit war crimes and other serious human rights violations, including unlawful killings, sexual violence, systematic looting and forced displacement.
In the Democratic Republic of Congo, dozens of local and foreign armed groups, together with state security forces, continued to violate human rights that led to 2,000 civilian deaths and the forced displacement of at least one million people.
In Somalia, civilians continued to be attacked by al-Shabaab while government and international allied forces failed to take the proper precautionary measures in order to avoid civilian victims in their military operations against the armed group.
Armed groups also led targeted attacks on civilians in Cameroon, the Central African Republic, Mozambique and Burkina Faso, while in Mali, security deteriorated significantly resulting in widespread civilian deaths by armed groups and self-proclaimed ‘self-defence groups.’ In response, Malian security forces committed extrajudicial executions and torture.

Throughout Sub-Saharan Africa, human rights defenders were persecuted and attacked for opposing the governments. Burundi, Guinea, Equatorial Guinea, Malawi, Mozambique, Swaziland, Zambia, and Zimbabwe unleashed crackdowns on protests.
In 17 countries in the region, freedom of expression was gagged and many journalists were arrested, some of which were arbitrarily arrested and detained. A case in point is Nigeria where, in 2019, 19 cases of assault, arbitrary arrests and detained on journalists were reported, many of them facing trumped-up charges.
Continued human rights violations forced hundreds of thousands of people in the region to abandon their homes in search of protection. Internal displacements reached 600,000 in the Central African Republic, over 222,000 in Chad and over half a million in Burkina Faso.
In South Africa, heinous and systematic xenophobic violence continued against refugees, asylum seekers and migrants. In part due to years of impunity for past attacks and in part due to a failing asylum management system. Twelve people, including South Africans and foreigners, died following the violence that exploded in August and September.

Despite this gloomy picture, important human rights victories were also reported. In addition to the abovementioned positive developments in Sudan and Ethiopia, authorities announced the release of 700 prisoners in the Democratic Republic of Congo including many prisoners of conscience. In Mauritania, blogger and prisoner of conscience Mohamed Mkhaïtir was released after five years of arbitrary detention. Finally, the US Military Africa Command (AFRICOM) admitted for the first time to having killed civilians during their airstrikes against al-Shabaab, opening a door for reparation for the victims.