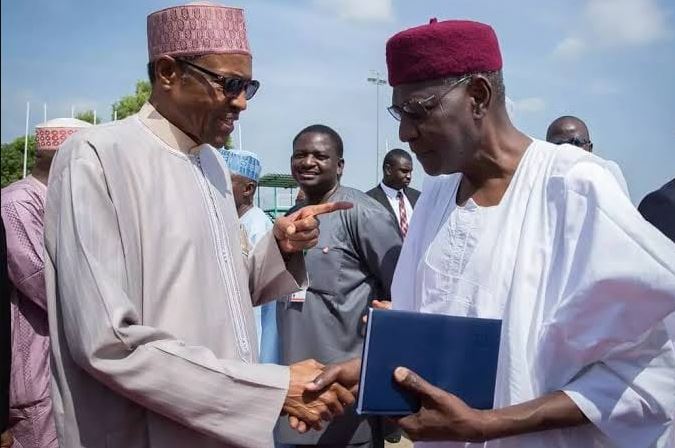 In Africa, one of the poorest areas in the world, the pandemic is spreading exponentially. And it’s still in its initial phase. There are over one thousand reported deaths from COVID-19 including a prominent figure, Mallam Abba Kyari, Chief of Staff to Nigerian President Muhammadu Buhari.

One of the most influential men in the country, Kyari, who was in his 70s and suffered from other medical complications, including diabetes, was the top aide to the 77th president of Nigeria. Buhari also has health issues, that have never been revealed, and in 2017 he spent five months in London for treatment. He is also at risk if he contracts the virus.

Kyari is the most prominent victim in the west African country that has reported about 600 confirmed cases and 20 deaths. He was in Germany at the beginning of March for a meeting with the directors of the electromagnetic giant Siemens, and when he returned to Nigeria he participated at various meetings with government officials.

Yesterday, the Nigerian Centre for Disease Control (NCDC) confirmed that 86 new Coronavirus cases were confirmed in a 24-hour period, the highest daily number to date. Officials confirm that they have scaled up testing, therefore they are expecting an exponential increase in the numbers. Nigeria, the most densely populated country in Africa, has recorded 627 confirmed coronavirus cases and 21 deaths due to COVID-19. Restrictive measures have been implemented in the capital city Abuja and in the states of Lagos, Ogun and Kano.

There are over 23 thousand confirmed cases across Africa in 52 out of 54 countries. The World Health Organization (WHO) has expressed its concern in the acceleration of infection locally. Africa could be the next hotspot of the pandemic. There have been over 50% more confirmed cases in the past week, while the number of deaths has increased to 60%. These numbers are very alarming.

In a continent in which serious diseases are already present, like malaria, AIDS and tuberculosis, it is often difficult to distinguish the coronavirus. Another element that makes diagnosis of cases difficult is the average age of the population. In Sub-Saharan Africa, in particular, over 60% of the population is under 25, therefore possible asymptomatic carriers of the virus.