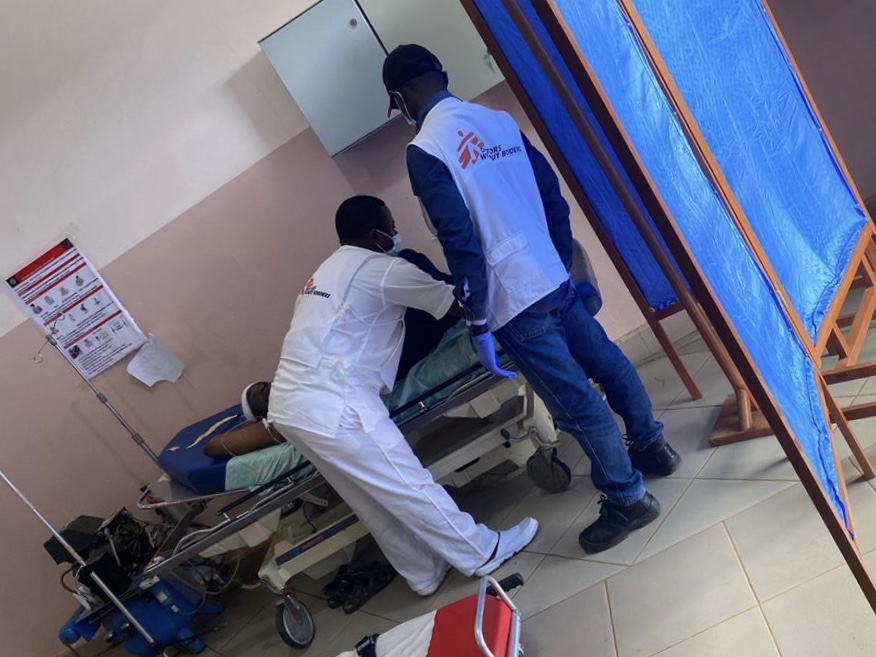 MSF (Doctors Without Borders) responded immediately to the shooting at the school in Kumba, in southwest Cameroon, with treatment and assistance to the victims.
Following the attack, MSF launched a casualty plan with ambulance services and surgical care in the Presbyterian General Hospital (PGH), Kumba

MSF doctors received and treated about 10 patients between the ages of 10 and 15. Of these, five were referred to other hospitals for specialized treatment and four continue to receive treatment at PGH. Unfortunately, nothing could be done for one of the wounded and he was pronounced dead on arrival.

The number of casualties, at the moment, is eight.

“As a medical humanitarian organisation we lament the tragic loss of life in the Kumba community. This attack, which saw children gunned down while attending school, was a reprehensible and indecent act. Civilian structures including schools and hospitals must not be targets.” said Alberto Jodra Marcos, Emergency Coordinator for Doctors Without Borders in southwest Cameroon.