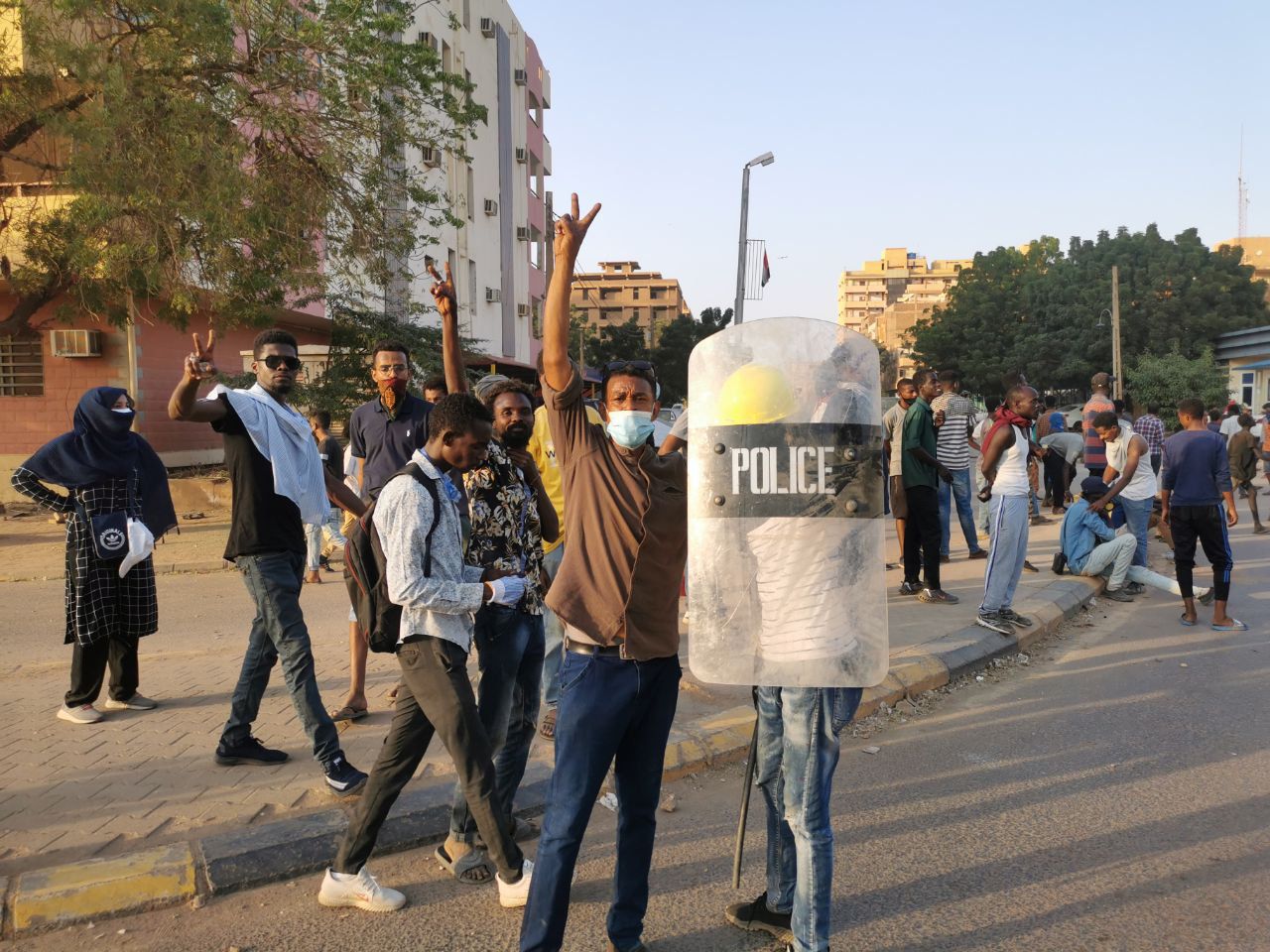 Another day of protest in Khartoum, still repression and blood in the streets of Sudanese capital. The demonstrations  took place in the capital’s twin city of Omdurman as well as the eastern city of Port Sudan.

For the first time among the victims there is a member of security forces.
Hamad was the first officer to die in protests demanding a civilian rule that erupted late in October.
The protests escalated when police fired gunshots at demonstrators retreating from the protest route in a nearby neighborhood later in the afternoon
At least 63 people have been killed during the security crackdown on the anti-coup protests that erupted over two months ago, medics said, noting that many of them were shot dead by security forces.

Sudan’s military chief and de facto leader Abdel Fattah al-Burhan staged a coup on October 25 and dissolved the country’s fragile government, putting then Prime Minister Abdalla Hamdok under house arrest and detaining other civilian leaders. The coup infuriated the Sudanese and sparked international outcry, including from the UN Security Council.

Hamdok was later released and on November 21 he signed a power-sharing deal with the Burhan-led junta, according to which the former would continue his career as premier and a 2019 constitutional declaration would be the basis for a political transition. According to the deal, July 2023 was set as the date for Sudan’s first free elections since 1986.

Protest rallies against the coup have continued even after the reinstatement of Hamdok, with demonstrators demanding no military involvement at all in governance. They say the deal has simply given a cloak of legitimacy to the generals, who they accuse of trying to form an autocratic regime like the one led by then President Omar al-Bashir, who was ultimately ousted through a military coup in April 2019, after ruling the country for three decades.

Earlier this month, Hamdok resigned, leaving the military fully in charge. He said Sudan was at a “dangerous crossroads threatening its very survival.” His resignation deepened uncertainty around the African country’s political future.

Thursday’s protests come as the UN special representative in Sudan, Volker Perthes, vowed on Monday to facilitate “indirect talks” between rival factions, a bid that got tepid support.

Perthes also announced that he was launching “consultations” with political and social actors as well as armed and civil society groups.

“We don’t accept this initiative at all,” Awad Saleh, a 62-year-old protester, said, adding “It’s not clear what points it constitutes and so for us it is deficient.”

The Sudanese Professionals Association, an independent trade union confederation and one of the major organizers of the protests, said it completely rejects the UN initiative.

Meanwhile, the country’s new ruling Sovereign Council, which is formed and headed by Burhan, has welcomed the UN bid.