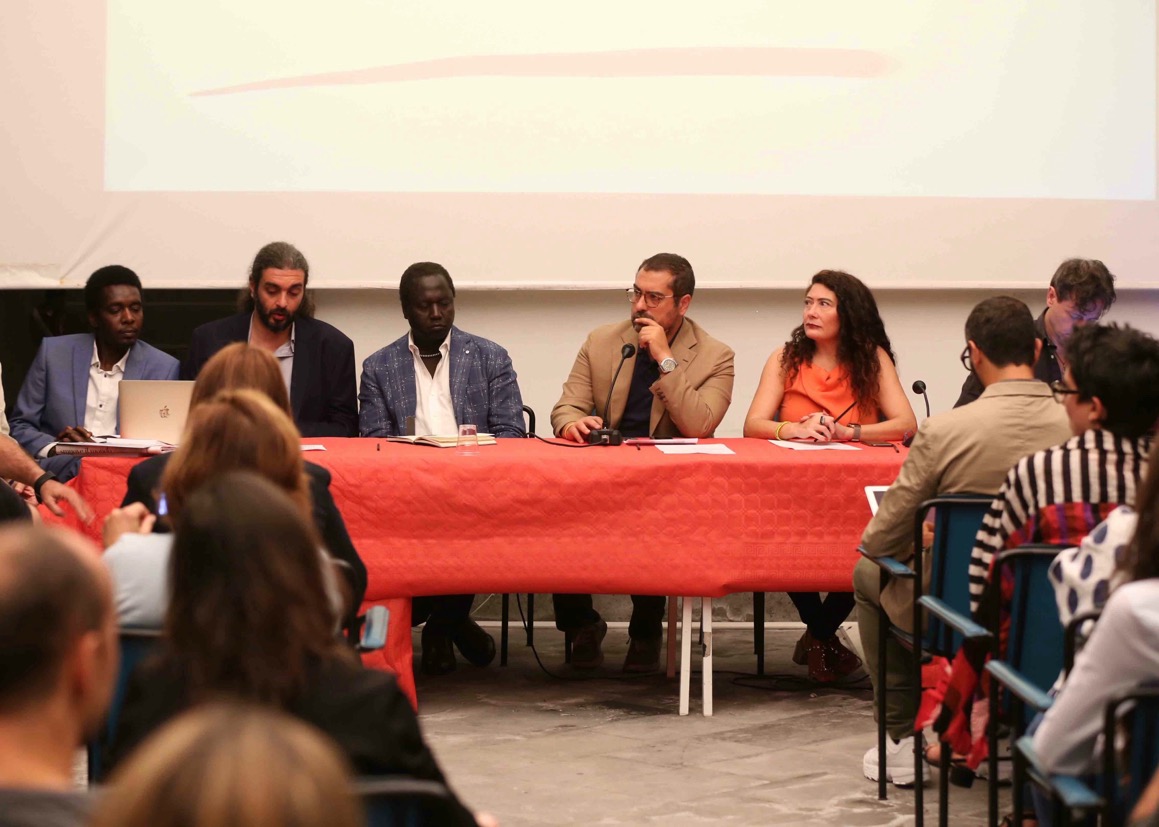 “Sudan: Children in the Trenches”, was one of the topics presented on the first day of Imbavagliati (Gagged) – International Festival of Civic Journalism that featured journalists Abdelaziz Yakub (Sudan) and Jok Madut Jok (South Sudan).

“In the past five years,” said Yakub, “there has been a veritable militarization operation of children. About 80% of active soldiers in Sudan today are between 14 and 18 years old and they don’t only fight in Sudan, but on other battlefields across Africa and the Middle East.”

Among the key-note speakers was Enzo Nucci, Sub-Saharan Africa correspondent for the RAI, who  pointed out that there are currently over 19,000 child soldiers in South Sudan in a population of 13 million.

“Even though a peace agreement was signed,” he stated, “forced recruitment is still on the rise.”

“South Sudan is on the verge of collapse,” echoed Father Daniele Moschetti, a Comboni missionary in South Sudan. “Most of the population is under 25 years old, there are two million refugees outside Sudan, and four million live in critical conditions.”

Journalist and writer Antonella Napoli, Editor-in-Chief of Focus on Africa, focussed her talk on the relatively unknown issue of girl-soldiers.

“Girls in Sudan are turned into war machines,” she explained. “They are turned into spies and forced to kill, in addition to being raped. Fortunately, there are demilitarization programs run by UNICEF underway that have helped over 16,000 children return to a normal life. But there are still 300,000 children worldwide who are recruited for wars. Today, it is more necessary than ever for governments to take a stand.”
“Crime continues to pay, but at the expense of  the children who are exploited and denied a future. We have to fight to reverse this trend and assure that my son Gigi’s sacrifice, killed at a young age by the Camorra, was not made in vain,” said Maria Rosaria Evangelista, the mother of Luigi Sequino who was killed together with Paolo Castaldi on 10 August 2000. She spoke at the “Innocent Wars in Campania and Sudan” section that ended the first day of the Imbavagliati – International Festival of Civic Journalism held at the PAN in Naples.

The conference, sponsored by the Fondazione Polis for the innocent victims of organised crime and confiscated property, is dedicated to the slaughter of the innocent and violated childhood. The initiative is aimed at gathering ideas to prepare a legislative proposal dedicated to improving childhood and to promote reading centres for children between 0 and 6 years old.

“What we are proposing today,” said Don Tonino Palmese, episcopal vicar of the charity and justice sector at the diocese in Naples, “has already been created in part by numerous institutions working in the area, such as in San Giovanni a Teduccio, Forcella, and other neighbourhoods in the city. We are not seeking Utopia, so we can actually do something. To accomplish this, we need three basic ingredients: learn a trade, have an idea and follow it through, and love others. And today, we have all three ingredients.”