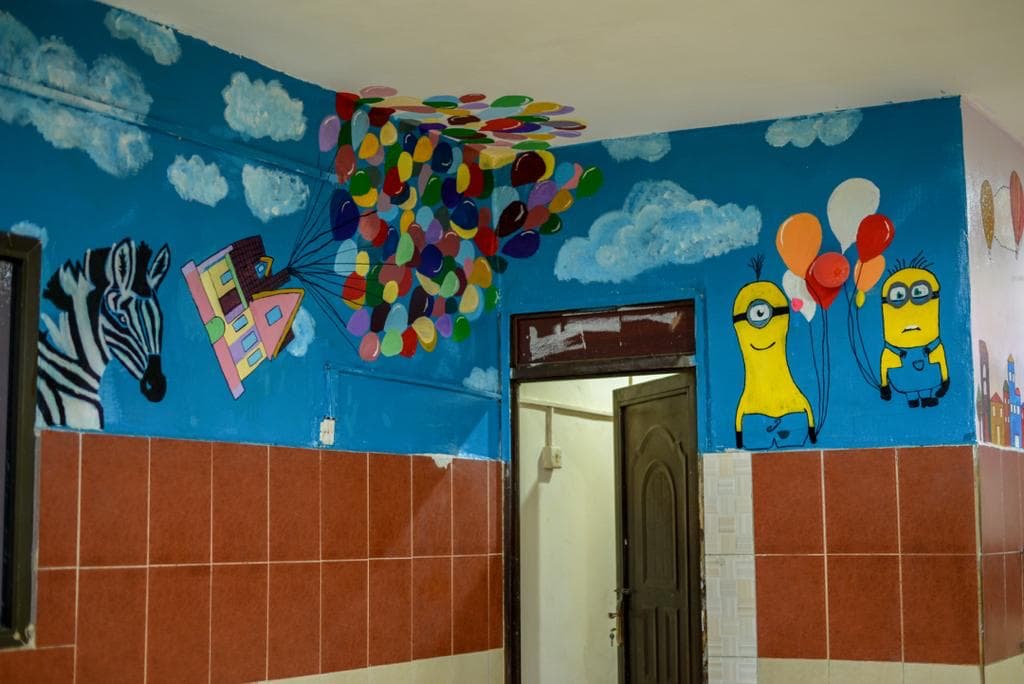 Youths leading a campaign to improve orphanages in Sudan: that’s why Fill a Heart (FaH) was established. Mohammed Mustafa Abubaker, founder of the initiative, drew his attention to Sudanese orphans, a very weak link eclipsed by the violent revolts that gripped the capital city and other parts of the country a year ago. Enrolled in the Faculty of Medicine at the University of Khartoum,  at the age of 24 he is restructuring the orphanages in his country with the active participation of small donors.

A famous American song describes New York as, “a concrete jungle where dreams are made”. Today, we can say the same of Khartoum. A year after the bloody massacre of June 3, where Burhan’s militia (as well as paramilitary forces like the Rapid Support Forces and the secret services) suppressed the non-violent sit-ins of civilians outside military command headquarters with tear gas and guns, today, the city is the center of various social initiatives aimed at contributing to the reconstruction of democracy in the country. This is the climate in which Fill a Heart was born.

“Children don’t know what maternal or paternal love is. And they often have a past of abuse and violence. The name of the campaign is motivated by the fact that tutors and educators are strangers trying to give them an opportunity to have a happy and peaceful childhood. These feelings are foreign to them,”  Mohammed says as he tells us about his project.

Their first target was the Mygoma Orphanage located near the capital city. It is an orphanage that can house 600 children, but the structure was rundown and unsuitable for the growth of the young guests. Fill a Heart did not get a foothold on running it until the revolution, that represented a reversal of the constituted power, forced out the former managers who profited from it thanks to the corrupt system that had been established in previous years.

“We started with this structure because I was already familiar with it. I was a volunteer. But we were not permitted to work directly with the children. Our contribution was confined almost exclusively to funding. The money was nevertheless stolen by the workers, and every time we tried to get close to administration, we got into deep trouble. It was completely sealed off to ordinary people. They were a sect.”

The Mygoma orphanage was built in 1961 to house abandoned children born of forced relationships or outside matrimony and were found on the streets of the capital city, in abandoned homes and in garbage bins. Dogs all around them.

The revolution encouraged Mohammed to undertake the process of regeneration within a seriously difficult situation due to the number of orphans that grew exponentially after the deaths perpetuated at the expense of the population during the riots. Even Mygoma, despite its capacity, had to turn down the ever-demanding requests for asylum.
Inside the structure, the situation M. and his group (at first just a few university colleagues and later many more and very young) inherited was not easy to manage. The child mortality rate was 33 children per month (data from September 2019). This number, according to the founder himself, is due to the lack of basic services.

“The children die from a simple fever or from malaria. This can be prevented very easily with mosquito nets,” says Mohammad. “Inside the orphanage, we provide better lighting, ventilation, and air conditioning. We provide them with a safer place to live. We are creating a study space and building a playground. Right now, they can only read while sitting on the floor, and using natural light. We want this place to become a home that allows them to grow both physically and psychologically.”

However, the most innovative aspect of FaH policies is the mandatory active involvement of local donors.

“Let’s say a person is interested in making a financial contribution: they would donate however much they wanted and then forget about it, right? With the system we adopted, this isn’t possible. Our action is based on everyone’s contribution. Therefore, they are asked to collaborate hands-on in one of the activities underway; be it cleaning up, decorating and painting the walls, or installing an electrical system. This way, not only do you follow the work being done up close and know where your money has gone, we also nurture participation and awareness on the commitment this project represents on behalf of public opinion.”

One way of cutting costs is to make the most of what money is available. A brave approach aimed at feeding the collective consciousness about the problem that has slowly led to the first results: the reconstruction of two ceilings that had caved in (a tragedy that took the lives of 60 children), three bathrooms, six bedrooms and the purchase of six changing tables.

There’s still a lot of road to cover and getting funds is not easy. In this regard, Mohammed says, “Convincing donors was a very difficult step because of the renowned corruption in our country. But we are by-passing the problem by giving them regular reports and their direct involvement.”

To date, the major sponsors of the initiative are private citizens from all over the world through the GoFundMe accounts activated by the organization to receive funds. Next are SND-UK and SDN-USA and the SudanSafe campaign. Thanks to the increasing contacts, the organization has recruited representatives in the USA and Germany (where funds from the European Union are managed).

There are also many sponsorship events to raise money for the campaign that are organized both in and out of Sudan. It seems that even the WHO has raised its attention on FaH when they sent two inspectors to visit the structure in September.

That said, the COVID-19 emergency took its toll on the newly established Fill a Heart campaign and work was interrupted for security measures. Part of the funds were used to produce small packages containing basic necessities and sanitizing agents to give to families that cannot afford to stay home. The fear in Sudan is that, because of the need to travel great distances every day to ensure enough income, it is difficult to contain infections. Therefore, over 500 families were reached by the solidarity of the creators of the initiative.

The campaign reference page is on Instagram and it’s called, @fillaheart_fah. In the bio and in and in stories, you can find the GoFundMe account to make a donation.

One last thing, child mortality has dropped to 3 children a month.