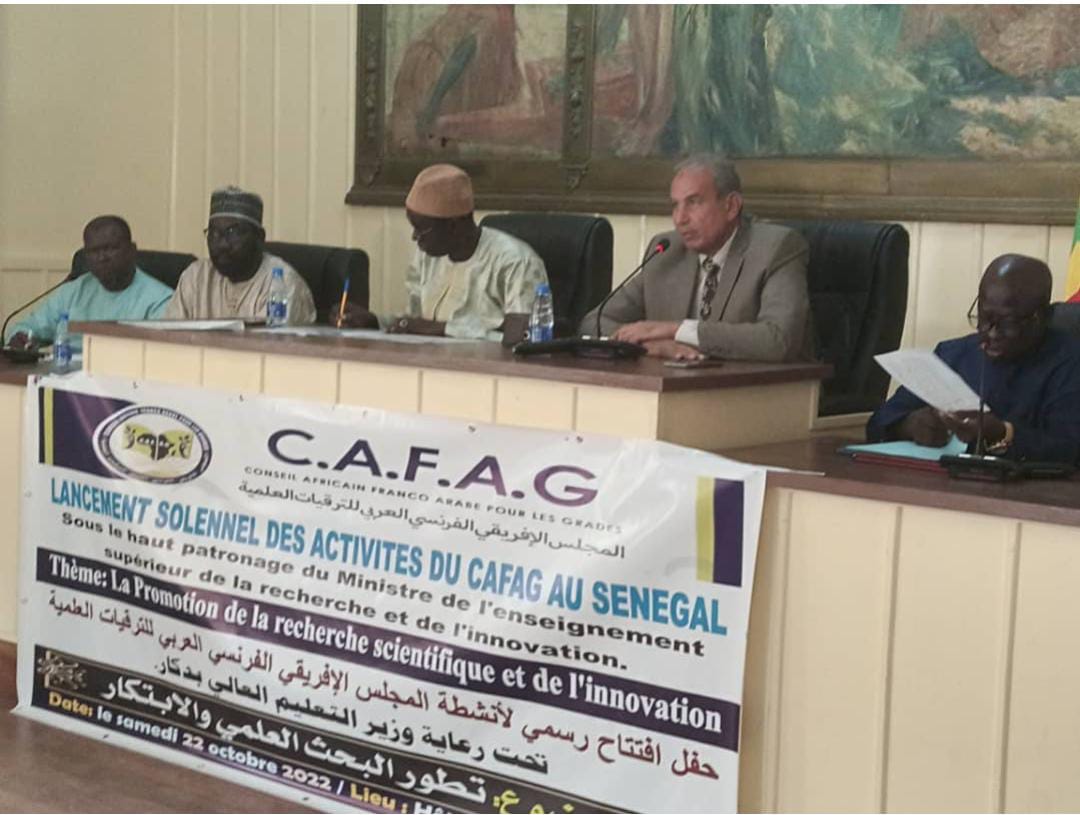 The opening of the activities of the African-French-Arab Council for Scientific Promotion “CAFAC” in the municipality of Dakar, Senegal,was held on October 22,2022 in the presence of high-level scientific, academic and religious figures

Among them were:
Mr. Inspector Othman Bah, Head of the Arabic Language Department at the Ministry of Education in Senegal, Mr. Fadel Guy, President of the Senegalese Arabic Literature Club
Professor Atef Zagloul, Head of the Al-Azhar Mission in Senegal,
Dr. Mustafa Goum, Head of the Friends of the Arabic Language Inspectors in Senegal, Dr. Sidna Ali Goub, a lecturer at the College of Education and Educational Technology at the University of Dakar, Sheikh You Gob,
And other prominent scientific and religious figures
In this academic and scientific ceremony headed by Prof. Dr. Mohamed El-Mokhtar Jiyi, President of the African Franco-Arab Council for Scientific Promotions Kavag, Senegal branch, a large number of elite Senegalese doctors and researchers were promoted to the rank of assistant professor and associate professor, and professor at the first rank.