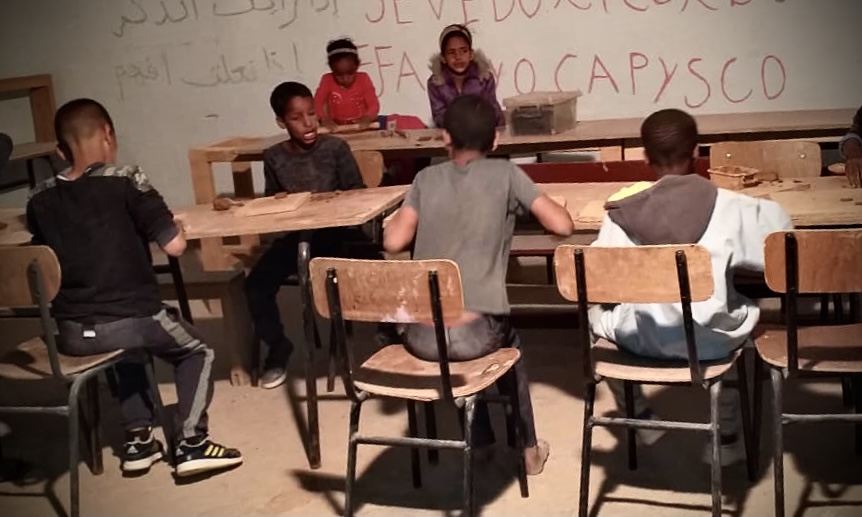 “The aspiration is that or work has an internationalist breath in order to give substance to the Saharawi claims for self-determination in European foreign policy.” Said Ivan Lisanti, confirmed president of the “Rete Saharawi – Italian Solidarity with the Saharawi people – ODV” at the end conclusion of the assembly held on Sunday 24 January which led to the renewal of the executive directors of the non-profit organization established one year ago. Twenty-nine associations from all over Italy adhere to the Saharawi Network, representing a part of a larger movement that for years has been working to support the Saharawi people with educational projects, health assistance and international cooperation. A number that has increased this past year notwithstanding the pandemic.

“This fact that this happened is important, overcoming the problems we have faced. That is, the COVID-19 emergency, isolation and the war that in the meantime broke out with the Kingdom of Morocco,” added Fatima Mahfud, representative in Italy of the Polisario Front. “This is a sign of responsibility on the part of many associations that have reached the idea that by uniting, it is possible to carry out and improve projects to benefit the more vulnerable.”

The assembly reaffirmed solidarity with the Saharawi people who are fighting for their right to self-determination and in particular with the Saharawi political prisoners detained in Moroccan prisons, including Mohamed Lamin Haddi and Mohamed Bourial who in protest against prison conditions are on a hunger strike. “Our thoughts go out to them,” said Francesca Romana Doria, reconfirmed as Vice president of the Network. “And with them to all the other Saharawi political prisoners whose stories we are collecting so that they will not be forgotten.”

The new projects commencing in 2021 include: celiac disease (widely spread in the camps) and disabilities; distance learning for youths and management training courses. All this after 365 days in which the Saharawi Network, due to the Coronavirus emergency, converted receiving Saharawi children in Italy into fund raising so that educational and health programs would continue to be carried out in refugee camps in the Algerian desert during the summer. This was in addition to the existing projects programmed in the Liberated Territories, the sports activities in refugee camp and the activities in collaboration with NGOs which has led to a movement that has decided to characterize itself as political. In addition, campaigns to raise awareness of the Saharawi cause were also developed including “A Voice for the Sahara” that gathers testimonies from artists and athletes on social media about a population exiled from its land in Western Sahara for over 40 years.