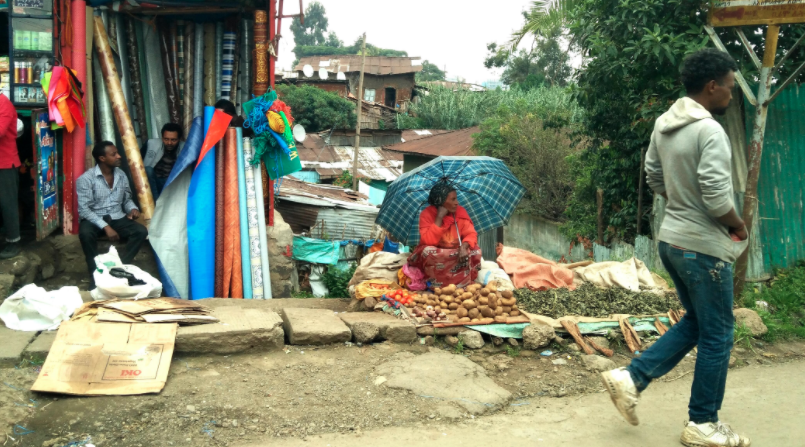 In recent weeks, Ethiopia has seen a rapid increase in infections. Luigi Bottura, Project Manager of Amref Italia Projects in Ethiopia, tells how the country is facing the fight against COVID-19.

What is the health situation in Ethiopia at the moment?

At present, there are 1,486 confirmed cases in Ethiopia. Only yesterday, there were 1,172 confirmed cases, 6 days ago there were 831, and the first cases were reported at the end of March. It is clear that there has been a very rapid increase in infections in the last period – from 23 May to today – and that the curve has undergone a remarkable growth.

What is this increase in infections attributable to?

There is no clear evidence on why, except perhaps for the number of people undergoing diagnostic tests. In late March, Prime Minister Abiy Ahmed announced that all those arriving in Ethiopia from countries most affected by the pandemic would be quarantined for 14 days and tested. Until a few weeks ago, this legislation was in force in the country, and the test was performed only on people who had had certain contacts with positive cases, or on people who had just returned from abroad. For example, from Djibouti, which has frequent exchanges with Ethiopia and which currently has a large number of cases. To date, the number of diagnostic tests performed daily has increased significantly, as has temperature screening in public places. The exponential increase in the number of cases could be attributable to this. In addition, the rainy season has just started, which generally lasts from mid-May until September. There are no reliable sources on the influence of the climate on the spread of the virus, but rain and the lowering of the average temperature could have contributed to the increase in cases.

How are communities reacting? What are the most common states of mind right now?

The population is very scared.  Access to information regarding health conditions and the spread of the virus in the rest of the world contributes to this state, especially in Italy and America, which are the main western reference points of Ethiopia. Awareness has fueled fear, but it has also helped the population to develop a knowledge of the virus allowing the country to respond correctly to the pandemic. Furthermore, the Ethiopian population – due to past political experience and through spontaneous diligence – doesn’t generally “rebel” and has reacted very rigorously to the government’s appeals.

What are the restrictions implemented by the government in Ethiopia to respond to Coronavirus?

The Ethiopian government has taken many security measures to prevent the spread of the virus. The federal authorities have approved the adoption of the 5-month state of emergency, which is expected to last until September. Since the beginning of the emergency, the government has banned public demonstrations and events, gatherings of more than four people, encouraged agile working from home, and funded television, radio, etc. programs aimed at raising awareness among communities to respect hygienic and social compliance. Among the various restrictions applied previously, other measures recently entered into force were: the obligation to wear a mask in public, occupying a maximum of 50% of the seats in public and private transport, and 25% of the seats on the Ethiopia-Djibouti railway line.

What are the economic consequences of COVID-19 in Ethiopia?

While necessary, the restrictive measures imposed by the government have harmed many people economically. About 60% of the Ethiopian population lives hand-to-mouth. This means that over 65 million people within the country must make ends meet by earning day-to-day. Unfortunately, I see this process developing very quickly, causing a dramatic chain reaction. Many people lost their jobs or had to close their businesses. Some of these people, who are now facing economic hardships themselves, previously provided jobs for other members of the community, and so on. This chain reaction causes 65 million inhabitants to have to deal with serious financial difficulties.

Parliamentary elections have been postponed. What was the reaction?

The population understands the situation perfectly well: they realize the danger of the turnout at the polling stations, and also the unpredictability of the spread of the virus. The decision to postpone the elections – which will probably be held in December – has been accepted and understood peacefully. Furthermore, in May of last year, the country faced many security-related issues, and the population is willing to accept what is necessary to prevent similar situations from happening again.

What is Amref doing in Ethiopia?

Amref Health Africa has recently joined the national Task Force against the COVID-19 emergency, being one of the main interlocutors of the Ethiopian government in the health field. Amref has held virtual meetings that address knowledge of the problem that began even before the appearance of the first cases in Ethiopia, and it is currently carrying out many awareness-raising activities aimed at sensitizing, informing and properly training Community Health Workers (CHW) to deal with the pandemic in the country. To increase training of health workers, a few weeks ago the Ministry of Health of Ethiopia announced their collaboration with Amref and the implementation of Amref’s Leap’ mHealth platform in the country. It is a training platform via mobile phone, supported by the Ethiopian government, to improve surveillance, early diagnosis, and to monitor the spread of the disease and the treatment of positive cases. In addition, Amref uses posters, flyers, representative images and “gadgets” to circulate key messages within the communities.

Are you worried about the future of Ethiopia?

Despite the irrefutable health emergency and the worrying consequences of COVID-19, this pandemic is not the only urgency in Ethiopia. Ethiopia is a particularly exposed country and recently it has faced many challenges. One of the most serious occurred earlier this year: The Horn of Africa suffered the largest invasion of locusts in the past 70 years. These animals devoured hectares of crops and vegetation in many countries, including Ethiopia, Kenya, Uganda, Somalia and Tanzania. Cholera followed that, then COVID-19 and now, in the Congo, a new outbreak of Ebola has been identified. Ethiopia, like much of the African continent, struggles for survival every day against hostile nature and exposure to disease. It is an unequal battle that Ethiopia does not deserve and the world cannot accept.