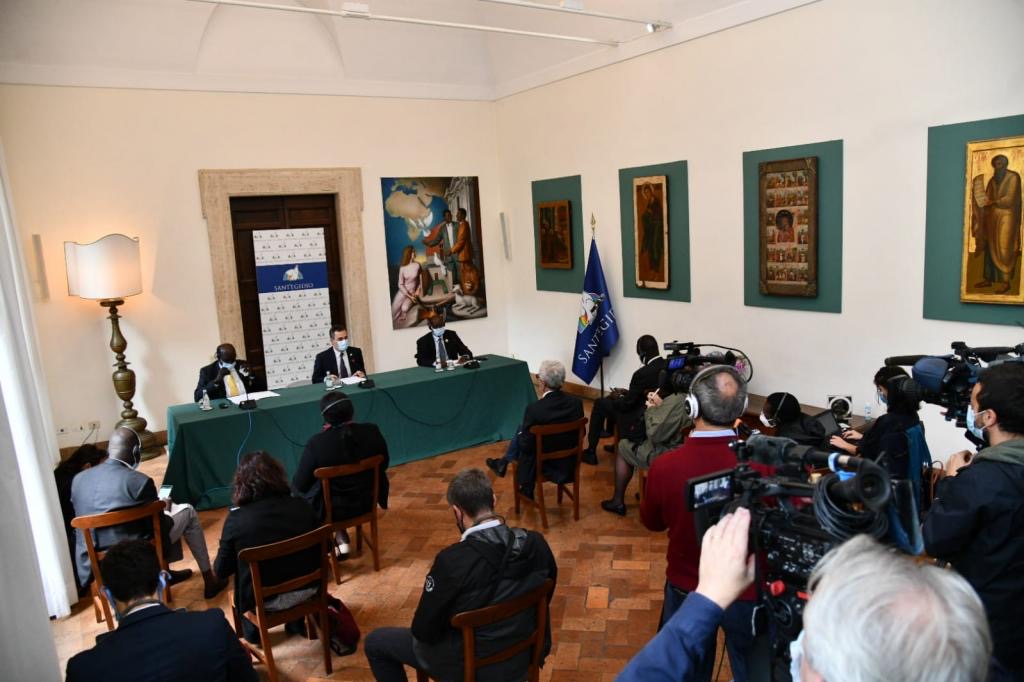 The third round of talks on the South Sudan Peace Process, mediated by the Sant’Egidio Community, acme to a close today as a new ceasefire agreement was signed and a declaration of political principles is foreseen for the next meetings of the long negotiations between the National Government in Juba and the South Sudan opposition movement (SSOMA), coalition of forces.

This is the last leg of the long walk towards peace that began over three years ago.

On 9 July, 2011, following a referendum that passed with 98,83%, South Sudan gained independence from North Sudan and also became a member state of the United Nations, the African Union and Intergovernmental Authority on Drought and Development (IGAD). South Sudan, the youngest country in the world, is also one of the most fragmented countries in central Africa and is made up of over 60 ethnic groups of different local religions. In December 2013, an ethnic conflict broke out between military factions who supported to president Salva Kiir Mayardit, from the Dinka ethic group, and soldiers tied to former Vice President Riek Machar, of the Nuer ethnic group, who was accused of planning a coup d’ètat.

The two leaders who were battling to lead the new Independent State, were already in disaccord during the War of Independence from North Sudan as to who would lead the government and the Sudan People’s Liberation Movement (SPLM).

On 5 August 2018, Kiir and Machar signed a ceasefire and power sharing agreement. However, on 28 August, Machar and the leaders of other rebel groups refused to sign the last part of the agreement asserting that disputes over the division of power and adoption of the new Constitution was not handled effectively.

On 12 September 2018, after 15 months of negotiations in Ethiopia, Sudan, Uganda and Kenya, Kiir and Machar signed the Addis Ababa Peace Agreement but it was never put into effect. Violence and human rights violations continued. The agreement in question reinstated Machar as Vice President but it did not resolve the deep-seated causes of the conflicts in South Sudan starting with the “power-sharing” deal that encourages the sides to negotiate positions and percentages of power rather than work together for the good of the country. Furthermore, some of the other signees of the agreement confirm that they had not been consulted so they don’t feel bound to respect it while other groups did not agree at all.

On 12 January, 2020, at the Comunita’ di Sant’Egidio, the Rome Declaration was signed and opposition groups that had been left out of the Addis Ababa Agreement in 2018 also adhered to it. It marked the first time all the political parties in the country met. A ceasefire agreement was also signed and all opposition without exclusion was part of ceasefire monitoring in South Sudan. The agreement signed at Sant’Egidio ended the ethnic and political conflict that may have caused up to 400 thousand victims – many sources say 50 thousand deaths – and between two and four million refugees. Of the 12 million remaining inhabitants, over half survive thanks to international aid.

On 15 February, 2020, following the Rome Declaration, the first round of negotiations began at Sant’Egidio. Approximately 50 delegates representing all the political opposition forces (SSOMA, SPLM/IO, NDM, OPP, FDS) of the South Sudanese government participated as well as some international observers including IGAD, the United Nations and the European Union.

The meeting marked the entrance of SSOMA – the coalition that unites all the opposition movements that did not adhere to the Addis Ababa peace deal in September 2018 – into ceasefire monitoring.

On 21 February, 2020, a delegation from Sant’Egidio went to South Sudan for the signing of the Juba Political Agreement, the result of the agreement between President Kiir and opposition leader Machar, that opens the door to the much-awaited formation of a new government of national unity.

The agreement, the result of long process of mediation between the parties, is based on three cornerstones: the commitment to end hostilities; the commitment to discuss and evaluate – together with Sant’Egidio – the mechanisms for resolving differences; the guarantee for humanitarian organizations to be able to operate in the country in support of the civilian population. The Declaration was signed by members of the delegation of the central government of South Sudan, by representatives of the South Sudanese opposition movements who did not join the revitalized peace agreement of 2018 in Addis Ababa (SSOMA) and by those of the opposition signatories of the agreement.

Between March and August 2020, many ceasefire violations and new conflicts were registered, particularly in the historical province of Equatoria. Years of rivalry and tension between communities were further complicated by the COVID-19 pandemic, that made delivery of international humanitarian aid near impossible, and devastating floods in the Great upper Nile for the second consecutive year, exacerbating food insecurity of at least 1 million people.

From 9-12 October, 2020, in Rome, with the mediation of the Sant’Egidio Community, peace talks were held that led to signing a new ceasefire and issue the Declaration of Principles to guide future negotiations on some points about the crisis. From November 9 to 12, meetings between South Sudanese military leaders who monitor the ceasefire will be held. The political negotiations will resume on 30 November, pandemic permitting.