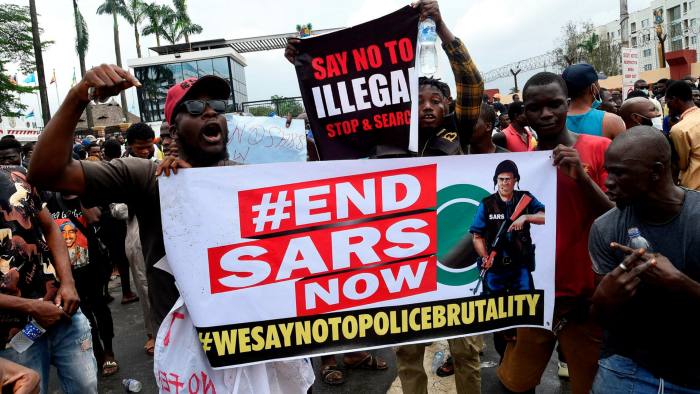 In my last post on this website, I had written about the umpteenth announcement to dissolve the notorious Special Anti-Robbery Squad In Nigeria, whose acronym, SARS, suggests a pandemic especially when considering the impact their violence has had on the population.

The reports published by Amnesty International for the past six years show the genuine need to dissolve SARS rapidly. Further proof is latest data collected by the human rights organization in the past week.

Since 8 October, thousands of people in 21 cities have taken to the streets to protest against police violence, killings and corruption. The results: at least 10 deaths and hundreds injured.

On 11 October, following this umpteenth massacre, the Inspector General of the Police disbanded SARS and ordered the redeployment of its officers to other units.

Despite the announcement, protests continued asking for the release of protesters that were arrested, compensation for the victims and their families and prosecution of the officers believed to be responsible for the dead and wounded.