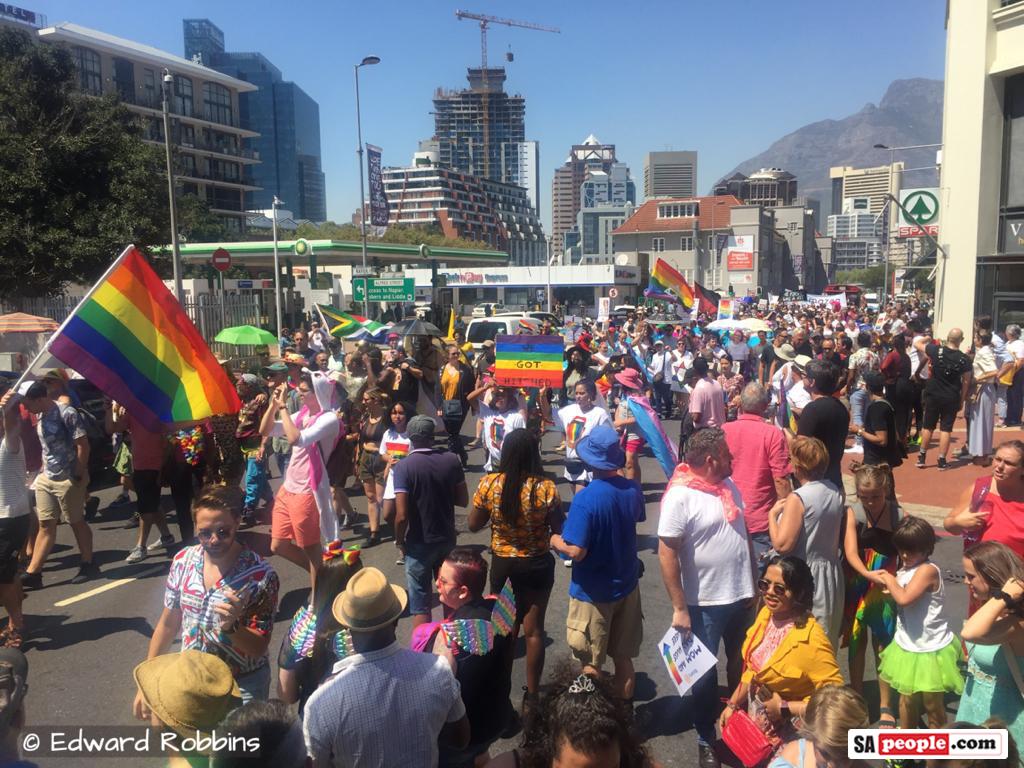 Tens of thousands of people participated at the Pride festivities today. The parade began at 12:00 local time from Chiappinni Street, made its way through the Fan Walk, and ended at Green Point Urban Park. At 3:30 pm.
On the eve of the event, the façade of the Provincial Parliament building was lit up with the colors of the rainbow for the first time in history.

At the end of the parade, various speeches took place at Green Point Urban Park. John Steenhuisen, interim Federal Leader of the Democratic Alliance (DA) spoke and called on Matamela Cyril Ramaphosa, President of South Africa who was nominated President of the African Union on 10 February, to commit to defending the rights of the LGBT community throughout Africa.

Even though he acknowledged that many strides had been accomplished in the fight against discrimination, he recalled how in many African countries, people are still persecuted and prosecuted because of their sexual preferences and gender identity.

“Countries like Nigeria, Tanzania, Sudan, Malawi and Kenya have extremely repressive laws when it comes to same-sex relationships. In places like Uganda, Mauritania and Somalia this is even punishable by death.”

John Steenhuisen then pointed his finger at David Mabuza, Deputy President of South Africa, who publicly invited people to “be decent enough to keep our mouth shut” when it comes to the inhumane treatment of the LGBTQI communities elsewhere in Africa.

Then his final appeal to Ramaphosa, “Mr President: Show the world that you do not share your Deputy President’s backwards views on looking the other way when it comes to human rights abuses. Make it clear that an attack on a member of the LGBTQI community in Kampala or Dar es Salaam or Mogadishu is as unacceptable as an attack here at home.

Cameroon: Arbitrarily detained man dies of cholera in Douala, other detainees at risk

Rwanda: why I am convinced that Kagame is a cruel dictator