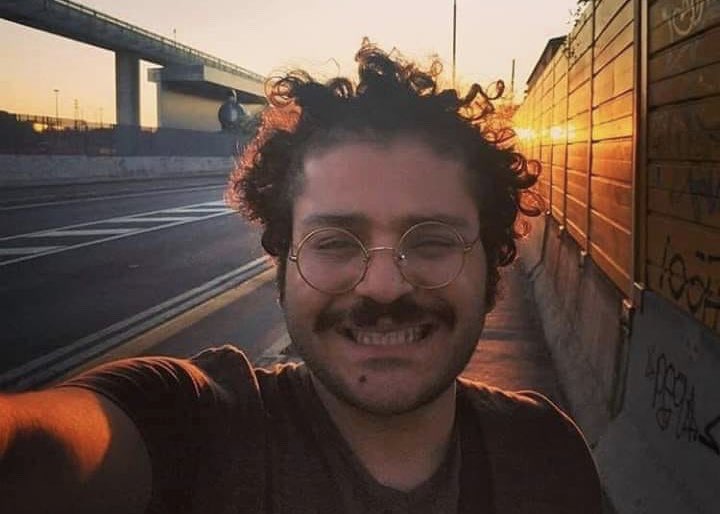 On February 7, entering Egypt from Italy, Patrick was arrested at the Cairo International Airport where he was blindfolded and handcuffed during a 17-hour long interrogation on charges of inciting to protest, seeking to overthrow the government, and using social media to spread fake news. On 5 March, he was transferred to Tora Prison, south of Cairo. This is the fourth time he has been transferred in less than 30 days; after being detained at the Mansoura police station (in his hometown) until 13 February, he was then taken to Talkha prison until the 25th, and then transferred back to Mansoura after his pre-trial detention was extended for 15 days.

Lastly, yesterday he was transferred to the Tora prison complex where mainly political prisoners are locked up in maximum security, aka The Scorpion (سجن العقرب). The prison is sadly known for abuse, torture and violating human rights – such as denial of health care – that have risen exponentially since 2013, the year Abdel Fattah al-Sisi came to power.

“449 prisoners,” said Leslie Piquemal of the Cairo Institute for Human Rights (CIHR) to the agency, “have died in the Egyptian prison Tora between 2014 and 2018. These are the cases documented by the United Nations. If we open the scissors of time, between 2013 and 2019, the deaths increase to 917. Of these, 677 died because they did not receive medical care, 136 died of torture suffered by prison officers.”

The unbelievable situation is exacerbated by an extensive smear campaign in Egypt where, in response to Italian and European mobilization for the immediate release of Patrick, subject to electroshock detention, he has been depicted as a student of “immorality” who came to Italy to learn about homosexuality. This is due to the simple fact that Patrick is studying for a GEMMA Masters (Gender and Women Studies) at the University of Bologna and is an activist for the LGBTI community.

To substantiate this claim, on 20 February, the official Egyptian newspaper, Akhbar Elyom (خبار اليوم‎,) and national media outlets brought up the online magazine, Gaynews.it (Franco Grillini, News Director) whose editor-in-chief simply pointed out the 27-year-old’s humanitarian and social activism in some of the articles.