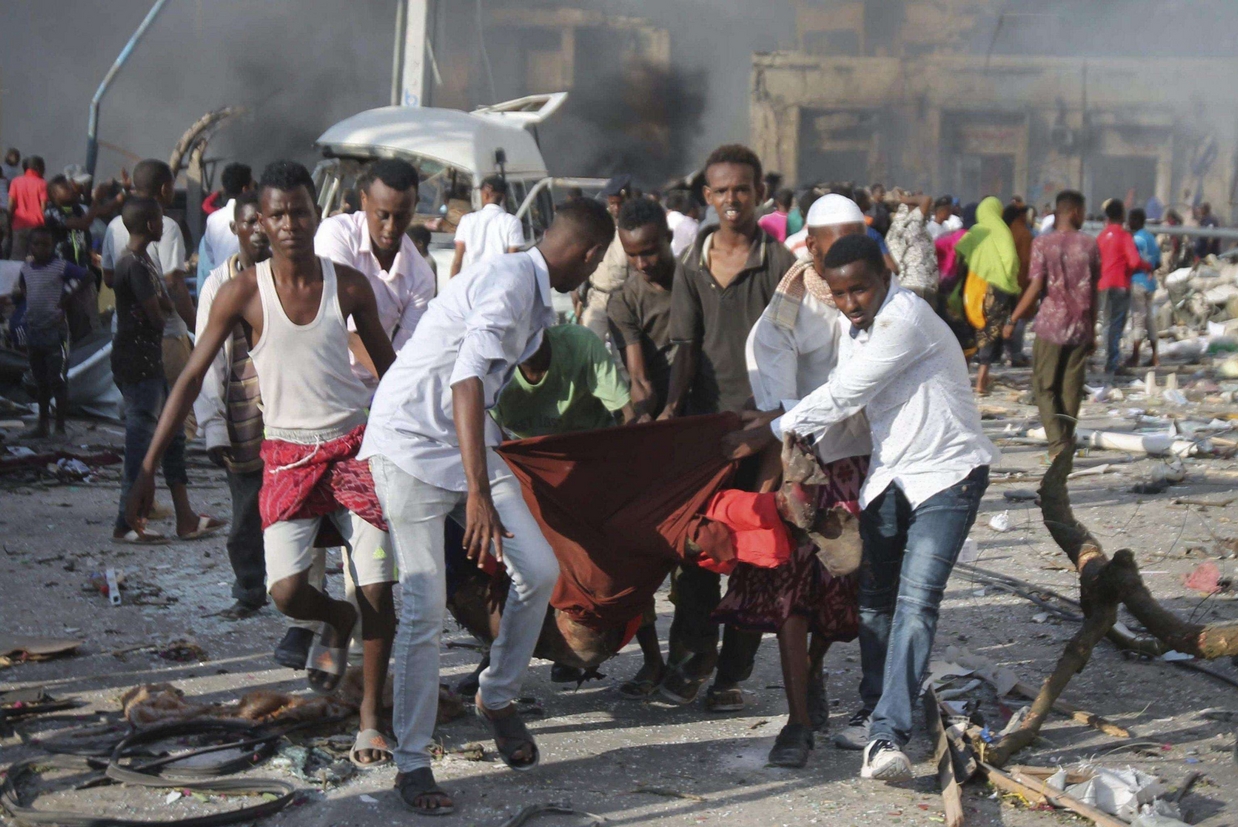 The broadcasting station quoted eye witnesses who said there were at least four civilian victims among the casualties.

Military sources did not provide details on the number of deaths in the attack. However, al-Shabaab claimed that 14 soldiers were killed.

The terrorists took control of the base for a brief period, destroying vehicles and damaging structures before retreating. Al-Shabaab is a terrorist group linked to al-Qaeda and opposes the UN-backed Somalian government. Driven out of Mogadishu in 2011, it still controls parts of  the countryside and often carries out bombings and armed attacks in the capital city. Last night’s incursion comes after the attack last Tuesday at the Syl Hotel near the presidential residence in Mogadishu.

The number of casualties has as yet not been verified, but it is feared to be in the dozens.