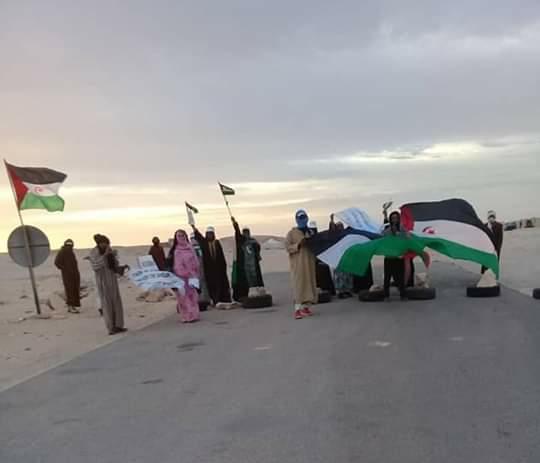 The Guerguerat crisis is once again at the forefront after the events that occurred in August 2017 that could have triggered a war between Morocco and the Polisario Front. El Guerguerat is an illegal land crossing in occupied Western Sahara located between Mauritania and Western Sahara. Its presence violates the military agreement between Morocco and the Polisario.

This morning, a group of Saharawi people closed the Guerguerat crossing where the Monaco-Dakar Rally was to pass.

Focus on Africa (FOA) contacted the Saharawi protestors in Guerguerat who confirmed that their presence in the area will continue until the participants of the rally turn around.

“The Saharawi people reject Moroccan occupation policies that try to establish their illegal sovereignty over Western Sahara like using convoys such as these that cross the occupied territory with their consent.” A protester told FOA.

Last Saturday, the UN Secretary-General issued a statement inviting the parties to respect the ceasefire, exercise maximum restraint and open the Guerguerat crossing.

According to some officials of the African Union and some neighboring African countries that denounce the practice, the Guerguerat crossing is used by Morocco to move drugs, in particular hashish, to other countries in Africa.