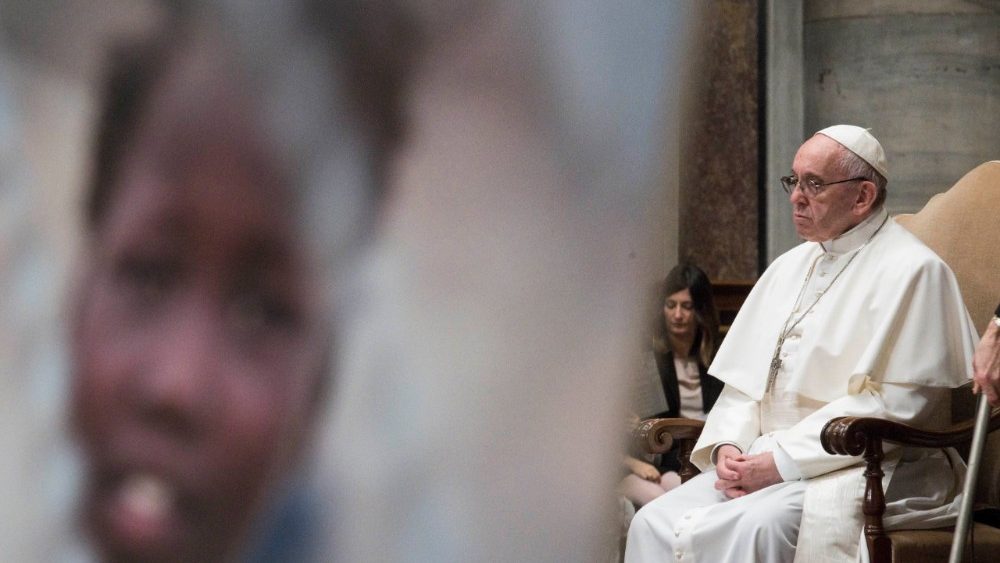 The Holy See has announced that Pope Francis will visit the Democratic Republic of Congo (DRC) and South Sudan from 2 to 7 July. The Pope, who is 85 years old, will first visit the DRC from 2 to 5 July, in particular the cities of Kinshasa and Goma, then he will go to Juba, the capital of South Sudan, from 5 to 7 July, responding to the invitation of the of State and of the Bishops of the two African countries, afflicted by years of violence and poverty, and for which Francis celebrated a vigil on November 23, 2017, asking the international community to help women and children.

A desire expressed for years to reach lands marked by violence and attacks is fulfilled. For the two African countries, #PapaFrancesco celebrated a vigil in 2017, asking the international community to help women and children @ SalvoCernuzio
Read 👉 https://t.co/12Ezta7Mgc pic.twitter.com/1bJocaWpIq

– Vatican News (@vaticannews_it) March 3, 2022
It will be the thirty-seventh apostolic visit of the Holy Father, but as the Vatican Press Office wrote in a press release, “above all it will be the realization of a desire expressed for years”. Francis will return to the African continent three years after his 2019 trip to Mozambique, Madagascar and Mauritius, and seven years after his November 2015 trip to Kenya, Uganda and the Central African Republic. In the latter nation, the risks were many due to the ongoing violence in the capital Bangui, however the Pope continued and symbolically opened the Holy Door in the local cathedral, so as to begin the Jubilee of Mercy.

As the Holy See observed, “the Pontiff has always shown particular apprehension over the situation in South Sudan and Congo”, for which he has repeatedly urged the international community to “make adequate efforts to bring peace to these areas of the world”.

A few minutes after the Vatican’s announcement, a press conference was held in Kinshasa in which Bishop Marcel Utembi Tapa, president of the National Bishops’ Conference of Congo (Cenco), said: “The Pope will come to revive the hope of the Congolese people , which needs peace, security and well-being ”. Cardinal Fridolin Ambongo, archbishop of Kinshasa echoed him, according to whom this visit is “an inestimable gift for our country, for our people, a people that today is going through difficult times”.

The DRC is a country of about 90 million people, afflicted by persistent armed conflict, is estimated to be 40% Catholic, 35% Protestant or affiliated with evangelical churches, 9% Muslim and 10% Kimbanguist (a Christian church born in Congo). It is a secular state, but the religion is widespread in the daily life of the Congolese and, at times, the Catholic Church has played a leading role in local politics. A significant stop is that of Goma, the main city in the eastern province of North Kivu, the scene of violence by armed groups for more than 25 years, as well as hit by a violent volcanic eruption in the course of 2021. Kinshasa, on the other hand, is a megalopolis with difficulties and problems typical of the endless cities of the southern hemisphere, but also with a growth rate like few in the world; it was already visited by a Pope in August 1985, when John Paul II spent two days there.

The visit to South Sudan, on the other hand, will be the first by a pontiff since the country’s creation in 2011. It is an unstable and poor nation, which experienced a bloody civil war between 2013 and 2018, but where there are still today. recurring clashes and horrors. According to a United Nations report published on March 1, at least 440 civilians were killed between June and September 2021 in clashes between the factions of rival Salva Kiir and Riek Machar, for which the Holy See itself was involved in negotiations with a mediating role. In 2019, Francis even invited the two South Sudanese leaders to the Vatican for a spiritual retreat after which he knelt in front of them and begged them to make peace, a symbolically powerful gesture that left its mark.